US telecom operators start a 5G battle, experts: the US advantage is not obvious 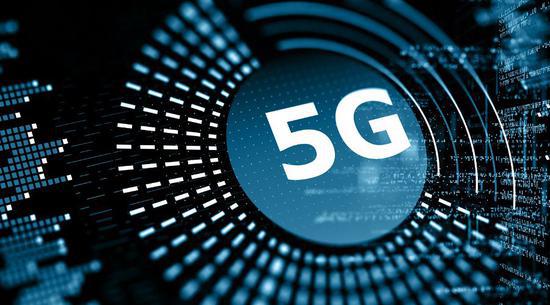 The United States, to take the lead in the 5G field?

According to the plan, the US government and the private sector plan to invest a total of 275 billion US dollars (about 1.84 trillion yuan) on the 5G network, create 3 million jobs, and ultimately increase the US economy by 500 billion US dollars.

In addition, Trump's speech confirmed that the United States will hand over the 5G construction to the private sector, rather than the government-led policy. Alan Burkitt-Gray, executive editor of Global Telecoms Business, who has more than 40 years of experience in telecommunications reporting, said in an interview with First Financial News that the US government has returned to this policy. Should be positioned.

In his speech, Trump declared that the United States has taken the lead in the global 5G competition. A senior telecommunications practitioner who did not want to be named told the First Financial Reporter that unlike the 3G and 4G eras, 5G technology is currently It is also a state of blossoming, and the US's leading position is not obvious. 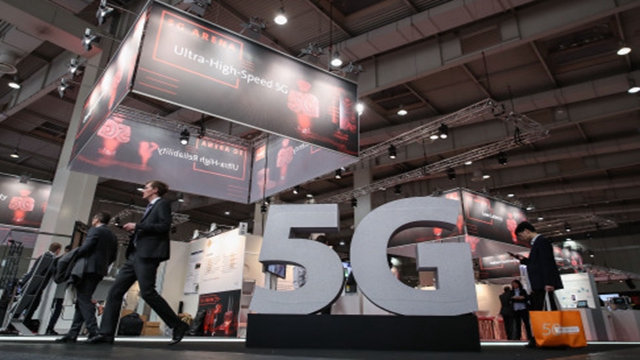 “The government will not spend a lot of money”

In his speech, Trump stressed that the 5G development in the United States will be driven and led by private companies, and will not adopt government investment and government-led methods. Therefore, the US government will not spend a lot of money.

He said: "In the United States, our approach is driven and led by the private sector. The government does not need to spend a lot of money. & rdquo; He also said: "You may have heard that there is another option, that is, through government investment to achieve this goal. We don't want to do this because it won't be so good, not so fast. ”

Trump’s above statement completely rejected the previous rumors that the United States would use government power to build a 5G network. In the past year or so, the US government has seriously studied the idea of ​​nationalization of 5G networks. According to US media reports, some officials of the US National Security Council and Trump's re-election team support the government's idea of ​​playing a role in managing 5G networks, and White House officials, including White House economic adviser Kudlow, have been in the office for several months. Expressed opposition to this practice.

In his speech, Trump also said, “In order to accelerate and motivate these investments, the government is releasing as much wireless spectrum as needed”. He said, “Until next year, the United States will have the most 5G spectrum in the world, which is a major statement. ”

The US Federal Communications Commission announced on the same day that starting from December 10 this year, it will launch "the largest spectrum auction in the history of the United States", operators can bid for three new high frequency bands of 37 GHz, 39 GHz and 47 GHz. Since November last year, the committee has started the 5G spectrum auction and issued 5G licenses. After the spectrum auction, the licensed operators also need to build a large number of new base stations in order to start providing 5G services.

Ajit Pai, chairman of the US Federal Communications Commission, said that Trump’s statement against nationalization is a “signal to the private sector” that current US companies are planning to invest tens of billions of dollars in 5G construction. . The US Wireless Communications and Internet Association (CTIA) said on the 12th that Trump’s statement on the day “completely ended any misconceptions about nationalizing spectrum resources. ”

Alan Burkitt-Gray, executive editor of Global Telecommunications Business, told First Financial reporter that it is appropriate for Trump to allocate 5G spectrum to the private sector. “It is suggested that the spectrum should be state-owned. This is especially an unrealistic idea for the United States.

In the above-mentioned anonymous senior telecommunications practitioners, the spectrum released by the US government is very wide and the conditions are favorable, which will be a great stimulus for American companies, equipment manufacturers and suppliers. He said, "will promote large-scale domestic telecommunications equipment manufacturers, chip manufacturers to increase investment in this area, and promote technological innovation."

Global manufacturers in the technology field

So, what is the current position of the United States in the 5G field?

According to a report released by the American Wireless Communications and Internet Association in early April, the United States is leading the way in high-frequency 5G spectrum, but the IF spectrum deployment is lagging behind. The high frequency band is characterized by higher capacity, but narrower coverage. It is mainly suitable for deployment in urban hotspots. The IF spectrum has the characteristics of high capacity and wide coverage, which is also crucial for the development of 5G.

He said that in the contribution of 5G patent technology, Asian and European manufacturers have high participation, such as Ericsson and Nokia in Europe, Samsung and LG in South Korea, each manufacturer has its own key breakthrough point. “The US is not very active compared to the US. In terms of patent contribution, the US is not in a leading position. & rdquo; He said.

As far as equipment is concerned, the above-mentioned people have particularly emphasized that the chip industry represented by Qualcomm in the United States is still in a leading position, and other companies such as communication equipment and terminal technology also have their own leading enterprises.

The US telecommunications industry is three-thirds of the world

In the 5G application field, the 5G battle for US telecom operators has started. Verizon and AT&T have launched 5G networks, the third largest carrier, T-Mobile and the fourth. The big operator Sprint also plans to launch a 5G network. However, there is currently only one Motorola mobile phone in the United States that supports this 5G network.

Among them, Verizon announced on April 3 that it will launch 5G mobile network services in parts of downtown Minneapolis and downtown Chicago, and the fastest speed is expected to be 10 times that of 4G networks. The maximum speed is 1Gbps (gigabits per second), which is about 10 times the peak speed of 4G networks, and the delay is less than 30 milliseconds, but the network usually downloads at 450Mbps (megabits per second). Outside the 5G network coverage area, the user's mobile phone will automatically switch to 4G LTE (ie 4G long-term evolution version) network.

Verizon originally planned to launch the service on April 11th, but it was about a week ahead of the launch of the service in South Korea. In February of this year, Verizon announced that it will launch 5G services in at least 30 US cities this year, but Hans Vestberg, president and CEO of the company, said that it is unlikely to have much revenue before 2021.

AT&T announced in December 2018 that it piloted a 5G network in 12 cities in the United States, but the signal that the company sent to some users' mobile phones was marked as “5G E” signal, the so-called “5G Evolution”. Therefore, AT&T is accused of not actually providing 5G network services, and related services are still running on 4G networks. Its rival Sprint even sued AT&T in February this year, allegedly using false 5G tags to mislead consumers.

The two operators, T-Mobile and Sprint, are planning to merge and form a new operator, New T-Mobile. If they are finally licensed by the regulatory authorities, the user size may exceed AT&T, and the US telecom market will form a three-point world in the future. In this way, the two base station resources and spectrum resources can complement each other, which is conducive to building dense 5G networks more quickly.