Gartner analysis, the growth is mainly attributed to Lenovo's inclusion in Fujitsu shipments in the second quarter of 2018 after the acquisition. Lenovo shipments have increased in Fujitsu's high market share areas such as Europe, Africa and the Middle East (Europe, Africa, Middle East; EMEA) and Japan. 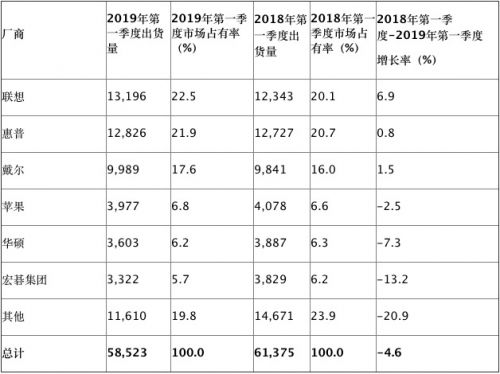 Dell recorded five consecutive quarters of growth in PC shipments in the first quarter, including Europe, Africa, the Middle East, Latin America and Japan, but declined in North America and the Asia-Pacific region.

In addition, Apple PC shipments in the first quarter were 3.977 million units, down 2.5% year-on-year.