Huawei has been awarded 40 5G commercial contracts and over 70,000 5G base stations have been shipped globally. 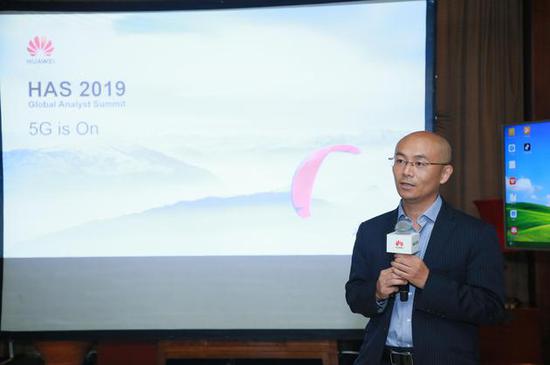 He said that in 2019, all the key elements of 5G commerce were in place, including frequency, chips, terminals, operators and so on. From the perspective of 5G end-to-end readiness, 3GPP R15 standard has been basically completed, focusing on eMBB business; the upsurge of 5G spectrum auction/allocation is coming, more than 50 countries and regions will issue 5G-related spectrum in the year; 60 5G commercial networks are expected to be deployed globally in 2019; mainstream chip manufacturers have issued 5G commercial chips, and Huawei has completed IoD with these chip manufacturers. T test. Standard, spectrum, network and chip are all available, laying the foundation for 5G commercial use. Especially important, 5G network and terminal synchronization mature, in 2019, the industry is expected to release more than 40 5G terminals andMobile phone。

This year is also the first time in history that smart terminals, chips and base stations are commercially available in the same year. According to analysts'estimates, according to user development, it took 10 years for the 3G era, 5 years for the 4G era and 3 years for 5G to reach the goal, based on the scale of 500 million users.

So far, Huawei has signed 40 commercial contracts worldwide, including 23 in Europe, 10 in the Middle East, 6 in the Asia-Pacific region and 1 in Africa, and more than 70000 global shipments of 5G base stations have been signed, Mr. gan said. Huawei has helped South Korean operator LG U build the world's largest commercial 5G network and has successfully delivered 5G to consumers, and is working with multiple operators around the world to speed up 5G commercial construction.

With the deployment of C-band 5G macro station on the conference site, Huawei, in conjunction with China Telecom, succeeded for the first time in realizing multi-party video calls on 5G smartphones in Dawan District, Guangdong, Hong Kong and Macao. The four sides of the call are located in Shenzhen Telecom Shuangchuang Park, Shenzhen Overseas Chinese City Intercontinental Hotel, Guangzhou "Xiaomanyao" and Zhuhai Port-Zhuhai-Macao Bridge. The successful demonstration of this business also shows that the scale deployment of 5G network in China is accelerating.

Hua5G base station can support both NSA and SA architectures, cloud core network can also support both 4G EPC and 5G Core; therefore, it can support the integration of NSA and SA, and NSA and SA terminals can access the same 5G network at the same time. Huawei has successfully carried out 5G multi-site network validation of NSA and SA convergence network in Guangzhou, Shenzhen and other places. For operators, NSA or SA can coexist in harmony. In the future, NSA base stations can evolve smoothly to SA through software upgrade.