Rao Quan said in his speech that the establishment of the Internet Information Strategic Preservation Project in the National Library is based on the long-term development of national information security and social informatization construction, building a hierarchical and distributed Chinese Internet information resources collection and preservation system covering the whole country, timely and effectively recording the development of civilization in the times, extracting, accumulating and inheriting the latest achievements of Chinese civilization and its related achievements. Vivid presentation form. In order to achieve this goal, libraries need to unite with more social forces to jointly promote the social preservation and service of Internet information. 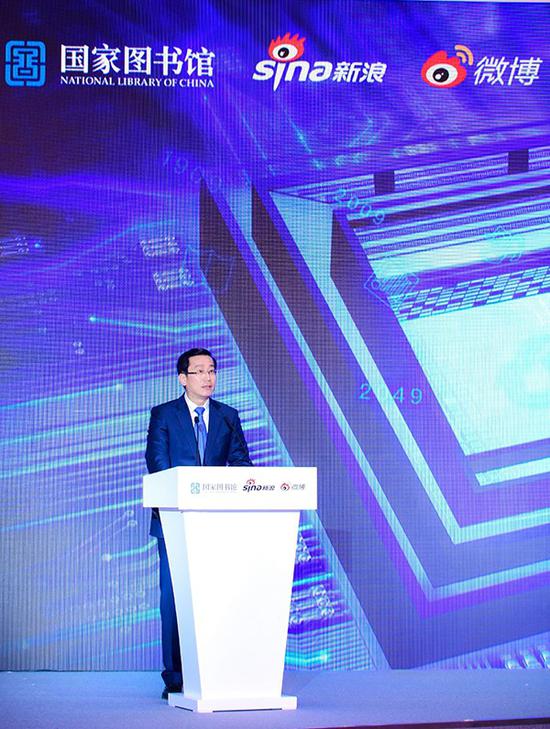 Speech by Rao Quan, Director of the National Library

In his speech, Wang Gaofei said that it is Sina's duty to participate in the protection and application of Internet information. Sina will continue to give full play to the technological and platform advantages of new media to ensure the security of information storage, and explore and innovate application methods with national libraries, so that Internet information can better serve to improve the accuracy and effectiveness of public services, serve social governance innovation, and play the greatest social value. 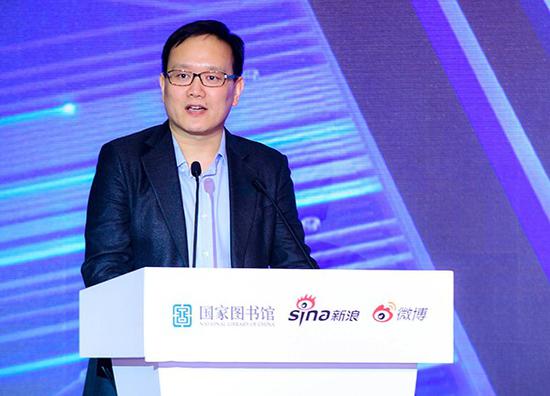 The event was held at the site of the 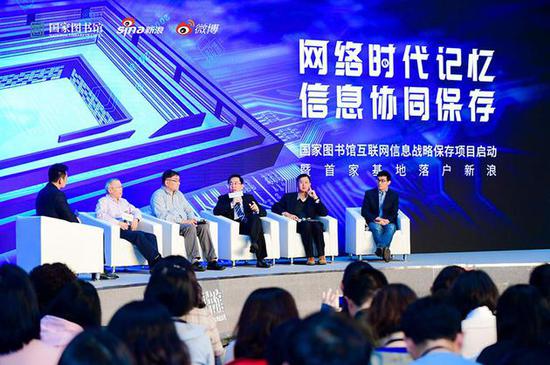 Round Table Forum for Academic and Industry Guests

Therefore, the National Library launched the Internet Information Strategy Preservation Project. Enterprises that carry out Internet business in China and are in the leading position in relevant fields can apply to be the co-construction subject of the Internet information strategy preservation base. The co-construction subjects should ensure that the information and data provided by them are complete, effective and safe, and have legal ownership, intellectual property rights or have been authorized accordingly.

In order to realize the synergistic effect between the academic advantages of national libraries and the technical advantages of Internet companies, Internet information preservation projects adopt a social preservation model for information. Information data are still kept by the co-constructors. According to the preservation criteria, data selection mechanism and service needs, the National Library of China integrates part of the data into the national document information strategy preservation system and carries out joint analysis with the co-constructors to serve non-commercial purposes such as policy decision-making and academic research.

To promote the construction and preservation of digital resources is a national library.

The news released by Sina. com and the blog published publicly on Weibo will be preserved by the Internet Information Strategy Preservation Base. As of December 2018, Sina has released more than 210 million news articles, 1.3 billion pictures, 45 million videos and more than 8 billion interactive articles. The total number of blog posts, 50 billion pictures, 400 million videos, comments and praises on Weibo is nearly 500 billion. The newly released content on Sina. com and Weibo will also continue to be preserved.

Since 1998, Sina has completely experienced the evolution of Chinese online media from portals to blogs to microblogs, and has been in the lead in every period. The information and data accumulated by Sina are not only the integration of media reports, but also the professional opinions of experts and the fragmented expression of netizens. In particular, as a social media platform, Weibo not only records the development process of major social events, but also records the public's attitude and emotions towards major events by means of extensive participation. As of December 2018, the number of active users on Weibo monthly reached 462 million, of which more than 40% were younger than 22 years old, and more than 56% were active users from third-and fourth-tier cities. Users of different ages, regions, education and cultural backgrounds publish content that can provide multiple references for policy decision-making and academic research, as well as valuable information for historical and social research from a public perspective.