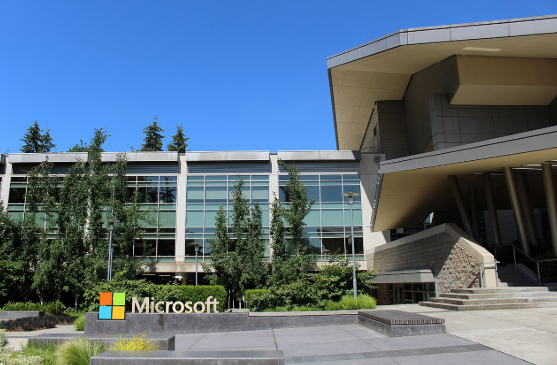 But Microsoft lacks an official response to internal anti-diversity information, which illustrates the challenges companies face in their actual efforts. This situation is reminiscent of Google's former software engineer James Damore, who criticized Google's diversified efforts and published an internal memo to spread the "anti-diversity declaration."

A few days later, Google fired him for violating the Code of Conduct and "promoting harmful gender stereotypes." This situation has caused Google to be widely criticized by conservatives. Damore subsequently filed a lawsuit against Google for illegal dismissal.

In this case, Microsoft employees seem to be opposing the notion that discrimination and harassment among women and minorities in technology, saying the company is overcorrecting its employment practices and encouraging managers to avoid hiring white and Asian men.

“Does Microsoft have any plans to end the current policy of economically stimulating discriminatory recruitment practices? It needs to be clear that I mean that if senior leadership discriminates against Asians and whites, they will get more money.” The article documents data written by a female engineer owned by Microsoft. Quartz reports that these and other similar posts were primarily produced on the "CEO Connect" Yammer channel, which means they are designed to address issues that employees want Nadella to solve when talking to the entire company.

Microsoft told The Verge that senior staff, including members of the HR team, had posted in one of the posts saying that the company did not allow any form of discrimination, while another official issued a clarification on how misunderstanding of diversity is based on compensation. jobs. Microsoft said that there are also a large number of opposing points in the thread to support diversification, and the overall discussion mainly involves a few dozen employees. However, Quartz reports that one of the most active anti-diversity threads contains more than 800 comments, and another independent thread last year related to the lack of diversity in Microsoft's Azure cloud computing department produced more than 1,000 comments.

The company declined to comment further on disciplinary action or its policy of allowing employees to make similar criticisms.

This situation highlights the complex compromises that represent technology companies that are often reluctant to impose restrictions on internal employees' opinions, but often fail to achieve broad diversity goals and difficult choices related to workplace culture. According to Nadella's e-mail after women began sexual harassment and discrimination in the company, Microsoft has instructed its employees to oppose its diversification may have a negative impact on their careers.

“In the past year, we have increased our commitment to provide each employee with new core priorities. If you have not helped create an inclusive culture, your rewards, your career path, or even your employment. Will be affected," Nadella wrote, adding that Microsoft's senior leadership members have a diversified goal tied to their pay. “In summary, I believe these new steps will enable us to create an inclusive culture more quickly, value diversity, and help us all grow our minds and learn from each other.”

However, some Microsoft employees now ask Nadella and his management team whether the promise of diversity and inclusiveness is true, because criticizing its efforts seems to have no negative impact. “Human Resources, Satya, all leaders are sending emails that they want to have an inclusive culture, but they are not willing to take any action.” An employee told Quartz. “They allow people to publish these destructive stereotypes about women and ethnic minorities, and they have not taken any action on them.”