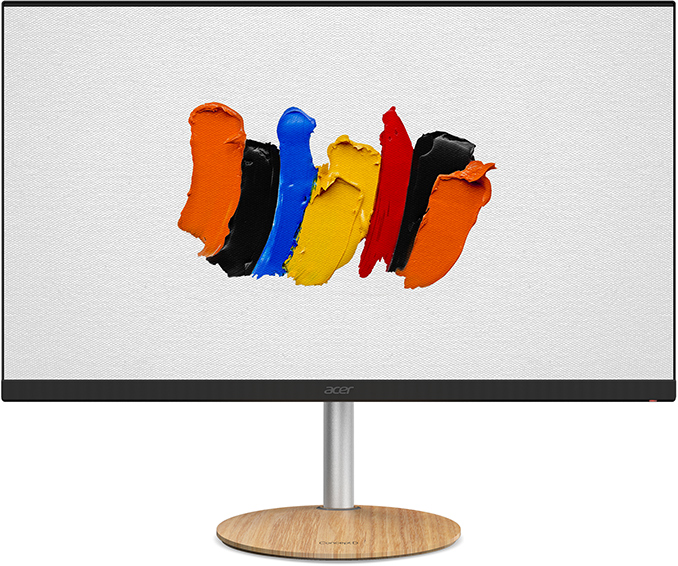 In particular, the display has 1,152 Mini LED zones that support dynamic local dimming throughout the region. Based on hundreds (or thousands) of independently controlled Mini LED backlights, LCDs are expected to be closer in contrast, color gamut, brightness, etc.OLED.

The industry's leading panel supplier, demonstrated prototypes as early as last year, and plans to commercialize Mini LED's Ultra HD in 2019.TV. It seems that Acer and ASUS and other PC display manufacturers are ready to sell.

To ensure that professionals get a great out-of-the-box experience, Acer also teamed up with the Pantone Color Institute to pre-calibrate the ConceptD CM7321K display to provide excellent color accuracy (Delta E <1).

In addition, the display received VESA's DisplayHDR 1000 certification. As VESA's highest standard for HDR displays, this means it supports at least HDR10 (unfortunately, Dolby Vision is not available).

For connectivity, the display offers two lightning 3 (one input / one output / dual display daisy chain), four HDMI 2.0b + one DisplayPort 1.2 input, and a pair of 3W speakers built in.

It is reported that the Acer ConceptD CM7321K display will be launched in September this year, with a suggested retail price of $2,999 (3,199 Euro / 20106 RMB). Given the cutting-edge nature of the Mini LED backlight, this high price is not unexpected.