The rumors that Huaxintong closed quickly triggered a huge discussion, the key point is mainly ArmserverSuccess or failure and the impact on the development of China's core. 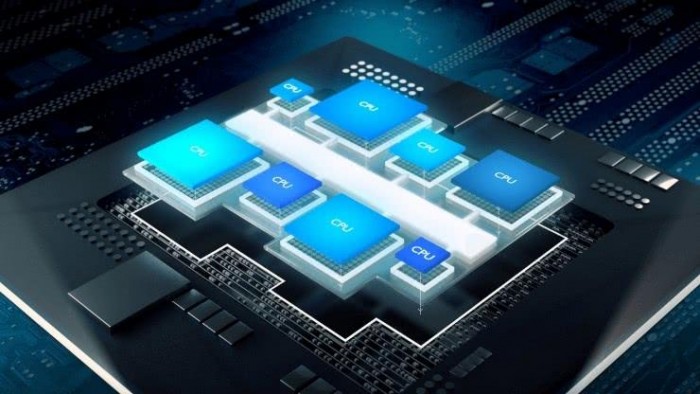 Speaking from the Arm server

In the latest developments of Huaxintong's official website, Arm is the most visible keyword, and leadership inspections and strategic cooperation have also appeared many times. So let's talk about it from Arm. On January 17, 2016, the Guizhou Provincial People's Government signed a strategic cooperation agreement with Qualcomm and unveiled the joint venture Guizhou Huaxintong Semiconductor Technology Co., Ltd. The joint venture will focus on designing, developing and selling advanced server chips for use in China. 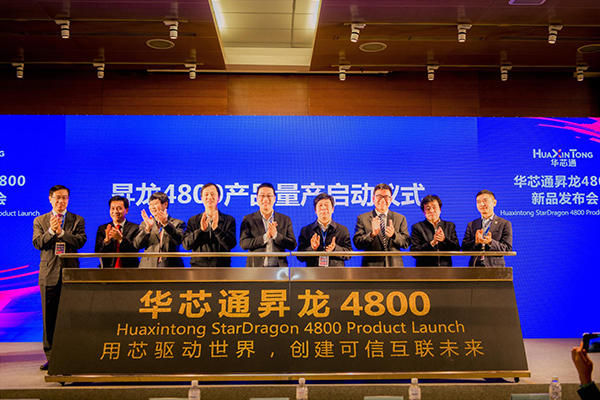 In the server chip market, Intel x86 architecture chips have a leading position, but the lucrative server market has attracted many companies to enter this market. There are many chip giants, and they all try to challenge Intel's x86 architecture with the very successful Arm architecture in the mobile processor space.

AMD tried it in 2012, when CEO Lored announced AMD's new strategy, saying that AMD will be authorized by the Arm instruction set and will launch an Arm-based low-power server chip, which is expected to ship in 2014. Prior to this, AMD spent $334 million to acquire SeaMicro, a company focused on the micro-server market.

Subsequently, AMD introduced the first AMD Arm processor Seattle (later Opteron A1100 series), and the A110 processor was based on the Arm Cortex-A57 architecture. Of course, AMD is still optimizing the Arm architecture, which is the K12 processor. AMD has high hopes for the K12 architecture, and even launched the Sky Bridge program, which designed the K12 processor and X86 as pin-compatible products. However, the K12 architecture has been postponed, failed to go public in 2016, project architect Jim Keller also left AMD, AMD bought SeaMicro was also abandoned, and finally AMD's Arm low-power server project is in name only.

At the time, some analysts believe that abandoning the Arm server is a good thing for AMD, because it will help AMD save at least $25 million in two years.

After AMD, GPU giant NVIDIA has explored the use of its 64-bit Tegra processor into the server market, but eventually changed its strategy to provide graphics chips that are compatible with other companies' Arm server chips. Samsung has also been vigorously developing the Arm server chip, and has dug senior executives from the AMD server department to take charge of related projects, but it has long been abandoned.

In addition, Applied Micro, Cavium, Calxeda, and Marvell are actively developing server chips based on the 64-bit Arm v8 architecture. Arm also has high hopes for the server market, Arm plans to occupy 10% of the server chip market in 2017. However, neither Arm nor chip makers have achieved this goal.

Under such circumstances, Qualcomm's choice to cooperate with the Guizhou government is obviously a more secure approach. On the one hand, the development of China's chips must be autonomous and safely controllable, and since the developed chips are only used in China, this will guarantee the orders of the joint venture company. According to the data, Huaxintong registered capital of 1.85 billion yuan (about 280 million US dollars), Guizhou government accounted for 55%, and Qualcomm accounted for 45%.

In 2017, the Qualcomm Arm architecture server chip Centriq 2400 began to sell, using Samsung's 10nm process, power consumption and cost is better than Intel Platinum Edition Xeon 8180 processor. When the chip is released,MicrosoftExpressed interest in the chip, but after that Qualcomm has been silent on the progress. 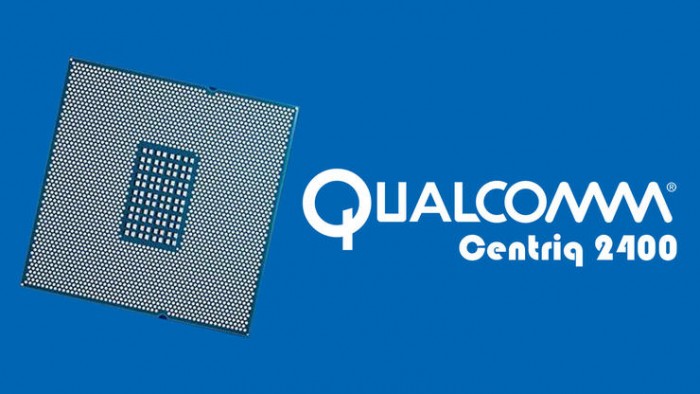 In May 2018, Bloomberg News revealed that Qualcomm is preparing to abandon the data center server chip. In June, it revealed another 280 job cuts in its data center. However, Qualcomm denied its withdrawal from the server chip market.

The dilemma of the Arm serverHuaweiIncoming

Experienced chip giants want to challenge Intel with the Arm architecture server chip, where performance and power consumption are not critical, because Qualcomm Centriq 2400 power and cost is better than Intel Platinum Edition Xeon 8180 processor, the key It's software and ecology. 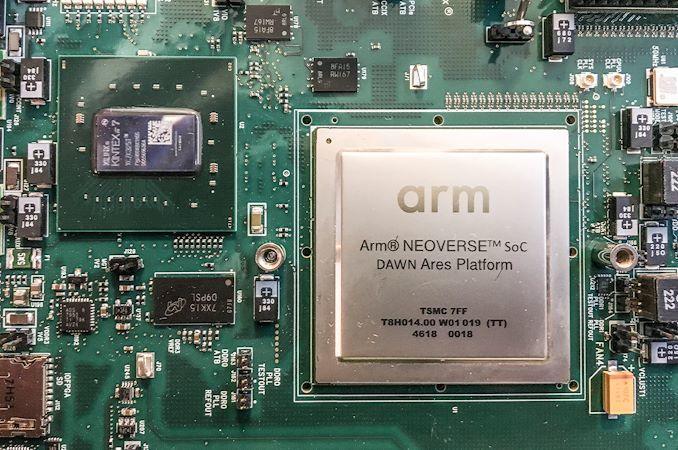 Today, most of the cloud computing server domain uses the Linux kernel operating system. Linux founder Linus Torvalds believes: "Now developers are mostly developing on x86-based platforms, and the machines used by developers during the development process are also x86 architectures, which makes it easy to deploy cloud applications to servers. However, if you use an Arm-based server, the developer develops on a local machine with an x86 architecture, which will cause the test to not match the working environment. Therefore, the cloud computing provider will lower the priority of other processor architectures, resulting in other Processors in the instruction set architecture are even less able to enter this market."

Arm should also be aware of this problem. In October 2018, Arm introduced the Neoverse brand. Although it is an IP product based on the Arm instruction set like Cortex-A, it is mainly aimed at the high-performance computing market.

At the same time, Arm also announced that Ampere, Huawei, Huaxintong, Marvell and Qualcomm and several ODMs have obtained the Arm ServerReady 1.0 certificate.

Soon after, in January 2019, Huawei announced the launch of the Arm architecture processor Kun Peng 920 (Kunpeng 920), and the TaiShan server based on the Kun Peng 920, Huawei.cloud serviceIt will be mainly applied to scenarios such as big data, distributed storage, and Arm native applications. According to Huawei, the 鲲鹏920 is currently the industry's highest performance Arm architecture processor. At typical frequencies, the SPECint Benchmark scores over 930, exceeding the industry benchmark by 25%, and the energy efficiency ratio is 30% better than the industry benchmark. 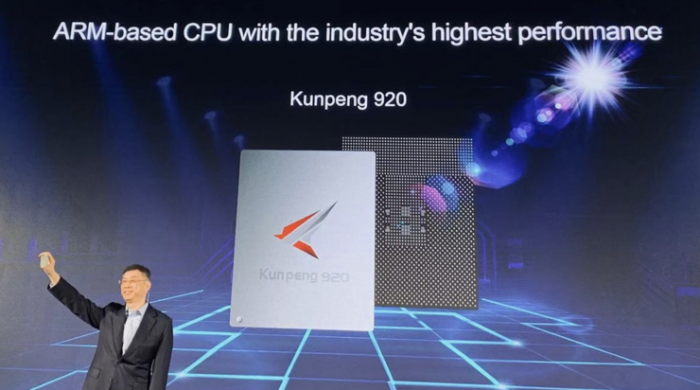 Arm is also very active in promoting the development of the Arm architecture server. In February of this year, Arm released the new platform of Neoverse N1 and E1, which is optimized by 7nm to achieve higher performance and high scalability, and hope to promote the next wave of infrastructure platform transformation.

This time, another heavyweight player Huawei entered the game, and with the positive push of Arm, can the Arm architecture server chip solve the problem? Lei Feng believes that the difficulty is still huge, but still need to remain optimistic. Last week, it was reported that Fujitsu began to produce Japan's billions of super-calculations. Compared with the existing super-calculation, the biggest change of the next-generation Jingchao calculation is that the processor has completely shifted from SPARC64 architecture to Arm. Fujitsu has announced its independent research and development. ARMv8 SVE (Scalable Vector Extension) chip.

Looking back, I will see the rumors that Huaxintong will be closed. From another perspective, this is also the setback that China Core encountered during its development. Since Huaxintong is a joint venture with Qualcomm, after the news of Qualcomm's withdrawal from the server chip market, the industry insiders immediately proposed the next “How to do Huaxintong”? Questioning and questioning began to spread. Subsequently, Huaxintong issued a “serious statement”, stating that individual media has been “untrue speech” and that he has continued to work hard for “strong core dream”. 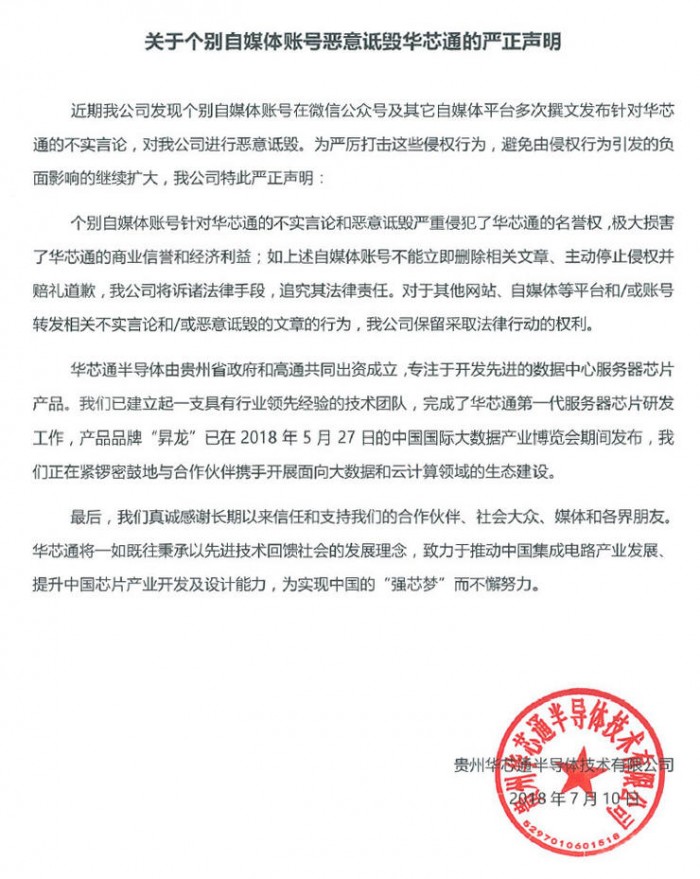 Qualcomm President Amon also said at the 2018 China International Big Data Industry Expo: "We have not withdrawn from the server chip business. As a shareholder of Huaxintong, Qualcomm will continue to be Huaxintong in terms of technical expertise, design capabilities and management. Provide important support and help to ensure that Huaxintong has sufficient resources and the overall strength of China's integrated circuit industry. "

However, for products with high-tech thresholds such as chips, technology introductions often start with OEM or vest products. Only after several generations of technological development and iterative evolution can we slowly accumulate truly independent products. Today's very powerful Apple A-series processors are also experiencing this process.

Therefore, Qualcomm's current situation in the Arm server business obviously has a huge impact on Huaxintong, which is not difficult to understand the difficulties encountered by Huaxintong. Of course, this is just an analysis from the perspective of technology and the development of the Arm server.

The challenge of the Arm server chip is still huge. The good thing is that we can see that Arm and its upstream and downstream partners are still working hard for this, and if the significance of success is more prominent. Related to this is the development of China's semiconductor industry, the localization of chips, autonomy, especially the autonomy of high-end chips is placed in a very important position, for high-tech thresholds, high-input, talent-intensive and long-term chips In the industry, choosing to establish a joint venture with a leading foreign chip company for technology introduction is indeed a fast way, but it also relies heavily on partners. There are not many companies in China that have invested heavily in R&D and have achieved good results. Huawei’s success on the chip is what China’s core needs.

Lei Feng.com believes that under the background that domestic capital and policies are strongly supporting the development of the semiconductor industry, the problem of scarcity of talents is even more prominent.