Revealing Apple Recycling Lab: 87% of old iPhones have been refurbished and resold 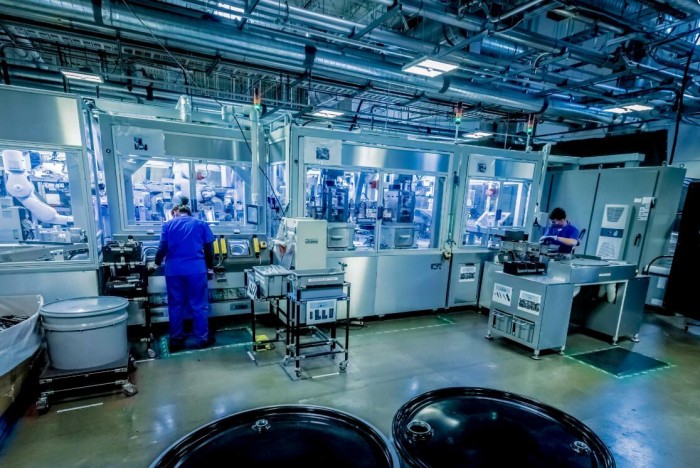 The robot is called Daisy. It has a length of 10 meters and 5 arms. It can decompose 15 models at a rate of 200 per hour.iPhoneMobile phoneAny of these, including the iPhone 5S from the 2012 iPhone 5 to 2018. In this coordinated and sometimes intense dance, Daisy removed the phone's screen, batteries, screws, sensors, logic boards and wireless charging coils, leaving only the aluminum body.

Apple believes that sharing your own lessons can also help others. According to a UN report, in 2016, 44.7 million tons of e-waste was produced worldwide, equivalent to the weight of 2.1 million statues of Liberty. Only 20% of them, or 8.9 million tons, are recycled. 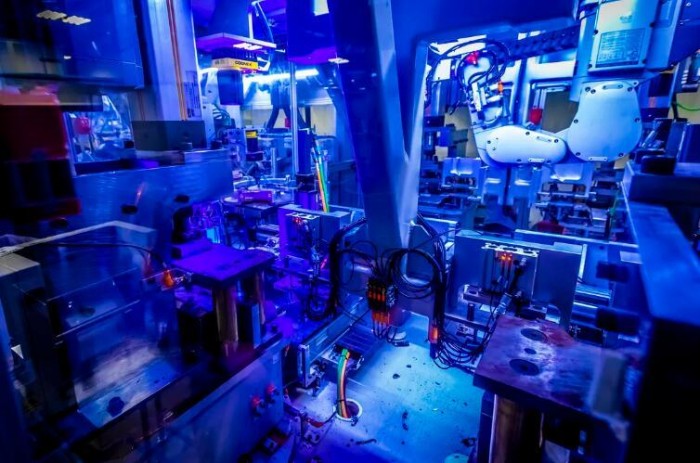 When other electronic products such as laptops, printers, and monitors are recycled, they don't bother to disassemble, but instead they are placed in a shredder or hammer-like machine that smashes the device. In order to recover important materials in it.

This process often causes the materials to mix together, making them less pure and less valuable. Despite this, there are still a series of screens and magnets that attempt to collect the available material before the remaining material is thrown away. That's right, recycling also produces garbage, which is where Apple thinks it can help.

If recyclers can learn to disassemble technology, they can collect valuable materials more efficiently. Apple has already begun to do this.

Apple is one of the world's largest mobile phone manufacturers, with just 218 million iPhones sold last year. For more than a decade, Apple’s mobile phones have been able to orbit the Earth for more than 13 laps.

Apple's huge success and the business of countless other computer/equipment manufacturers have cost the environment a lot of aluminum, cobalt, copper, glass, gold, lithium, paper, plastic, steel, bismuth, tin. , tungsten, zinc and other raw materials, used for melting, extrusion, compression, etching, polishing, and become the magical equipment for our daily use.

TVThere are no more critical components on the tablet screen, and there are no parts that help the magnet vibrate on the watch and the phone. 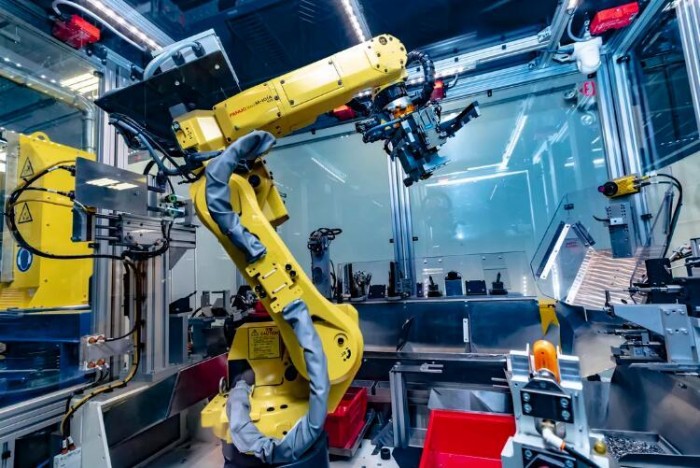 Apple's recycling robot, Daisy's predecessor, Liam, which was designed to disassemble the iPhone 6.

When we upgraded to a new device, another problem arises, that is, how to deal with old phones. First, our old phones are often placed in drawers as a spare, just in case. Second, we can ship them to electronic recyclers, which are crushed to recycle materials as efficiently as possible. Third, we may throw our favorite mobile phone into the landfill.

On the other hand, Daisy may also be an expensive and cynical public relations strategy adopted by the world's wealthiest companies to cover up the damage caused to the planet.

Waynes also spoke to legislators, encouraging “remediation rights” legislation, forcing technology companies to allow people to use tools and information to repair their equipment. In 2016, Wiens sold a $21 million kit and parts to help people replace damaged screens, cameras, buttons and batteries on their devices.

When asked how can I believe that Apple is taking environmental issues seriously? How can I make Apple live up to its good-looking ads? For example, when Apple released the "State of the Environment" report, how does it sell its products without certain chemicals? Or Apple's latestMacBookThe Air case is 100% made of recycled aluminum, including some materials from the iPhone. When does this make sense?

Wiens said that one big challenge is Apple's secret culture. From the plans of the next generation iPhone, to the repair of the manual, to the technology behind Daisy, Apple is tight-lipped about many things. This makes it difficult to determine which of Apple's promises are true and which are just marketing gimmicks.

If Apple made a sub-optimal choice, let the company get involved, see how Daisy works, and try to integrate some of these technologies into existing recycling projects. What happens? Waynes said: "That will be very interesting."

Apple developed the Daisy to help the so-called "iPhone End of Life." It took too much money to retrofit these equipment to perfect working conditions, so Daisy dismantled them, stripped their parts and recycled them into copper, aluminum, cobalt and other raw materials for reuse.

Overall, of the approximately 9 million iPhones Apple received from customers last year, 7.8 million were refurbished and resold to new users, and 1.2 million were dismantled by Daisy.

Apple understands that not everyone has nearly unlimited funds and resources like it does. The iPhone maker achieved nearly $20 billion in profits during the holiday shopping season last year, and more than $245 billion in cash and investments are readily available. This helps pay for the huge cost behind the development of expensive machines like Daisy. 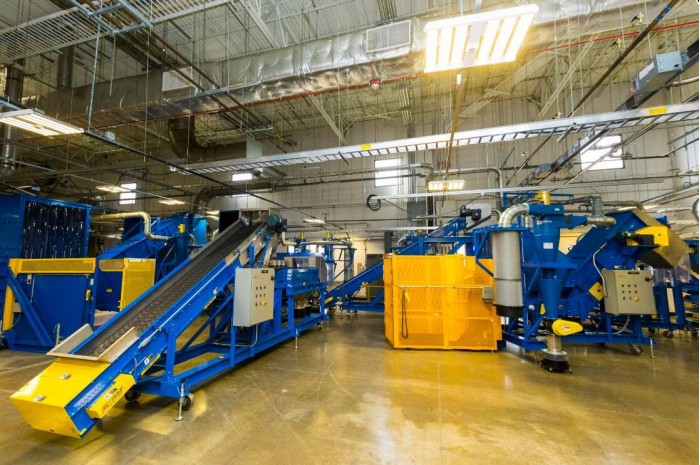 Apple has purchased many of the machines currently used by electronics recyclers and hopes that Daisy’s technology can help improve the problems of these machines.

In order to point the right direction to other companies, Apple bought large shredders and shredders that you can find at most of the world's electronic waste recyclers. The company also placed a few tables next to them so that people entering the lab could work with Apple to integrate Daisy's innovative technology into the existing technology that most recyclers already have.

Apple also plans to patent and license the technology of Daisy. Apple's vice president Jackson said: "By defining, technology is about new things, about things that could not have happened before, but because of some great innovation, it can now become a reality."

At a symposium a few years ago, Jackson said that Apple would focus on durability because the company realized that its products would usually have two or three owners before they could be recycled. She said: "We are committed to creating a circular economy in manufacturing. We want people not to throw their equipment into the drawer, but to return it to the apple so that they are not wasted and will not be thrown into the trash. Landfill."

Jackson added: "The iPhone contains more than 100 components, and we are studying how to get them back into the supply chain. Apple's business opportunity is that Apple is willing to pay for it when someone claims to be able to extract cobalt or tungsten from batteries. "In the end, Apple hopes to create a "recycling closed loop." At Apple, this means receiving equipment, either renovating them and reselling them, or recycling them so that they can be reused for new equipment.

So far, the iPhone battery dismantled in Daisy has been handed over to recyclers, who use cobalt to make new batteries for Apple products. Apple also uses 100% recycled tin in logic board solders for 11 products. Don't forget, the Apple MacBook Air's case is made of 100% recycled aluminum.

Apple is not the only company with a strong environmental program, but it is the most interesting. Not far from Apple, Dell, the world's third-largest PC maker, is always using recycled marine plastic packaging products. Dell is also promoting sustainable, waste-free shipping packaging and refurbishment.

Hewlett-Packard (HP), the world's second-largest PC maker, says its paper and packaging are no longer from deforestation, but are made from recycled plastic and offer many of the industry's easiest to repair computers. Lenovo, the world's largest computer maker, said the company has added recycled plastics to its devices.

Daisy is actually Apple’s second-generation recycling robot, and their first robot is called Liam. The robot was released in 2016 and is designed to be used to disassemble the iPhone 6. Apple chose to focus on disassembling the iPhone because it is one of the most difficult to recycle products, and the company sells a lot of this product. Jackson said that in the end, Apple Lab will also use robots to disassembleiPad, Mac computers and even AirPods. 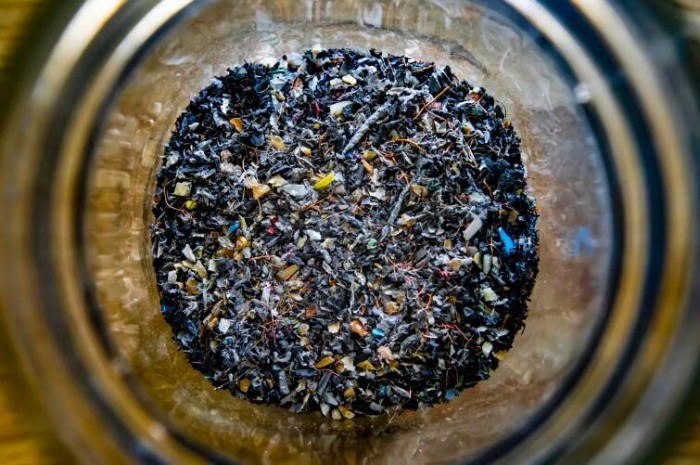 Recycling materials that are usually mixed and not pure enough

However, whether Apple will attract scholars, recyclers and other companies to participate in its new projects remains an open question. At the same time, the company is still collecting more unused or damaged iPhones, either refurbished or handed over to Daisy for recycling.

In addition, Apple has also expanded its iPhone upgrade plan, which is a monthly installment plan. When the new device is launched, Apple users can simply switch the new iPhone to the new one and then re-purchase it with the new installment payment method. As you might guess, these handed-in phones are either refurbished or sent to Daisy for dismantling.

After visiting Apple's secret recycling lab, I stayed in the noise of the servo system in Daisy for a while. While one may disagree with Apple's motives or methods, there is no doubt that Apple employs a number of former Obama-era government workers who are passionate about climate change, the impact of climate change on the planet, and the role Apple plays. The question is whether Liam, Daisy and Apple can really make a difference.