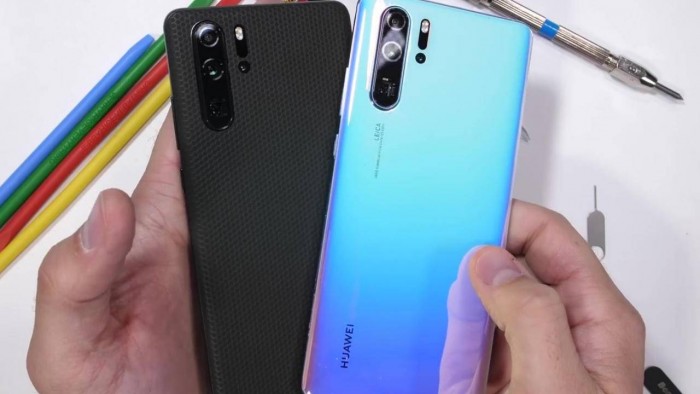 Last yearHUAWEIP20 Pro showed severe scratches in Zack Nelson's test and failed the subsequent break-and-bend test. Fortunately, on this year's flagship, Huawei has increased the durability of the flagship. Huawei's P30 Pro screen supports 6-level Mohs hardness, which is consistent with tempered glass screen. Interestingly, no mention of Corning gorilla glass was made in Huawei's official propaganda. Under severe scratches, the fingerprint sensor under the screen still works properly.

In the breaking test, Huawei P30 Pro did not break completely under Zack Nelson's strength. He argues that the new arc screen edges increase the structural integrity of the device, but at a cost.Mobile phoneIt's easier to damage the screen when it falls.

Another strange thing to note is that,OLEDThe panel can not be restored after the lighter burns, which may be a common feature of OLED panel.