The concentration of population to large cities is a universal law of urban development in the world, which makes the limited physical space of the city continue to expand.

Infrastructure construction seems to be unable to catch up with people's demand for traffic efficiency. Congested traffic conditions have become a problem that must be faced and solved in urban planning and development.

Imagine if the traffic network becomes stereoscopic from the two-dimensional space to the three-digit space, will the congestion situation be alleviated? This seems to be a solution.

In the future, over the city we live in, we may form an invisible transportation network that provides air transportation and logistics services. Meeting us will be an era of flight.

In the sixth phase of the visible future, the Tencent News Group visited Airbus and Muyu Airlines, and we tried to explore the three-dimensional picture of the future of the transportation network. 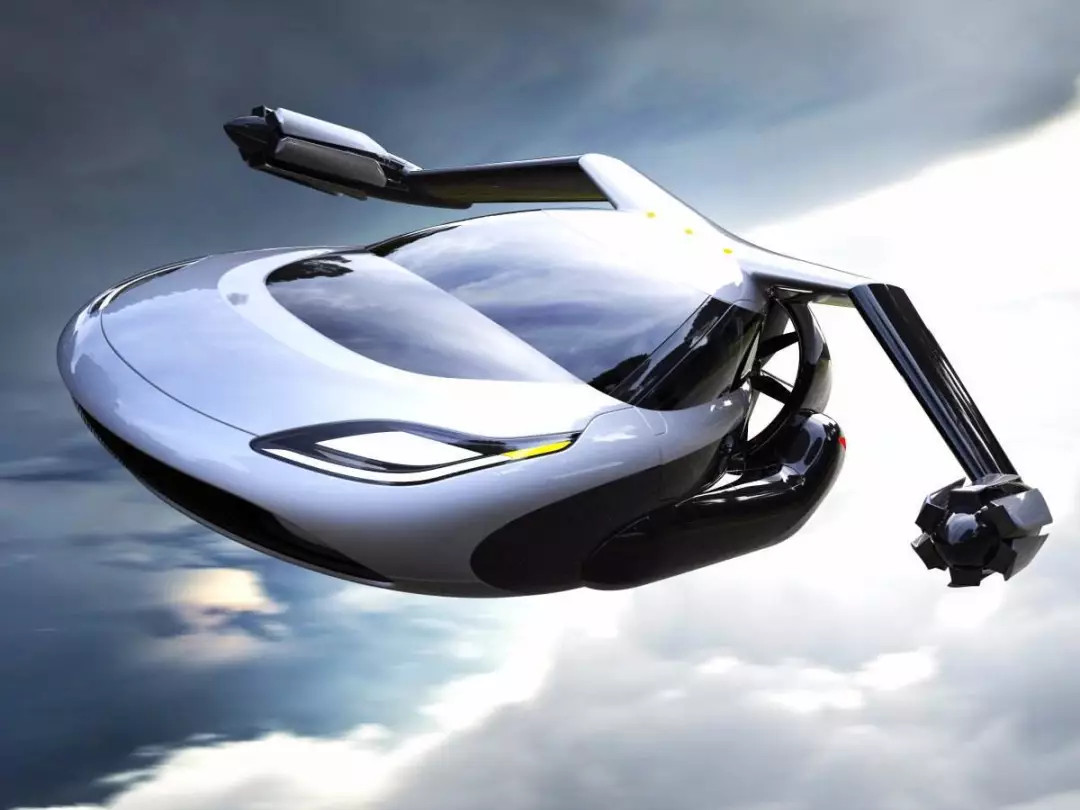 01. Helicopter travels as easily as a taxi

In congested Mexico and São Paulo, it is often an hour to drive from the city centre to the airport, and two hours or even three hours. Uncontrollable time is mainly due to traffic congestion, which makes people's travels full of great uncertainty.

But when people use a helicopter instead of driving, it takes only 10 to 20 minutes to get to the airport. The price is reasonable, which is equivalent to 8 to 10 times that of a taxi.

Take the route that Weizner often takes as an example, from the West Interlakes business district in Mexico City to the city of Benito & middot; Juarez International Airport, which is nearly 30 kilometers away. If you choose to take the road, the peak time will be more than an hour's drive, and the ride "air taxi" will take only 12 minutes.

Now, the Airbus China Innovation Center is working hard to copy such application scenarios to China. The urban air traffic project they are currently working on is aimed at solving traffic congestion problems in big cities. This is only the beginning, and it will take a few years to realize it in the future.

At that time, as long as we take out the mobile phone and open the app, we can make an appointment to the helicopter like a taxi. At present, the Airbus China Innovation Center has signed a cooperation agreement with Shenzhen City. As a result, the one-button helicopter service will be the first to be implemented there. The expected time for this is set within this year.

Airbus's goal is to achieve air traffic, and now the target flight distance is 50 kilometers to 100 kilometers. Improvements in batteries and widespread use of drones have led to technological breakthroughs. These “flight taxis” can take off and land vertically like a helicopter, taking up less space because they are battery powered and therefore more environmentally friendly.

In addition to electric drives, autonomous driving is also a usage scenario they are considering, which will reduce flight costs and increase seat usage to some extent.

In ground transportation, autonomous driving is a hot topic in the moment, as is the air traffic field. Luo Gang of the Airbus China Innovation Center believes that the automatic driving in the air is less difficult than the automatic driving of the entire scene. The reason is that there are many unexpected situations in the ground scene, but completely different in the air.

The usage scenarios currently being considered by Airbus are mainly around fixed lines, such as from the city center to the airport, or from the big cities to the surrounding cities, just like from Shenzhen to Dongguan. 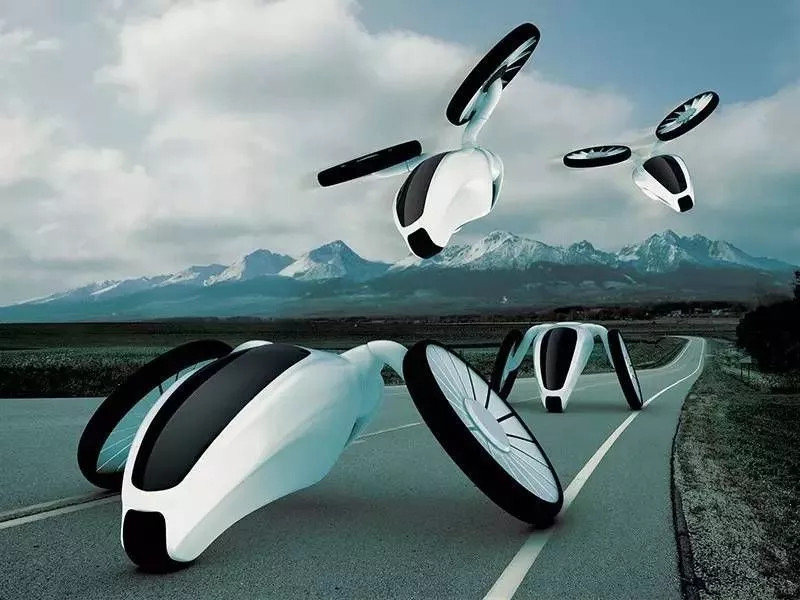 Air traffic will inject new vitality into urban traffic, and the era of flight is coming.

Flexibility will be the theme of future air traffic. It seems that the helicopter seems to be not flexible enough, for example, it requires professional drivers, and it takes more space to take off and land. Perhaps miniaturized autopilot equipment is the future trend.

In the future, personal aircraft may enter every family, just as it is today to own a car. Such a sci-fi-filled aircraft is getting closer and closer to us.

Shefa Aviation is a company specializing in the R&D, manufacturing and sales of manned and unmanned light aircraft, flying vehicles, helicopters and other new aircraft and aviation power systems. It is also the first company in China to enter the research and development and manufacturing of light sport aircraft. One. The dream of founder Wang Yong is to create a personally owned aircraft.

& ldquo;The biggest feature of the flying car is that it can be arbitrarily converted in the “car” and “aircraft”, it has a folding wing, it can easily stop when the wing is closed. General parking space or garage. Once inside the airport, open the wing and transform into an airplane.

When the land is stopped, the wing of the aircraft is automatically folded, with a width of 2.7 meters and a length of 5.7 meters. There is no major problem on the general road; as a domestic yacht or speedboat, its speed can reach 100 km/h. The area can reach 6 square meters.

Flying cars allow people to control their travel schedules, get to their destinations faster, and enjoy flying.

From the design point of view, the flying car designed by Shepherd Aviation is a diamond-shaped car wheel layout, which has also been applied in the early years of car design.

The main purpose of this design is to take into account the different requirements for the center of gravity when flying in the air and on the ground. — when driving on the road, the center of gravity should fall in the middle or left and right of the front and rear wheels; when flying in the air, the main wheel should bear about 90 % of the aircraft's weight can solve the problem better. When it takes off and land as an airplane, its rear wheel will shrink.

Airspace management has not yet opened, which is one of the main reasons for the slow development of the general aviation market. However, this situation is changing.

In recent years, China's general aviation policy has been continuously open, which will promote the arrival of the flying era.

Sichuan Province first formulated a low-altitude cooperative management airspace proposal scheme, and connected isolated airspace into a navigation flight network using low-altitude channels. If Sichuan's practices can be spread across the country, then China has the opportunity to establish a navigation network below 3,000 meters, and the vitality of general aviation will be released to the maximum extent.

At present, Sichuan and Qinghai have become pilots for advancement. Reporting one hour in advance will usually be approved by flight.

The future may be an era of flight. In addition to airspace management, the airport is another issue to be resolved. By this year, more than 380 airports have passed the acceptance test, and this number will be increased to 500 next year. At present, Jiangsu plans to build 45 navigation airports, Zhejiang plans to have 57 navigation airports, Qinghai plans 200, and Jiangxi plans 40-50, basically reaching one county.

In addition, the policy issued by the National Sports Commission in March 2017 shows that it plans to build 2000 flight camps across the country. The flight camp allows users to take two smaller planes or hot air balloons.

In the future, flexibility will be the theme of the air transport industry. With the development of science and technology, more and more aircraft are put on the market, and people will have more different choices when they travel. The future may be an era of flight.

Related news
Hot news this week
LG double screen mobile phone accessories ads lead to criticism: abnormal old man steals photos of beautiful women
Microsoft speed! Windows 10 2021 will come next month
Seven manufacturers, such as Xiaomi, oppo and vivo, are too slow to join the mutual transmission alliance? On the spot
Intel updates Wi Fi and Bluetooth drivers for windows 10 systems
48 million main camera 120 Hz screen Redmi the most affordable 5 G mobile phone on the shelf :1799 yuan
Huawei's cheapest 5g mobile phone Changxiang Z 5g release: the first use of MediaTek 800 1699
5g combines with high refresh rate screen! Huawei Changxiang Z evaluation: blow 5g thousand yuan machine charge number
A list of the five largest AI unicorns in 33 Chinese institutions
HuaweiMate 40 First Kirin 1000 Based on 5 nm Process
It's controversial to steal photos of beautiful LG double screen mobile ads! Official apology
The most popular news this week
Huawei and his "spare tire" army
There has been a surge in new crown confirmed cases in some reopened areas of the United States
This is the future of windows 10: a detailed analysis of the next generation of 21h1
Foreign Media: Even if Huawei falls, America's actions to hinder China's technological development will eventually fail
Jingdong / tmall 618 red bag! Up to 618 yuan three times a day
Apple released powerbeats Pro: H1 chip, 1780 yuan
Trump announces that the United States will end its relationship with WHO
New screenshot of microsoft flight simulation focuses on Boeing 747
Not only Huawei Kirin 710, but also Huawei's second 14 nm customer
Not only Huawei Kirin 710 domestic 14nm, but also the second customer: USB 3.2/pcie 3 all in one