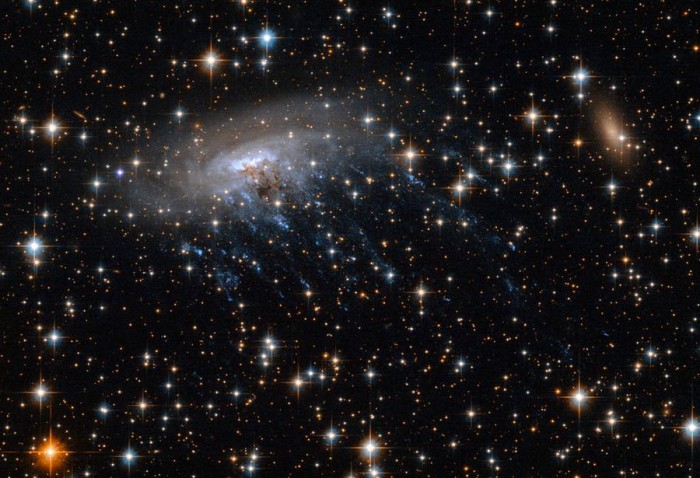 ESO 137-001 is part of the Length of Moment Cluster, which is located near the center of the Giant Source. When a galaxy begins to be sucked into a galaxy cluster, a scientific phenomenon called ram pressure stripping may occur. Stacey Alberts of the University of Arizona, who is working with NASA on the project, said in a statement: "Gas and dust have been stripped, but the material and the impact on galaxies themselves remain to be observed and studied scientifically." 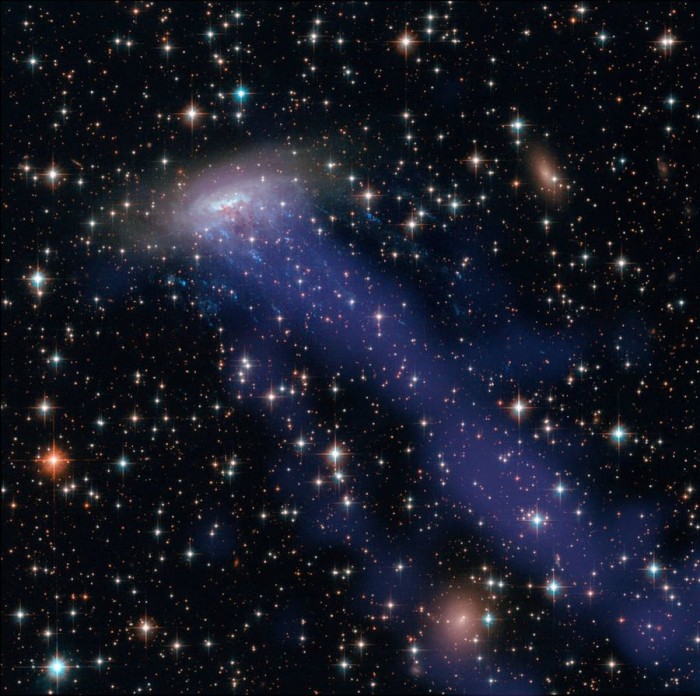 Impact pressure is a drag force, which is generated by the cosmic wind passing through the fluid, very similar to the breeze passing through people's faces when riding a bicycle. Studying the process of impact pressure stripping will help astronomers better understand the mechanism of galaxy evolution, as well as the pressure-forming ratio of stars in very tight regions of the universe. As it moves, gravity from the surrounding galaxies pulls it in all directions. Bright blue stripes are being torn off, leaving behind signs of a cosmic crime. Through careful observation, bright blue stripes are a string of hot, bright young stars.