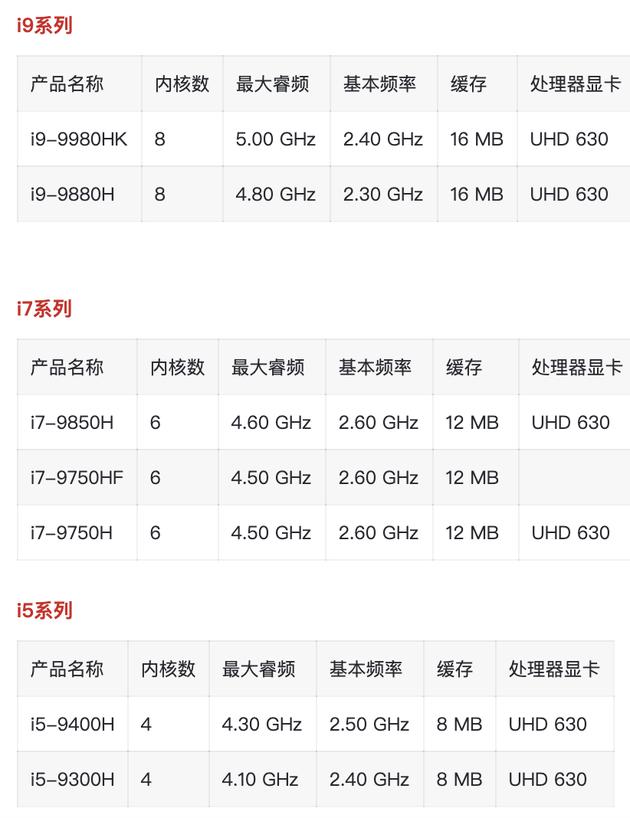 According to Intel's official introduction, in terms of performance, compared to PCs five years ago, the number of game frames increased by 47%, picture editing by 2.1 times, web page performance by 38%, and multitasking by 53%.

In addition to the high-performance mobile version, Intel also announced information on as many as 25 desktop editions, plus a total of 34 models in the previous nine models, and the entire nine-generation family has reached 40 models.