What is the tragedy of Samsung Galaxy Fold? iFixit gives their opinion 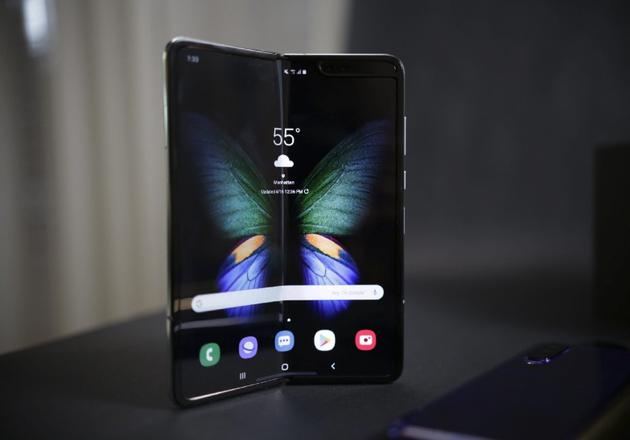 The picturesque folding screen is broken.

The well-known dismantling agency iFixit analyzed this issue and they did notMobile phoneI opened it, but chatted with a number of media with problems on the screen and made my own guess.

We have summarized some of iFixit's views, perhaps explaining that something happened to the Galaxy Fold screen:

1, the OLED screen itself is very fragile

The OLED screen itself is very fragile, and currently only this material can meet the needs of folding screens. If there is no strong material coverage - such as gorilla glass, problems are inevitable.

2, Samsung did not seal well, resulting in easy access to equipment

Even very small dust can cause problems with the OLED screen, not to mention that the Galaxy Fold folding screen is not completely sealed and is very easy to get into the ash. 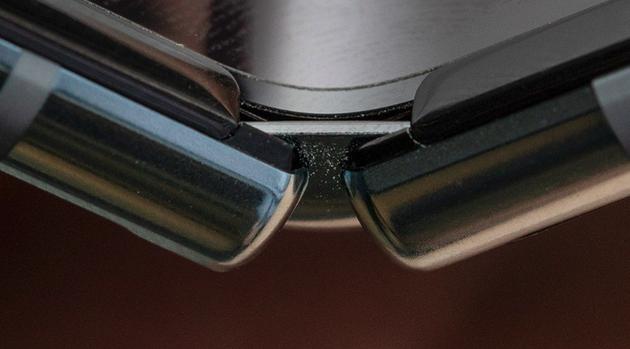 This part is very easy to get into the ash

Sam Lionheart, dismantling engineer at iFixit, believes that the exposed portion of the OLED screen on the phone eventually brought disaster to the Galaxy Fold: "Unless there is any magic film inside (to protect it), dust will definitely enter."

It is also worth noting that Samsung did not provide Galaxy Fold with an IP rating that demonstrates its waterproof and dustproof performance.

3, there are problems with folding screen packaging, especially after entering the ash

Some people see a "lumps" under the folding screen. After consulting with Samsung, he turned off the phone and put it aside. The next day, when I checked the phone, I saw two protrusions under the screen. 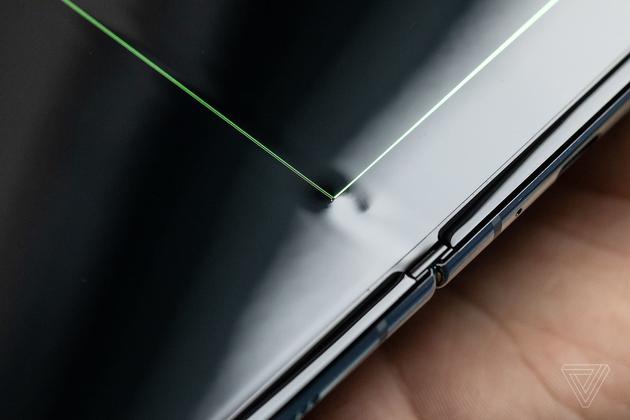 A protrusion appears under the screen (picture from The Verge)

This is related to the structure, a thin package of OLED screen bending inward, may put pressure on the incoming object. If the dirt enters the back of the pleats, it will also collect around these hinges, making it easier to contact the OLED layer, creating a "lumps."

Samsung said in a press release on Monday that preliminary findings on the reported issues indicate "the presence of exposed areas on the top and bottom of the hinge" and that there is an example of "effects on screen performance that are found inside the device." - This probably also shows that "substance" is easy to enter the back of the screen.

4, the protective film is a hidden danger

The problem with the protective film is not entirely Samsung's fault, but it does remind us that unprotected OLED screens are very susceptible to damage when subjected to stress. In other words, the film itself is a hidden danger, and many testers simply don't know that it can't be torn off.

5, Samsung test environment is too mechanical, so no problems found

Before the media got the Galaxy Fold, Samsung once put a promo, claiming that the folding phone passed the test of 200,000 times. But this is only in the laboratory environment, using mechanical means to repeatedly open/close the screen with the same force and angle. In fact, the real use environment is much more complicated. Generally, people open the phone and inevitably do not press the thumb from the bottom of the screen. Some testers claimed that they had some traces when they actually used 1000 screens. 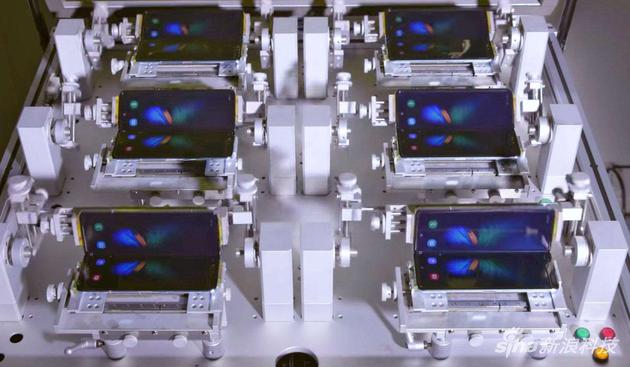 Samsung tests the folding situation in the laboratory

Samsung's test machines run in the lab, and humans use them in the real world, opening it on the table, outdoors and on the subway. The dusty environment and the various opening angles are much worse than the lab.

In general, the problem is that Samsung's machine for testing Galaxy Fold is too organized. In other words, it does not fully simulate the user's usage scenarios, which explains why Samsung did not detect the problem during the test.

Finally, iFixit raised some questions about this phone. Why make a device with a fragile OLED screen, the tolerance between the screen and the hinge is so small, how much dust and moisture enter it? And why the test link is not used in the real environment, but instead of using a robot, to know the clothes pockets and fingers, the feeling is completely different from the robot, not to mention that everyone has different opening and closing methods.

These questions have no answer for the time being. We can only wait for Samsung to give a convincing test result.