Since then, at the CES show in January this year, Intel released the Core 9 generation processor without nuclear display, but the complete layout of the 9th generation Core processor has not been completed until today. Intel officially released the Core 9 mobile version. It has also been upgraded to 8 cores and 16 threads and 5GHz acceleration frequency, making it the strongest mobile processor in history. In addition, the desktop version of the Core 9 generation of non-K series has also been completed, 35W TDP low-power T series, 54W TDP Pentium / Celeron series, 65W Core i7/i5/i3 are also in place.

Intel released 6 mobile versions of the Core 9 processor, and the desktop version is 25, plus 6 processors that are currently available (the Core i3-8100F has no information, this release is not), There are almost 40 models in the Core 9 series, and the layout of the mobile and desktop versions is basically complete. 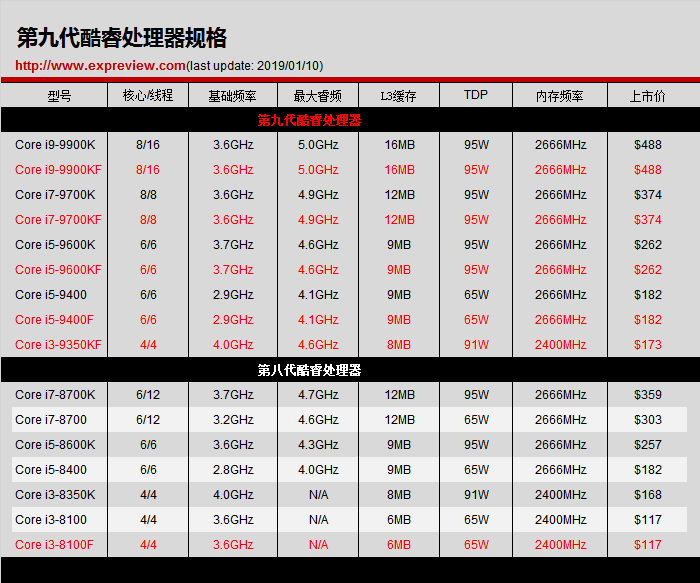 The mobile version of the Core 9 processor is the focus of this release, mainly Core i9-9980HK, Core i9-9980H, Core i7-9850H, Core i7-9750H, Core i5-9400H and Core i5-9300H, basically and currently The Core 8 generation mobile version corresponds one by one. Two of the Core i9s are 8-core and 16-threaded, while the top model Core i9-9980HK has a base frequency of 2.4GHz and the acceleration frequency has reached 5GHz. The specifications are not lost to the desktop version of the 9th generation Core - of course, due to TDP 45W The limit, in fact, the full load frequency will obviously be reduced, such an 8-core 5GHz processor is a test of the thermal design capabilities of notebook manufacturers. 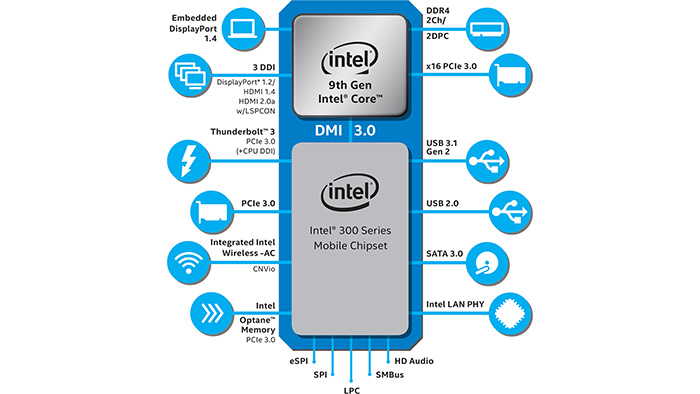 The Core i9 series has a new Core i9-9900 with 8 cores and 16 threads. It is worth mentioning that it not only drops the TDP to 65W, but also accelerates to 5GHz. The base frequency is 3.1GHz, which is 500MHz lower than the 9000GHz at 9900K. However, the price has also dropped from 488 US dollars to 439 US dollars. Considering the acceleration frequency is more meaningful, this processor is worthy of attention.

There are 9 members in the low-power T series, including the Core i9-9900T until the Core i3-9100T, TDP 35W, but the core number has not changed, the highest still has 8 cores and 16 threads, but the frequency is greatly reduced, but the i9-9900T The acceleration frequency is still 4.4GHz, which can be considered for the intention of building a low-power platform.

Celeron and Pentium in the 9th generation processor family have also been released, the lowest 2 cores and 2 threads, the highest 2 cores and 4 threads, no TB acceleration, Celeron G4930T is low power, 35W TDP, frequency is only 3.0GHz, other 54W/ The 58W version can reach a maximum frequency of 4GHz, such as the Pentium G5620, which costs $86. However, in the current situation, it is difficult to reproduce the glory of the original G4560 cabbage artifact, unless the price of the film can be restored to the previous level.