So far, Rivian has demonstrated the R1T electric pickup and R1S electric SUV, and the automaker hopes to officially produce electric vehicles from the fall of 2020. Both models are based on the company's "skateboard" EV platform, which looks like a huge skateboard with the vehicle's battery, motor and all control electronics, allowing different types of body to be mounted on it.

Ford did not disclose what type of vehicle it plans to build on the Rivian platform, but pointed out that the new model will complement Ford's existing EV program. The automaker has announced that it will launch an electric crossover and an all-electric F-150 pickup in 2020, both of which are already under development. Ford has previously announced plans to invest $11 billion to develop its electric vehicle line.

Under the terms of the agreement, Rivian will remain an independent company, but Ford Motor Company President Joe Hinrichs will join Rivian's seven-person board. The two companies said the investment is still subject to regulatory approval. Rivian had previously received an investment from Amazon. Headquartered in Plymouth, Michigan, Rivian has additional engineering facilities in California. The company purchased a 2.6 million-square-foot former Mitsubishi plant in Normal, Ill., which is being modified to produce R1S and R1T models. 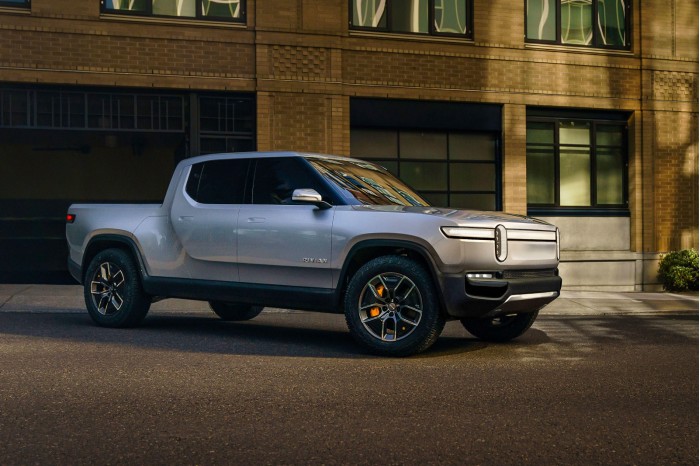 Related news
Ford invests $500 million in Rivian to build electric cars on the Rivian platform
Ford invests in electric pickup truck company Rivian for $500 million
Rivian's "Star-sucking Act" with a total financing of more than $2 billion has been completed
Amazon reveals more details about its rivian electric delivery car
Tesla competitor rivian raised $2.5 billion and Amazon continued to follow suit
Amazon's rivian may launch small electric vehicles in China and Europe
U.S. electric pickup brand Rivian is a major shareholder in Amazon and Ford, which are IPO-listed
Tesla rival rivian will produce its own battery, and a new factory is under construction
Tesla killer Rivian hits Nasdaq, up more than 53% at one point
Hot news this week
Templates for creating new Twitter in the future? Musk's praise of WeChat has triggered a heated discussion on the whole network
Tencent Music's TME live will re-screen Jay Chou's concert on may 20 and 21
Sony's new LinkBuds S headset parameter exposure: only 4.8 grams of comprehensive battery life 20 hours
Weak demand in the mobile market! Domestic shipments of mobile phones fell 40.5% in March to a two-year low
Henan 4 village bank line cannot withdraw cash? CBRC responds! The public security organs have registered an investigation
Baidu: In 2021, an average of 56 billion malicious information of all kinds will be intercepted every year
"Chinese version of LV" is re -executed 680 million! Reporting the property clues of the chairman, up to 8.66 million yuan
Pig companies continue to increase technology, just launched the smart pig farm, another 100 million to set up a technology company
The Jingdong Express bulk order sent to Shanghai across the country is completely static? JD.com: Not true No such information has been published
"Tencent's more than 30-year-old employees account for nearly 60% of them" on the hot search Netizens: Don't mention 35 years old, start to mention 30 years old
The most popular news this week
The domestic screens are rolled to the 2K screen. Why don't Apple follow the roll?
Meizu 19 series coming? Meizu mobile phone appearance patent disclosure: the return of secondary screen
Jingdong crowdfunding 10000mAh mobile power supply: with Apple Lightning and Type-c dual wires
Mobile phone chip CPU energy efficiency ranking: it is comparable to A14
What can we learn about m& # 111nkeypox cases in many countries around the world?
Alibaba Daniel Zhang connects 300 platform merchants: do more practical things for merchants
At the age of 58, he was elected as the chairman of Everbright Bank! Former President of Bank of China and Construction Bank
Buy An Audi or a Tesla? Audi's new electric vehicles are on sale: from 300,000
The first domestic Tianji 1300 mobile phone did not fire first! More than 260,000 people made reservations
The Chinese team officially made up for the bronze medal in the Tokyo Olympic relay! Su Bingtian responded excitedly