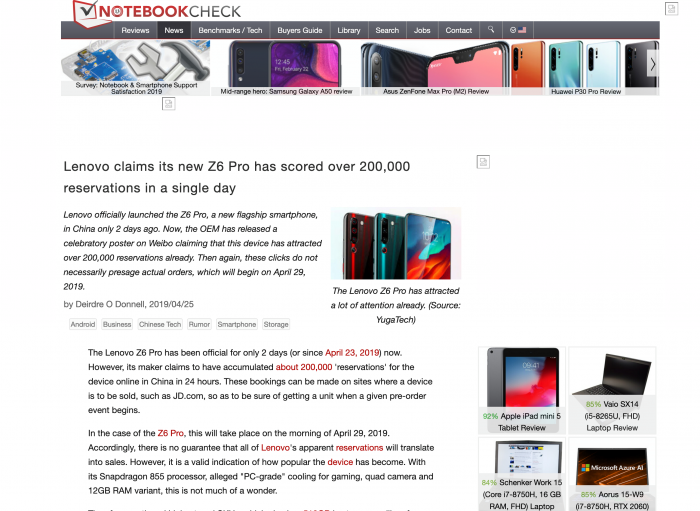 NOTEBOOKCHECK:TheLenovo Z6 Pro has been official for only 2 days (or since April 23,2019) now.However, its maker claims to have accumulated about 200000

(Lenovo Z6 Pro was released on April 23. Within two days of its launch, the online booking sales of Lenovo Z6 Pro have exceeded 200,000 units in 24 hours. At present, the online pre-sale of Lenovo Z6 Pro is in progress.JD.COMMainstream e-commerce stores, such as this, have ensured that every booking user can successfully book this model.Mobile phone)

Foreign media TECHTHELED tracked the release of Lenovo Z6 Pro. It is pointed out that this mobile phone is a good product, which greatly exceeds the expectations of the media. 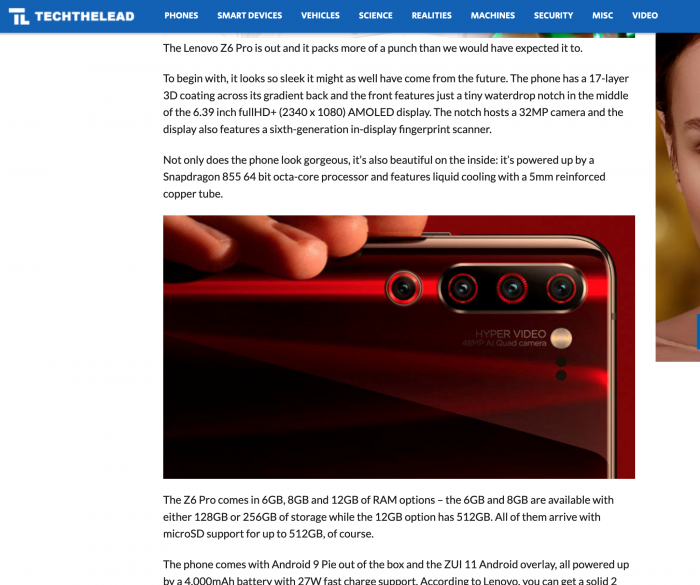 TECHTHELED:TheLenovo Z6 Pro is out and it packs more of a punch than we would have expectedit to.To begin with, it looks so sleek it might as well have come from thefuture. The phone has a 17-layer 3D coating across its gradient back and thefront features just a tiny waterdrop notch in the middle of the 6.39 inchfullHD (2340 x 1080) AMOLEDDisplay. The notch hosts a 32MP camera and the display also features a sixth-generation in-display fingerprint scanner.

Lenovo Z6 Pro has been released, and this new flagship mobile phone is far beyond our expectations. This mobile phone is round and smooth in appearance, and its superior design seems to come from the future. The gradient back is coated with 17 3-D layers. The front is equipped with a 6.39-inch water drop screen with a resolution of 2340*1080. The AMOLED material is used. The front camera is 32 million pixels. Lenovo Z6 Pro is equipped with the fingerprint identification technology of the sixth generation display screen.) 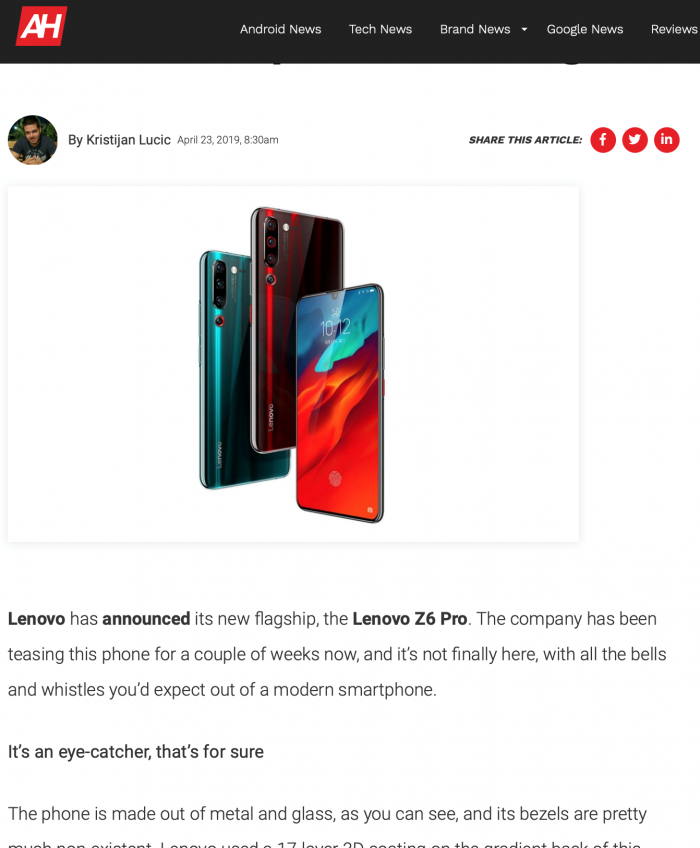 Android headlines: Lenovo has announced it s new flagship, the Lenovo Z6 Pro. The company has been teaching this phone for a couple of weeks now, and it's not final here, with all the bells and whistles you'd expect out of a modern smartphone.

Lenovo has launched its latest flagship mobile phone, Lenovo Z6 Pro. Lenovo has been brewing for weeks before its launch. From this mobile phone, you can feel the latest technology and the most fashionable design. 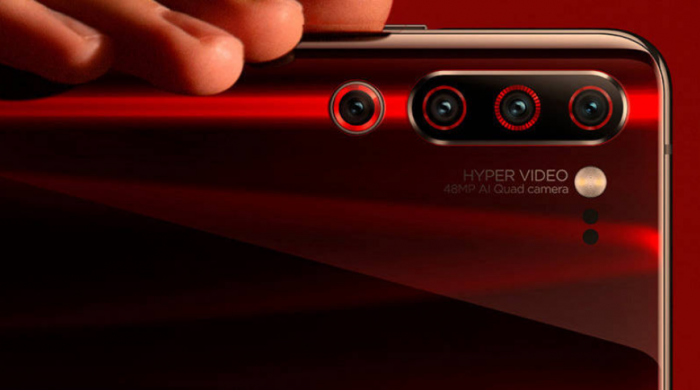 As Lenovo's latest mobile phone product, Lenovo Z6 Pro carries Snapdragon 855 platform to mark its positioning flagship identity, this is Lenovo deposited for many years of technical strength of the crystallization, not only in the domestic user hot discussion. In foreign countries also attracted the attention of a large number of electronic fever aficionados. At present, the Lenovo Z6 Pro has opened an appointment in JD.com on April 23, and will be officially available on April 29. Among them, the 6GB 128G configuration costs only 2899 yuan, the 8GB 128GB price is 2999 yuan, the 8GB 256GB price is 3799 yuan, and the 12GB 512GB price is 4999 yuan. Favorite friends can go to make an appointment to buy.