Looking ahead to the Google I/O Developers Conference in 2019: Can the twists and turns continue to strike back? 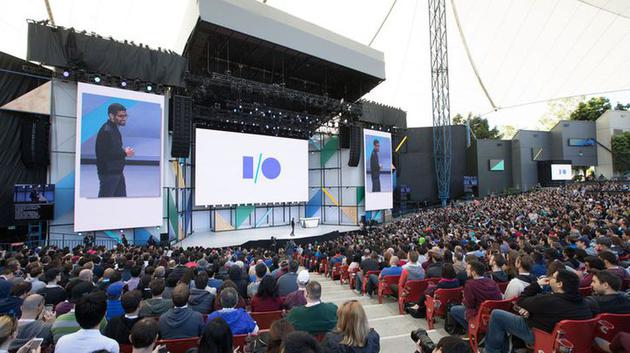 Sina Technologies News Beijing time on the morning of April 28, according to CNET reports, every spring, search engine giant Google will hold an annual developer conference in Shanjingcheng, the company's headquarters, to invite thousands of developers to release new products.

In the past few years, Google has released virtual reality products such as Google Glass, Google Cardboard and Google Assistant at developers'conferences. Last year, Google demonstrated Duplex, an AI software developed by the company for the first time. It shocked the world and made people shudder.

This year, Google's annual conference has gone through a particularly difficult period. Since last year's developer conference, Google employees have been protesting: against the company's military contracts, against the company's handling of sexual harassment charges against executives, and so on. In any case, on the stage, Google will continue to focus on the company's future development and success. Here are the new features and products that may be released at this year's Google I/O Developers Conference:

In the past year, Google has also introduced new features to Google's Smart Assistant at the Ido developer Conference. Last year, the new feature included a new assistant voice, which asked children to request an intelligent assistant

This year, as Google continues to try to push the service to more people and devices, it is likely that Google will still release a number of updates for intelligent assistants.

Three years ago, Google launched the Daydream Virtual Reality Platform at the I/O Developers Conference. On this platform, people can put special headwear devices into their mobile phones, thus turning them into VR machines. But recently, Google has been silent about Daydream products and virtual reality.

But not in augmented reality. For example, Google launched a technology called Lens at a developer conference two years ago. This tool allows users to search for item information through mobile camera. For example, when your mobile camera is aimed at a restaurant, you can see other people's online comments on the restaurant.

Google is also expected to launch some new features or products for AR or VR this year.

Last month, Google appeared to have accidentally leaked its own product, and the company mentioned on its online store website that the Nest Home Hub, description included the product with a

Rumors of Google's mid-range flagship phone have long been rife with rumors that the new product will be named Pixel 3a. At another Google online store

Last month, Google unveiled its new cloud-based gaming platform, Google Stadia. The idea behind this is to stream video games directly from Google's data center, rather than through the game host. The platform is also associated with YouTube, allowing users to share playable game fragments through links.

However, there are still several mysteries about Stadia. We don't know if Stadia will follow the subscription model or how much it costs. What sort of games on Stadia is also a mystery. When Google unveiled Stadia at the game developers conference in march, the company said it would

Related news
Will Google I/O stay up late tomorrow night? After reading this article, you will have counted it.
[Photo broadcast] Google I / O 2019 opening speech
Turing Award Winner on Google I/O: Machine Intelligence Really Dreams of Electronic Sheep
IBM exits RSA conference 2020 security technology summit due to public health and health concerns
Hot news this week
The developer of the dating app Tinder has reached an agreement with Google over billing rules for its app store
Still did it! Canada has banned Huawei and ZTE from participating in the country's 5G network on "national security" grounds
Red Elf Lightning erupts in the Himalayas Spectacular Spectacle: Experts Reveal What Exactly Is This?
The founder of the Internet Quick Hand Su Hua was taken away for investigation, and the fast hand responded: the news was not true
Wang Xiang, president of Xiaomi, explained that a shortage of low-end chips is a major challenge in overseas markets
Or for Studio Display Pro, the release of Apple's 27-inch Mini LED-backlit Display has been delayed by October
Tencent Q1: The business service business has "slightly decreased" year -on -year, and resource centralized video cloud and network security | View financial report
One picture to understand! Blue Factory has issued 3 new machines in a row: self-developed chip blessing, the narrowest lower border
Sony released the active noise-canceling headphones WH-1000XM5, equipped with 2 chips and 8 microphones
Tencent established a smart technology company in Chengdu, and its business scope includes Internet data services
The most popular news this week
How does the Internet make People Copy each other
Fed Vice Chairman: The future digital dollar may complement the coexistence of stablecoins and commercial bank currencies
ZHANG Pingan, CEO of HUAWEI CLOUD: The value of data governance in China has not been fully tapped Data and AI should be accelerated
Shenzhen Atmosphere! The sales price of mobile phones, computers and other products is subsidized by 15%
Microsoft shows third -party components: Win11 chicken rib function is saved
No need to grab it! Sony announced an increase in PS5 shipments
Audi advertising poster photos only sell for 8 yuan? Photographers question the unreasonable use of the photo purchase
Twitter spent $150 million to settle privacy and security lawsuits with the U.S. government
Hong Kong Hang Seng Index Opens 0.5% Baidu Hong Kong Stocks Open More Than 2%
Amazon's new CEO participated in a shareholders' meeting for the first time: to restore normal profit, ready to cut off the excess warehouse