Can TV be watched vertically? Samsung will launch vertical QLED TV next month

According to Yonhap News Agency, Samsung Electronics announced on Monday, April 29 that it will launch QLED TV with vertical display screen next month, focusing on young consumers eager to innovate in viewing experience and proficient in technology.

The Korean technology giant says the 43-inch high-end TV is designed for consumers who are accustomed to watching upright versions of smartphones and other mobile devices. The TV can be rotated into a traditional horizontal display mode and connected to mobile devices via NFC technology. 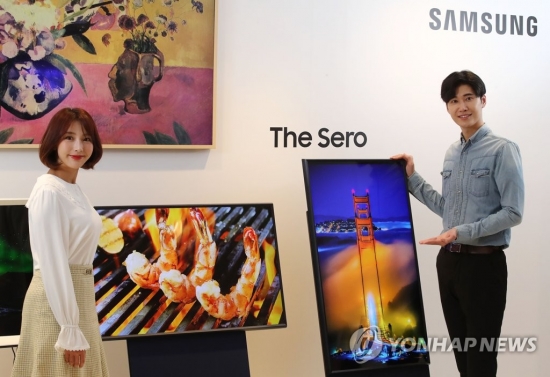 Samsung also showed off a series of QLED TV products from 43 inches to 65 inches, which display collections and designs when they are closed, thus turning the living room into a digital gallery.

Samsung also said its new TV will be displayed at the flash store in Garosugil, a high-end shopping district in southern Seoul, until June 2.