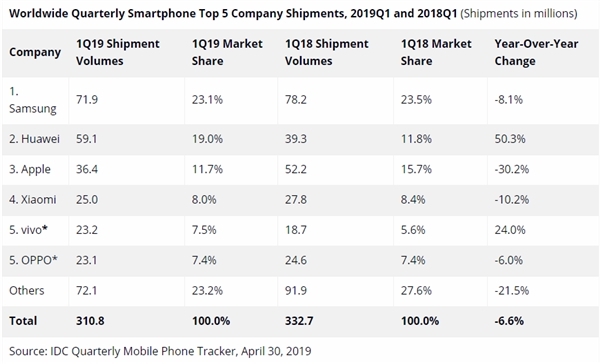 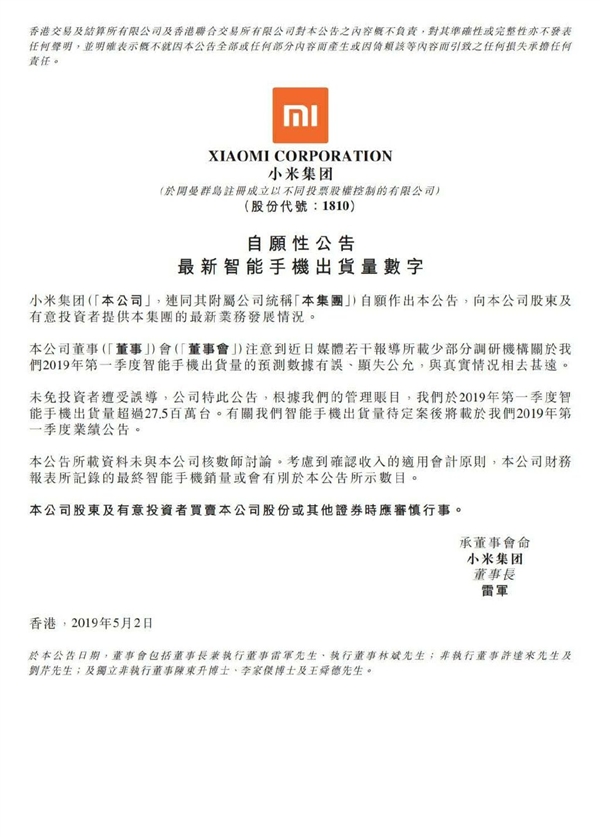 According to domestic media reports, on May 4, IDC responded to the Xiaolong mobile phone shipment data oolong incident. IDC said it will update the data next week, which will update the first quarter shipment data of Xiaomi to 27.5 million units, which is consistent with the official data released by Xiaomi.

For the reason why there is a deviation, IDC said that its original data was released before the official announcement of Xiaomi.