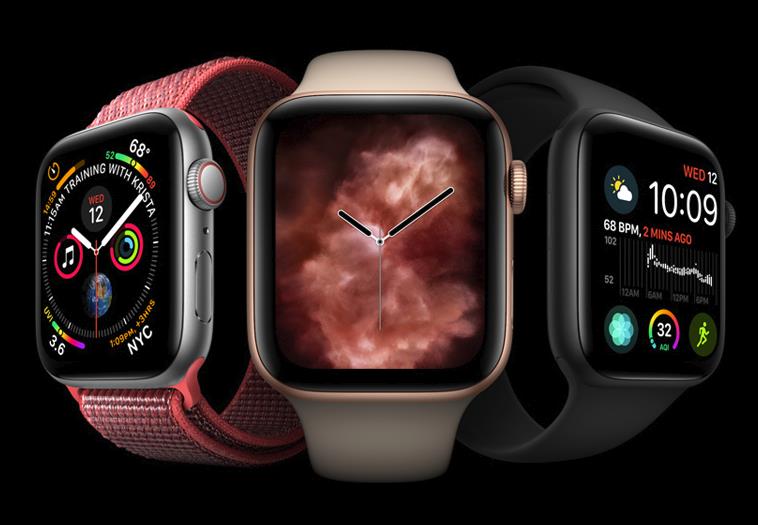 May 4th News Recently, market research firm Counterpoint Research announced the latest data on the smart watch market. According to the data, Apple's Apple Watch is still the world's most popular smartwatch in the first quarter of 2019, with a significant market share, with an estimated market share of 35.8%. In other words, one-third of smart watches shipped between January and March are Apple Watch.

Counterpoint's latest global smartwatch tracking report said that due to the shipments of smart watches from Apple, Samsung, Fitbit and Huawei, the growth of global smartwatch shipments in the first quarter of 2019 showed a healthy state. Growth has reached 48%.

However, Counterpoint did not provide any specific figures for the shipment of branded smart watches in this report. The same is true for Apple officials, but Apple said in its earnings report a few days ago that its "wearables, home and accessories" product category in the first quarter of this year set a new record of $5.1 billion. Cook said the company's wearables division is now the size of a Fortune 200 company.

Counterpoint Research analyst Satyajit Sinha commented on the major changes in the market. "Despite the weak demand for Apple's iPhone, Apple's Apple Watch shipments have increased by 49% year-on-year. Apple's latest Apple Watch Series 4 focuses on ECG and falls. Health-related features such as inverted detection, according to our latest consumer survey, Apple Watch's ECG function is the most popular feature. Currently, Apple's ECG function has been obtained in Hong Kong and France, Germany, Italy, Spain and the United Kingdom. Approval of medical institutions in 19 countries and regions."

Satyajit Sinha further added: “Heart rate sensors for health monitoring, GPS and pedometer sensors for fitness, and embedded NFC for payment are all key integration technologies, related use cases and integrated cellular cellular networks. Features are driving the popularity of smart watches. However, regardless of market and price range, limited battery life is still a major pain point in consumer purchase decision-making." 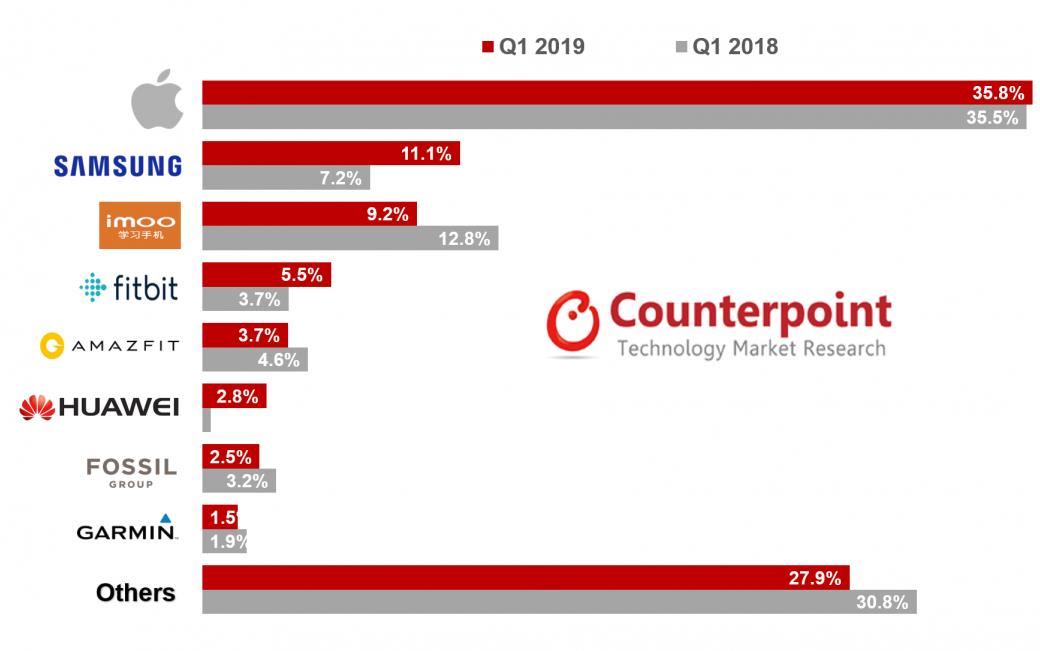 In commenting on the performance of other vendors outside of Apple, senior analyst Sujeong Lim pointed out that "the Samsung market share from South Korea jumped to 11% in the first quarter of 2019, and the year-on-year index growth was as high as 127%. Its success is due to the latest. The Galaxy Watch series, which has better battery life and a very traditional round dial design. It also offers cellular LTE network connectivity, which makes it more than other products designed for Android smartphone users. There is an advantage. For the Android camp and Samsung's huge user base, the Galaxy Watch is a very good alternative to the Apple Watch."

Due to the good traction of the latest Huawei HUAWEI Watch GT, the market share of Huawei smart watches jumped to 3% in the first quarter of 2019. The eye-catching design, low price, growing “Huawei” brand recognition, and the huge user base of smartphones are constantly driving the demand for Huawei smart watches. In addition, Huawei has shifted its focus to selling smart watches with more Huawei brands, and the sales of smart watches under the honor brand are also very good.

When it comes to innovation in the field of smart wearables, Counterpoint associate director Brady Wang points out that the foldable display has begun to enter the field of smart watches. Chinese manufacturer Nubia has tried Nubia Alpha, a ‘smartphone + smart watch’ design, which adds smartphone functionality to the shape of the watch. Nubia Alpha's user interface features gesture control, quick snapshots, and mobile apps. This makes the smart watch more complete and the user interface more friendly.

However, Brady Wang also said that in the evolution of the shape factor of smart watches, it is still in its infancy. Because all the appearance of the smart watch also needs to perform better on various indicators, such as smaller size, more durable, more fashionable, and should minimize fragmented software and UI, the more intuitive the better . Counterpoint expects smart watches with flexible displays to become mainstream after 2025.