In 2018, the ranking of domestic ODM mobile phone companies was released: Wentai, Huaqin and Longqi ranked among the top three 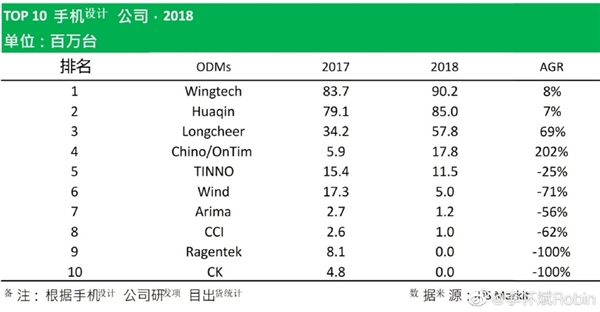 On the manufacturer side,HuaweiLast year's ODM ratio was 32%, and Samsung's 3%.Millet75%, Lenovo 85%, Meizu 70%, OPPO 9% or so, vivo is more alternative, allMobile phoneAll self-developed.