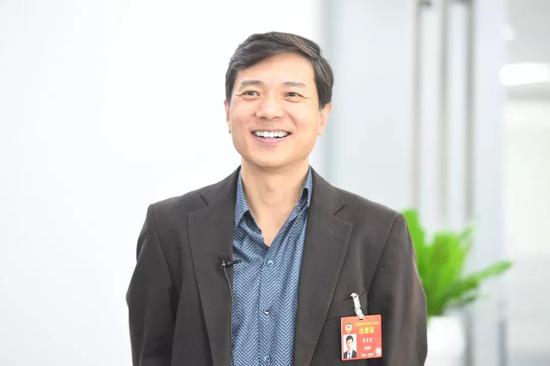 Someone sent a message on the Internet, saying that they must take a clear-cut stand against Robin Li being elected academician. The main reason for the objection is in the moral field. Baidu is believed to give priority to the display of many false medical advertisements.

Others believe that Robin Li was nominated mainly because of his achievements in the field of artificial intelligence (AI). He was once referred to by Harvard Business Review as "the initiator and designer of China's AI industry".

However, the existence of such disputes is in line with the intention of the Chinese Academy of Engineering to announce the list of additional candidates. Relevant personages of the Chinese Academy of Engineering told the First Financial and Economic Journalist that the purpose of publishing the list is to accept social supervision, which is not the final result, but ultimately needs further evaluation and review.

Why was Robin Li nominated as academician?

Robin Li's nomination of academicians is mainly from the nomination of China Association for science and technology. Why on earth was he nominated as an academician? China Science and Technology Association responsible person in the first financial reporter interview said that Robin Li was nominated, not artificial intelligence, but search engine.

The person in charge told the first financial disclosure that Robin Li was recommended by the China Electronics Society to the China Association for science and technology. The reason for recommendation is Robin Li's contribution to search engine. The Chinese Association of Science and Technology (CAST) then submits the relevant procedures to the Academician Election Department of the Chinese Academy of Engineering.

Robin Li was also included in the "emerging cross realm engineering technology innovation management" professional direction list, including Alibaba chief technology officer Wang Jian, Tsinghua University Chen Jin, Ministry of public security Wang Jian and so on. But these three are nominated by academicians, not recommended by the Chinese Association of Science and Technology.

Wang Haifeng, also from Baidu, has been listed in the Department of Information and Electronic Engineering, and his major direction is "Artificial Intelligence".

According to the statement made by the Chinese Academy of Engineering last year, at the beginning of the nomination of academician candidates in January this year, the Chinese Association of Science and Technology clearly put forward two points in its notice: "In the selection of academician candidates for the Chinese Academy of Engineering, the relevant national academies should pay special attention to Engineering Science and technology experts who have made great achievements and contributions in technological innovation of enterprises, especially grass-roots and private enterprises."

An expert in the electronic industry told First Financial Journalist that the academician of the Chinese Academy of Engineering has been adhering to the principle of "adjusting the selection horizon constantly according to the needs of the times, making great contributions to those scientists, but not awarding honors to the scientists known to the public", and it is inevitable to increase the "innovative management of Engineering Technology in emerging cross-cutting areas".

More and more strategic technologies in China, such as 5G, AI, cloud computing and auto-driving, have been in the forefront of the world from basic research and development to industrial engineering practice, and most of the processes are in enterprises. "In the future, academicians'inclination to enterprises is a kind of policy orientation, which shows that the state attaches great importance to the transformation of technology innovation application." The electronics industry experts said.

This orientation is bound to increase the number of entrepreneurs on the list year by year.

Where is the contribution of Robin Li search engine?

Academician of the Chinese Academy of Engineering, the highest academic title in Engineering Science and technology in China, was established in June 1994 as a lifelong honor.

According to the Measures for Implementing the Selection of Academicians of the Chinese Academy of Engineering, which was deliberated and adopted at the meeting of the Presidium on December 4, 2018, the first criteria and conditions for academicians include making significant and creative achievements and contributions in Engineering Science and technology, loving the motherland, having a decent style of study, having a decent conduct, having senior engineers, researchers, professors of Chinese nationality or having the same title. An expert.

So what did Robin Li do in the professional direction of "new cross field engineering technology innovation management" in the engineering management department? What outstanding or creative contributions did he make?

Search engine indeed further promoted the application of Internet information, although the search engine technology pioneered and contributed to it, the industry talked about it, but from a patent point of view, Robin Li really preceded Google.

However, there are also people in the industry who hold different views. The above electronic industry experts said to the first financial corporation: "Robin Li's early papers are actually analogical simulations, all of which come from a lot of metrology, and their value is not great. What is of great value is that Google's application of algorithms, especially English search engines, is tens of times larger than that of Chinese. Moreover, the search engine is a great project. This is beyond doubt, but it can be returned to Robin Li alone. The industry maintains its own opinion. After all, this project is groped by thousands of programmers from Baidu.

The process of becoming an effective candidate for academicians is very strict.

In the nominations of academicians, Robin Li was nominated by academic bodies and recommended by the China Electronics Society to the China Association for science and technology.

Then, according to the number of additional academicians each time, the Chinese Academy of Engineering stipulates the number of candidates submitted by the Chinese Association of Science and Technology, and makes it clear in the announcement of the election in that year.

It is worth mentioning that the Chinese Society of Electronics is a national, academic and non-profit social organization formed voluntarily by scientists and technicians in the field of electronic information and relevant enterprises and institutions and registered according to law. Wang Haifeng, senior vice president of Baidu, is one of the vice-chairmen of China Electronics Society. He has been nominated as an academician candidate of artificial intelligence.

Disputes between Science and Morality

How should science and morality focus on when measuring an academician? This is an indispensable topic.

In fact, Baidu is not only questioned the bottom line of its business ethics because of the "Wei Zexi Incident", but also brings a vicious competition, especially in the medical industry, which directly threatens the safety bottom line of life.

This time, a doctor who opposed Robin Li's election as a member of the Academy wrote, "as a doctor, he often has access to patients who have been delayed by Baidu advertisements and even can not be cured at last."

A scientist told the First Financial Journalist that the spirit of scientists includes many spiritual cores, such as patriotism, innovation, realism, dedication, collaboration and education. It is certainly a model and backbone that can be achieved, but in many cases, scientists who have made great contributions are not necessarily morally perfect. Like Newton, like Einstein. Therefore, it is necessary to evaluate whether a scientist has made a positive contribution to human civilization and social progress in a three-dimensional, comprehensive, objective and calm manner.

This person also believes that the flaws in the operation of the company can not be linked to personal morality.