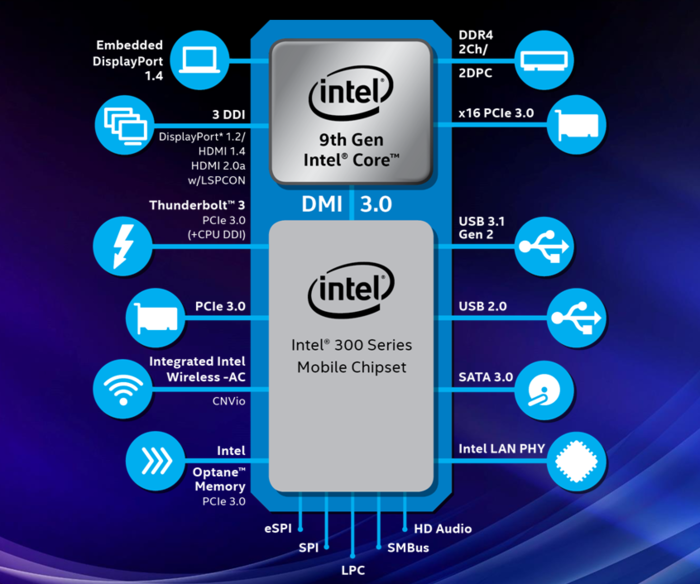 Nine generations of Core H mobile version of the processor is mainly for the game, in the official information can be seen two i5, two i7, two i9 a total of six processors, models are i5-9300H, i5-9400H, The i7-9750H, i7-9850H, i9-9880H, and i9-9980HK have a thermal design power consumption of 45W, all integrated with the UHD630 core display. The ninth generation Core H mobile processor series is based on the 14nm++ process and uses the Coffee Lake Refresh architecture. .

The above chart is the official parameter of Intel's ninth generation Core H mobile processor. From the model point of view, it is one-to-one correspondence with the current Core 8 generation. Compared with the previous generation, the performance of the ninth generation Core H mobile processor The upgrades are mainly concentrated on the i7 and i9, such as the i7-9750H and the previous generation i7-8750H, the third-level cache has been upgraded from 9MB to 12MB, and the base/acceleration frequency has increased by 400Hz, reaching 2.6GHz and 4.5GHz, and the performance has been improved by 28 %, if compared with the i7-7700HQ, almost doubled the performance increase.

The i9-9980HK and i9-9880H highlights are even more obvious. They all use 8 cores and 16 threads. The former has a maximum acceleration frequency of 5 GHz, and the Intel series of nine-generation Core processor desktop K series has been upgraded to 8 Core 16 threads, the highest acceleration frequency has also increased to 5GHz, in contrast, the top model of the 9th generation Core H mobile version i9-9980HK has the same frequency and core number as the desktop version of the 9th generation Core. The Nine-generation Core H mobile processor supports dual-channel DDR4-2666 memory specifications. The maximum supported memory installation has reached 128GB and supports Intel's new AOOT memory.

So what is the performance improvement of this generation? Or through a set of official data to feel: According to Intel's official introduction, compared to the PC 5 years ago, the game frame number increased by 47%, picture editing 2.1 times, web performance 38% faster, multi-tasking fast 53%. Compared with the game computer 3 years ago, the overall performance increased by 33%; the two i9 are compared with the previous game, the game frame number increased by 18%,4KVideo editing is 28% faster, and game streaming/recording frames are up 2.1 times. 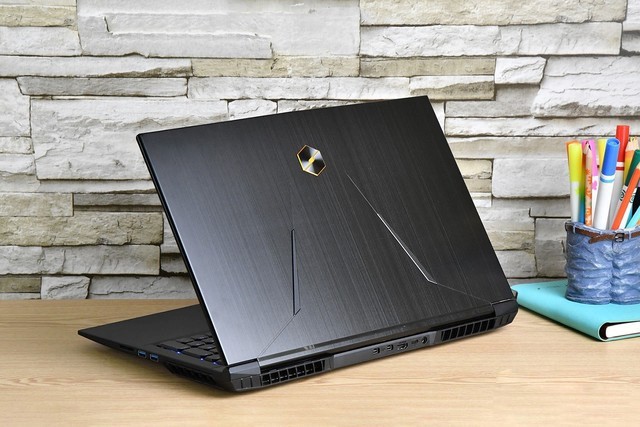 Judging from the many products equipped with the Nine-generation Core H mobile processor, the Nine-generation Core H i7-9750H is the main force, and the mechanical revolution X9Ti-R is one of them. The machine is equipped with a professional esports book, equipped with a 17.3-inch display, refresh rate of 144Hz, 72% NTSC color gamut, built-in Smart Power Control intelligent power adjustment system, the design of the A side is made of metal and the longitudinal brushed texture Craft, two sections of chamfered lines decorate the texture. In addition, the face recognition function and the optical axis mechanical keyboard are equipped. Interface, the machine is equipped with an RJ-45 network port, a USB 2.0 interface, two independent headphones / microphone interface, an SD card reader slot, two USB3.0 ports, two Mini DP and one HDMI There is also a USB Type-C connector and a power jack.

On the mechanical revolution X9Ti-R, the cooling module is specially optimized with two high-precision turbines built infan5 heat-conducting copper tubes, combined with the large airflow of the four-way air outlet, the heat dissipation efficiency is higher, which improves the performance release to a maximum of 84W, and the single-processor load mode runs stably at 70W for a long time, which can make the processor perform higher. . 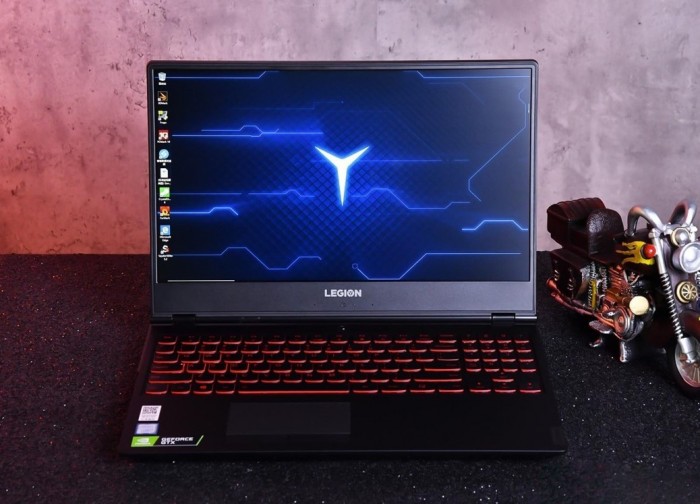 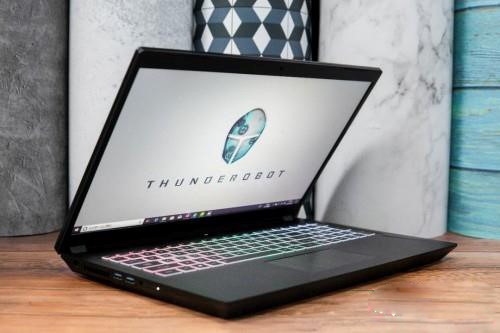 Raytheon's new generation of 911 games also uses the nine-generation Core i7-9750H, the core frequency up to 4.5GHz, with the Turing-based NVIDIA GeForce GTX 1660Ti graphics card, in the performance of large 3A games is worthy of recognition. The machine is equipped with a 16.6-inch screen, with a 6mm narrow frame, with a new blue logo light more sci-fi; A side with vertical drawing process, equipped with RGB surface engraving keyboard; in the interface is equipped with three USB interfaces , a USB Type-C interface, a network port, an anti-theft lock, an SD card slot, an HDMI, a headphone audio jack and a power connector.

The machine adopts a high-efficiency wind tunnel heat dissipation system. The CPU has a single heat-dissipation copper tube with a diameter of 10mm to bring a larger heat dissipation area. Compared with the 8mm+6mm double copper tube, the heat dissipation efficiency is higher, which can keep the nine-generation Core. The i7-9750H processor maintains the Turbo frequency state for a long time, and the performance is more stable and durable. 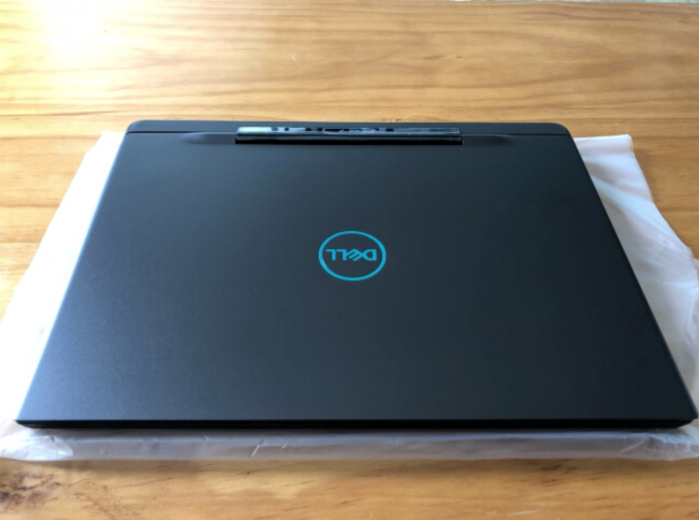 The Dell G7 is powered by the Nine-generation Core i7-9750H, equipped with an NVIDIA GeForce RTX 20-series graphics card and a 19.9mm metal body. The display is 15.6-inch IPS wide viewing angle full screen, NTSC color gamut is 72%, with a high refresh rate of 144Hz, up to 512GB NVMe PCleSSD. Compared to the computer 3 years ago, the overall performance increased by 33%, the game FPS value increased by 56%, the game switching time increased by 38%, in the game masterpiece, live broadcast, sharing and super-tasking processing, it is more convenient, with NVIDIA GeForce RTX The 20-series graphics card, based on the Turing architecture and the RTX platform, the game screen display is even better. 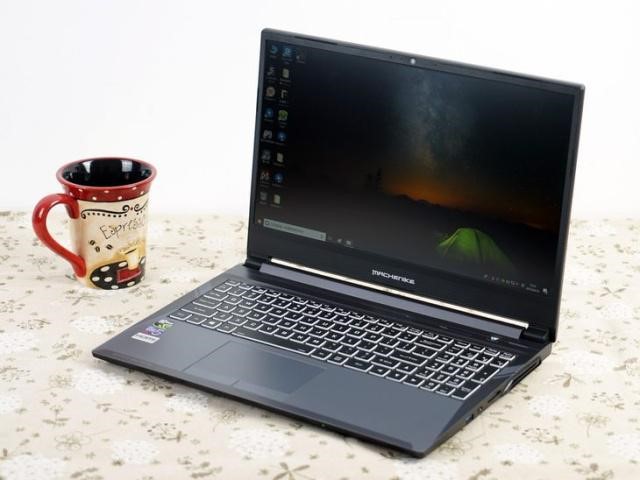 The mechanic T58-V maintains a tough design style, and the A side adopts a two-way brushed design with a novel light strip design. The game is equipped with a full-size LED-backlit keyboard and a separate numeric keypad. It also comes with a 512GB high-capacity solid state drive, 1TB mechanical hard drive, LED-backlit keyboard, and IPS matte display.

In the heat dissipation design, the mechanic T58-V is equipped with dual fan 4 copper tube 3 air outlet and layered cooling system, which can quickly conduct heat, effectively remove heat and cool down, and ensure the long-term Turbo performance of the 9th generation Core i7-9750H processor. . 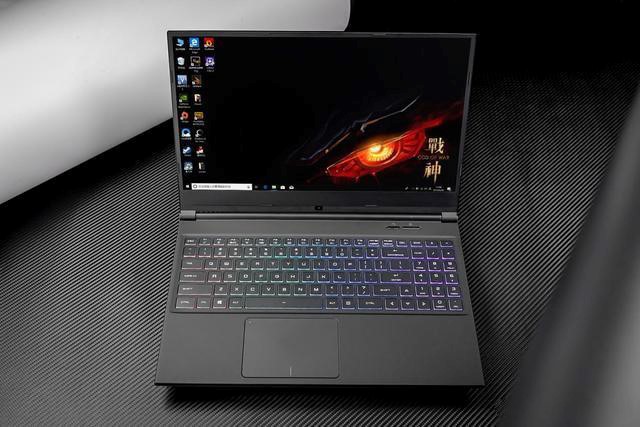 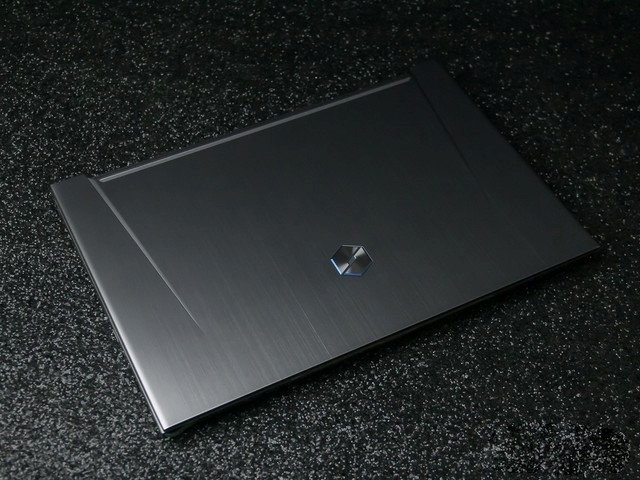 The mechanical revolution Z2-G is not much different from the previous one in the appearance of the mold. The A and C sides are made of metal and the vertical brushed texture is processed. The whole machine is controlled at 1.95kg and the thickness is controlled at 2cm. On the screen side, the machine uses a 15.6-inch IPS screen, which is a 72% NTSC color gamut screen with a 144 Hz refresh rate. In terms of interface, the left interface includes an RJ-45 network port, a USB 2.0 port, and two separate headphone/microphone jacks. The right side interface includes two USB 3.0 ports and one standard SD card reader slot. The rear interface includes two Mini DPs, one HDMI, one USB3.0 Type-C and one power jack. In terms of configuration, the Z2-G is equipped with an i7-9750H processor and a GTX 1660 Ti graphics card. The 16GB frequency is 2666MHz dual-channel DDR4 memory, and the hard disk is 512GB PCIe SSD. 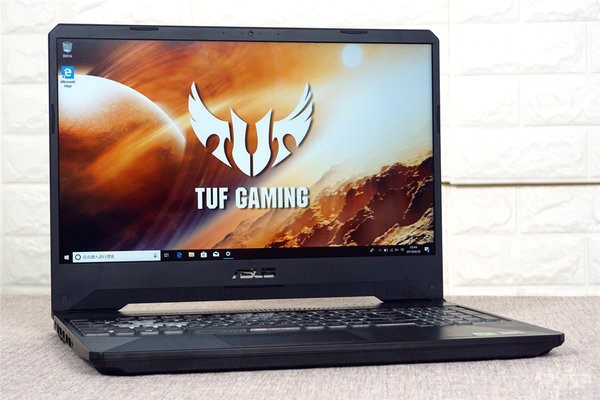 In combination with the above games with the 9th generation Core H, it is recommended that you choose the product with the best design of the cooling module when you choose the game. If you can also provide the feature of unlocking the power limit, then It's better.

According to Intel, in the past two months, there will be a large number of high-performance versions equipped with the nine-generation Core H mobile processor. 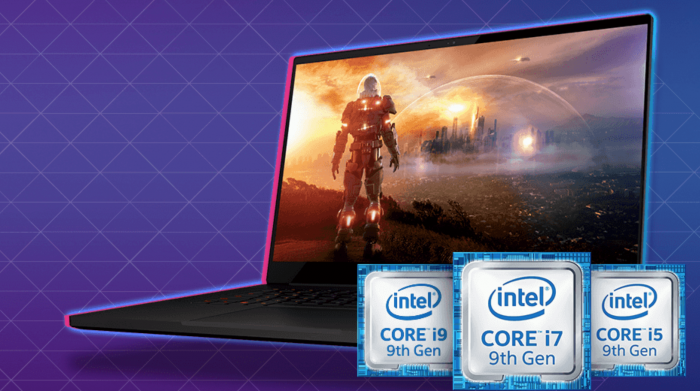