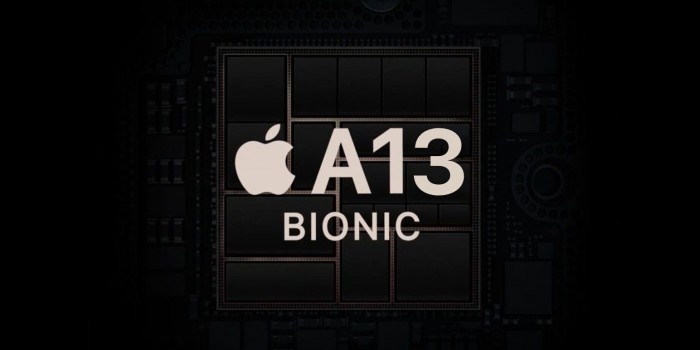 The US company is expanding its internal design strategy: the iPhone is one of several Apple devices that use custom chips. The company also designed similar components for Apple Watch, Apple TV, AirPods and HomePod. According to reports, Apple also manufactures dedicated chips for Mac computers and is developing a Mac main processor chip that will eventually replace the processor chip provided by Intel.

Traditional processor chips are not always the best solution for new tasks such as image and speech recognition. In recent years, Apple has added new components to its chips, including features for processing graphics and machine learning. The company also plans to develop other new chips, including modem chips for making calls and connecting to the Internet, as well as power chips based on a recent agreement with Dialog Semiconductor Plc.

According to people familiar with the matter, the latest A13 chips will appear in the follow-up models of the iPhone XR, iPhone XS and iPhone XS Max. They said that the new high-end models are codenamed D43 and D44, while the iPhone XR's internal upgrade code is N104.

The appearance of these three new phones will be similar to the current iPhone, but an upgraded version of the iPhone XS and iPhone XS Max will add a third rear camera. The iPhone XR upgraded device will have a second camera installed on the back.

The third camera on the high-end iPhone will be equipped with a super wide-angle lens for a larger, finer picture. And its zooming ability will be stronger. Apple is also developing an auto-correction feature that will allow those who might be accidentally cut back to return to the photos they took. The second camera used in the iPhone XR upgrade will also increase the zoom capability.

According to one person familiar with the matter, the follow-up models for the iPhone XS and iPhone XS Max will be about half a millimeter thicker than the iPhone XS, and the rear camera array will be in a square area in the upper left corner of the back of the phone.

Apple also plans to introduce a new feature that allows users to talk about the latest AirPods and other devices on the back of the new iPhone. People familiar with the matter say this is similar to what Samsung offers on its latest devices.