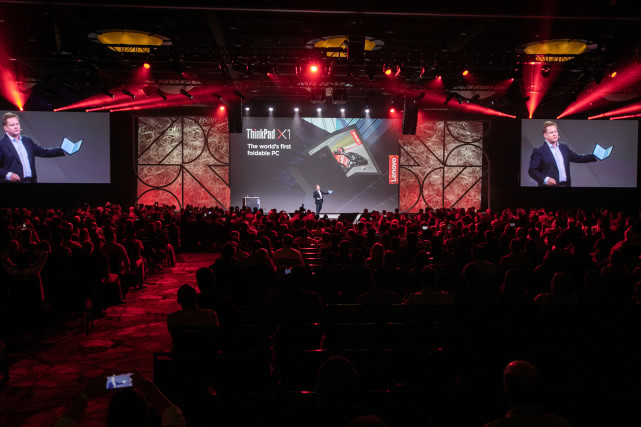 According to the official introduction, this folding screen device will be one of the members of the X1 series and will be officially launched in 2020. The specific price has not been announced yet.

From the appearance, the ThinkPad X1 folding screen is a 13.3-inch screen that supports touch and looks like a tablet. The difference is that it has full PC-level computing performance. 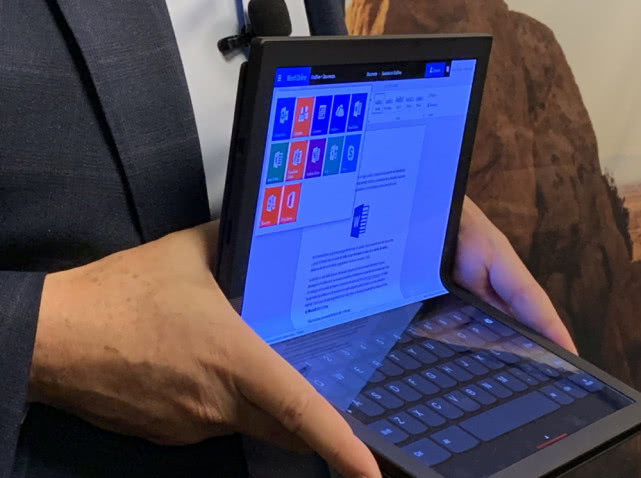 After folding, the size of the ThinkPad X1 Folding Screen computer is close to that of a regular book.

As the most watched part, the ThinkPad X1 Folding Screen PC comes with a 4:3 13.3-inch 2K resolution OLED screen from LG.

Lenovo said that the products after the listing will have all-weather endurance, and the weight of the whole machine is only about 900 grams. 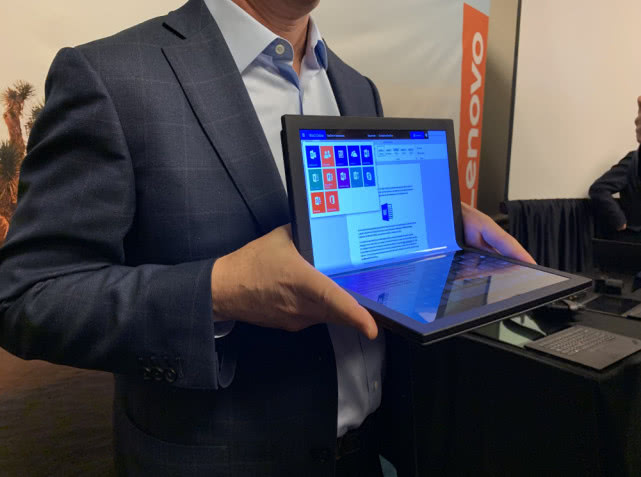 As a mature and complete folding screen laptop, the ThinkPad X1 foldable screen computer is equipped with the full Windows 10 operating system, which means that users can get the same experience as a normal PC on this device.

So, what are the application scenarios for such a folding screen?

Based on the properties of the ThinkPad X1 collapsible screen, users can use it as a tablet device when the screen is expanded, including browsing social media as an e-reader.

In the case of folding the screen, it becomes a computing device with a virtual keyboard and PC performance, which can be used for heavy PC task processing, including graphics, images and even video processing.

In the office scene, based on the expansion interface equipped with the fuselage, the user can also connect it with peripherals such as display screens and keyboards, and expand the screen output to obtain a complete PC office experience.

Related news
Lenovo launches the world's first folding screen computer ThinkPad X1
The 2019 ThinkPad X1 Carbon/Yoga starts at $1499/1629 in the United States (figure)
Lenovo ThinkPad X1 Carbon evaluation: the preferred notebook recommended by foreign media editors (figure)
Lenovo will launch ThinkPad X1 folding screen model in 2020
$2499! Released by Lenovo ThinkPad X1 fold: foldable screen, three usage modes
Think of the foreign media as ThinkPad X1Fold Win10X
Hot news this week
Xiaomi's new keyboard and mouse product: keyboard can't only be used for typing
Ali, Tencent join the bureau," health code "can really replace the pass?
Opening of AMD's official store: Ruilong Limited gift box $150
Novel coronavirus pneumonia CDC may be followed by China's suspension of work and suspension of school
Here comes the 7 nm sharp dragon! Lenovo released ideapad slim 7 amd version on the US official website
"Cloud conference" is coming! Suning will broadcast Huawei new product conference live: held online on February 24
Samsung TV's global sales volume is the first for 14 consecutive years: qled is twice as big as LG OLED
Alipay's 240 thousand living materials rush to Wuhan, including 70 thousand packets of diapers / sanitary napkins, etc.
Climate change may dry up this river in the United States. Millions of people will be seriously short of water
Huawei releases new matebook d 14 / 15: upgrade amd R7 / Core i7
The most popular news this week
The whole family is in the past! Microsoft three in one office official edition experience
Baidu withdraws the lawsuit and Wang Jin responds: the one who is clear and the one who is turbid
Tesla speed up to Apple
Is it dangerous to cancel Microsoft Sony's exit from GDC Apple Google developer conference at F8 conference?
What's the direction of mobile phones in the future for vivo's new apex 2020?
Eric Schmidt thinks Silicon Valley may lose to China
Interpretation of Baidu's Q4 financial report in 2019: to alleviate the downturn in the first three quarters, it is necessary to define the growth point in the future
Why does the new crown outbreak not necessarily originate in China?
Here's a smart watch that costs only 130 yuan. It looks like an apple watch
Forbes China's 2020 Richest Women's List: Yang Huiyan First Ma Dongmin on the list