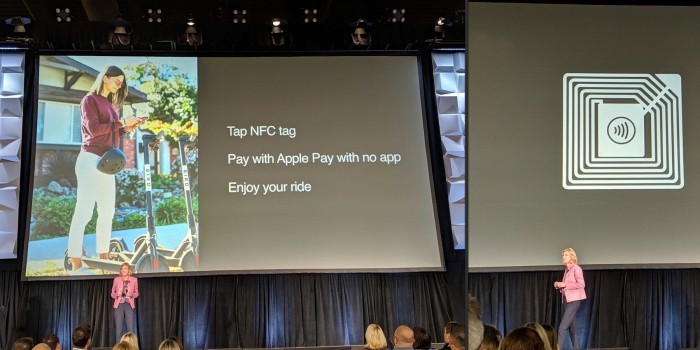 Apple also announced that in the Wallet app, users will soon be able to sign up for membership cards at one time and may present them as recommendations as they make eligible purchases.

The company announced the news at the TRANSACT conference in Las Vegas, a conference focused on mobile payment technology.

Currently, physical Apple Pay transactions require as large a terminal as the retail store checks out. With new support,iPhoneYou will know how to read the specially coded NFC tag and automatically display the Apple Pay purchase interface when the user brings the device closer to it. No third-party apps or other settings are required.

An obvious example is that users can click on theirMobile phoneOr watch the NFC tags on your bike and temporarily make up their mileage on the rented electric scooter. For Bonobos, it allows for simpler self-service shopping and the ability to place NFC tags directly on hangers.

The new Apple Pay feature will be available later this year and Apple is expected to work with more merchants. 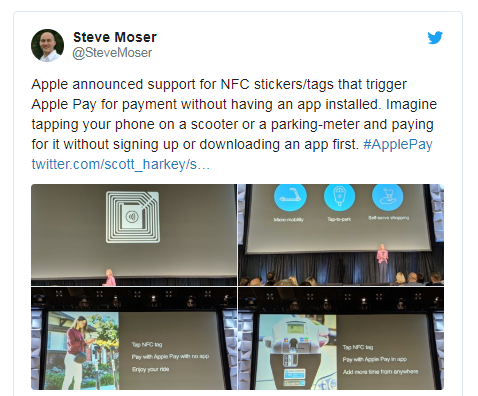 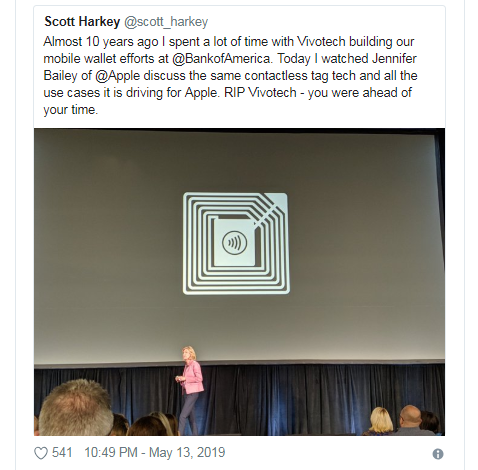 Related news
Apple announces support for Apple Pay NFC tags to partner with Bird Scooters
Apple Pay or anti-competitive behavior to be investigated by EU antitrust agency
Hot news this week
||||||||
Samsung Galaxy note 20 exposure: S20 ultra with s pen?
TSMC's 5nm process performance is improved by 15% and the performance of AMD Ruilong 5000 processor takes off
The Institute of Psychology of the Chinese Academy of Sciences and Tencent set up a psychological assistance platform to help psychological reconstruction
When Wuhan Optical Valley returns to work: Internet enterprises can apply for resumption of work and production, which shall be approved
Celebrating Hubble's 30-year launch of NASA's "birthday universe" special page
The top scientist returned to China after the U.S. investigation to develop a new rapid detection method for coronavirus
AXON 11 ZTE 5G release: from $168 g/7.9mm 2698
wechat "dark mode" hot eyes? These six new features are the real fragrance!
HuaweiP40 release: with HMS hard-core google, no price increase to grab the global high-end machine market
The most popular news this week
Microsoft is playing a bit big! Several new features of win10
Cdpr community manager praised "ancient swordsman 3" and replied that he liked their game very much
Zhejiang Jiaxing issued 200 million yuan of consumption bonds, of which 150 million yuan was deducted through wechat payment
Sinopec no longer imports more crude oil from Saudi Arabia? Official denial
453 million in two and a half days! Hangzhou Alipay consumer coupons boost consumption strongly
Zoom not only shows the original meaning of technological innovation in Huawei P40 series
The 10th anniversary of NVIDIA Fermi architecture
Huawei Ai Wei: the history of qualitative change caused by quantitative change will reappear in the computing industry
Infected new crown pneumonia to take medicine for life? WHO think China's new crown outbreak of the second outbreak?
They all say they are image flagship. Why is Huawei's P40 series really the only one?