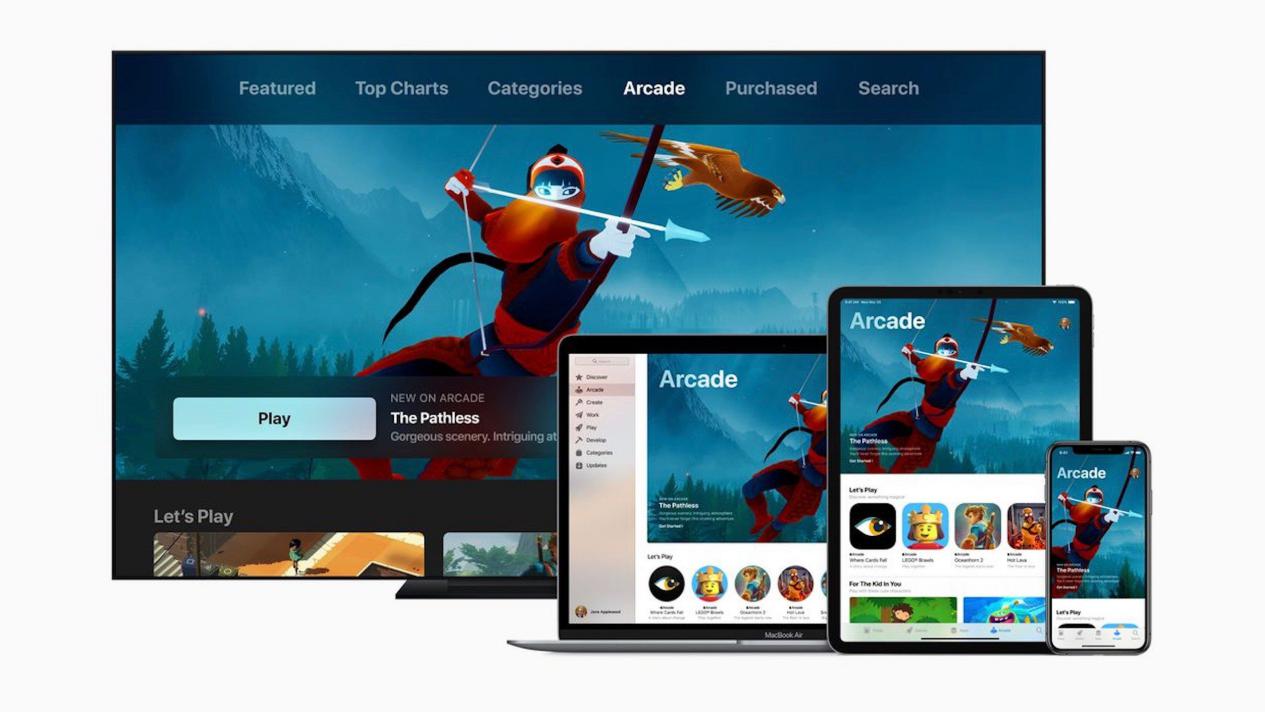 This is the first time Apple has invited developers to join Apple Arcade via email. In the email, Apple mentioned: "In March of this year, we launched Apple Arcade, the world's first game subscription service for mobile, desktop and living rooms. We are working closely with some of the world's most innovative game developers. Collaborate to bring their games to Apple Arcade. If you're developing a groundbreaking game and want to add it to Apple Arcade, we'd love to hear from you." 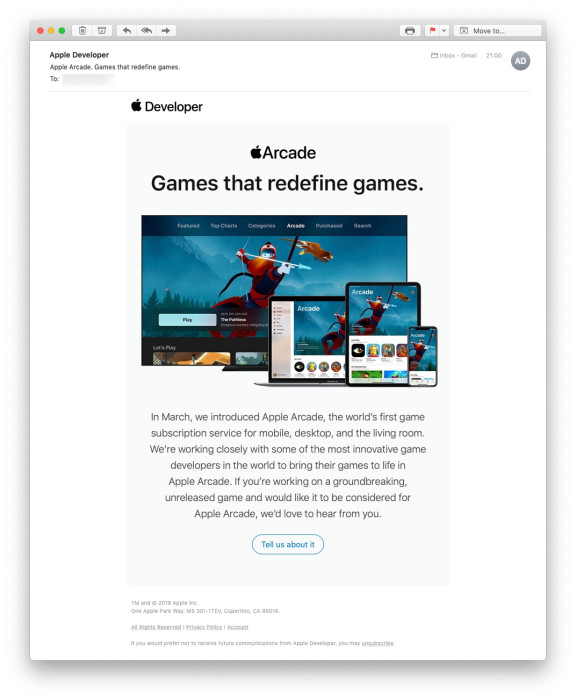 It's worth noting that games offered through Apple Arcade will not be available outside of the subscription service, which is why Apple specifically mentions that only unreleased games can be added when recommending to developers. With Apple Arcade, developers will be rewarded based on when users play games, and Apple will provide early-stage funding for developers to develop Apple Arcade games.

In the fall of 2019, Apple Arcade will be launched in more than 150 countries around the world, and will be available in the App Store as a new tab, available on iOS, macOS and tvOS. Apple promises that every game in Apple Arcade offers a full-featured experience, including all game features, content, and subsequent updates, so players don't have to pay for anything at an additional cost.

Related news
Apple Shows Game Ambition Apple Arcade spent more than $500 million
Apple sends an email to invite developers to join Apple Arcade
Apple's Apple Arcade business fees are exposed at $5 a month
Foreign media tried out the Apple Arcade game on MacBook
Foreign media tried Apple Arcade game on MacBook
Apple Arcade is expected to inject a lifeline into Mac games
Apple Arcade supports offline, but do you have enough iPhone space?
Hot news this week
Samsung and research team found a new semiconductor material: amorphous boron nitride (a-bn)
What does Huawei mean to Chinese semiconductor?
Attack Tencent hinterland byte jump start long video Secret War
The Facebook Regulatory Committee, which came into operation this fall, could overturn Zuckerberg's decision
Amd releases driver update for radon 20.7.1 to introduce new error reporting tool
Oxford University expert: the new coronavirus has been sleeping all over the world, not originated in China
Microsoft stops win10 update in May: for users using storage pool function
Successful development of new coronal vaccine in the United States? The subjects said they had antibodies: they were vaccinated two months ago
"Shandong Xiaomi Finance" lost Lu Weibing praise legal team: recently very powerful
Training time is expected to be shortened to a few minutes! TSMC or will produce Cerebras "super" AI chips
The most popular news this week
Amazon ordered tiktok to be banned for seconds: hand skating?
The light of domestic products! BYD's customized version of Huawei P40 released
Galaxy S21 internal code, hardware details exposure price configuration may both decrease
A device called LG K31 is exposed: or will it be released in the next few weeks
Asian media say Samsung Galaxy Note 20 may actually be cheaper than expected
HMD plans to launch Nokia 2.4, also known as wolverine, equipped with eight core Helio P22 processor
ROG game mobile phone 3 is certified :6000 mAh battery with 30 W fast charge
has submitted a submission to the US side! Can TSMC and Qualcomm resume supply to Huawei?
"Reprisals" by the United States against France in the digital tax dispute, Expert: limited impact
Raise the price as much as you can! NVIDIA RTX 20 series production stopped