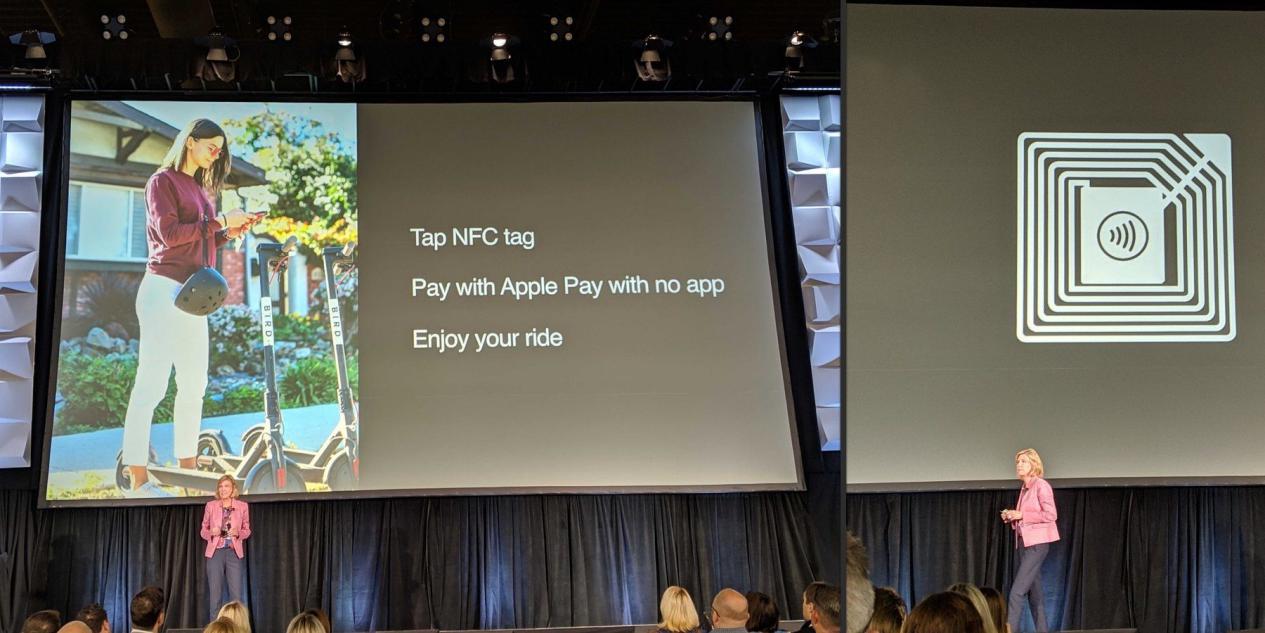 On May 14, at the TRANSACT (Mobile payment Technology Exhibition) conference in Las Vegas, Jennifer Bailey (Jennifer Bailey), Apple's vice president of Apple Pay business, announced that iPhone would support the new NFC feature: no need to download App, Only one NFC tag sticker is required to trigger Apple Pay payment.

Apple is launching this feature for the first time in partnership with Bird Scooters, Bonobos clothing stores and PayByPhone parking fee mobile payment services. Currently, physical ApplePay transactions require a terminal such as POS. With the new NFC feature, the iPhone will be able to recognize the specially encoded NFC tags and automatically display the ApplePay purchase interface when the user approaches the device, without the need for third-party applications. Or other settings.

For example, when renting an electric scooter, users can pay for rent or renewal by using an iPhone or Apple Watch near the NFC tag on the scooter, so there is no need to download an app for it. At the Bonobos clothing store, this feature allows for simpler self-service shopping, and the store places NFC tags directly on the hangers so users can easily pay with the iPhone.

In addition, Apple also announced that users will soon be able to sign up for membership cards in the Wallet app. When a user purchases an eligible item or service, the card will be presented to the user as a suggestion.

It is reported that the new NFC function supporting Apple Pay will be officially launched later this year. This new feature is very convenient and novel. I believe many companies will want to cooperate with Apple in the future. This is another step taken by Apple to replace the wallet. .

However, we can foresee that this feature may be a bit embarrassing when entering China. Unlike most foreign payments that rely on bank cards (including bank card-based mobile wallet payments), domestic mobile phone users and merchants are basically Accustomed to the QR code scanning payment form, Alipay, WeChat and other third-line payment platforms have a large market share to make NFC become very small, Apple Pay wants to shake the giant status is not easy.