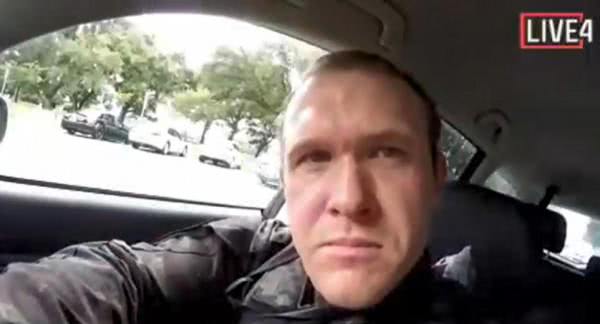 Starting Wednesday, people who violate Facebook's "most serious policies" will be immediately banned from using Facebook Live for a while. However, Facebook did not specify the details of the rules. The policy is expected to expand to other sections in the coming weeks, and according to Facebook, it will prevent the same violators from buying ads.

A Facebook spokesperson told CNN Business that under the new policy, gunmen charged with shooting in Christchurch could no longer broadcast the killing on their account in March.

Prior to this, New Zealand and France are working hard to promote the joint efforts of technology companies and countries to take more measures to limit the spread of online extremist content. The non-binding agreement, called "Christchurch Call," is expected to be announced at the G7 Digital Leaders Conference on Wednesday.

New Zealand's Prime Minister, Jindane Adebat, said on Monday: "I've made two direct conversations with Mark Zuckerberg, and in fact we have a good communication with Facebook. The last time he talked to him a few days ago, he did say Facebook's support for putting that call into action."

Live video is not the only video issue for technology companies to fight terrorism. After the Christchurch shooting, Facebook deleted 1.5 million mosque attacks. The video of the shooting was still spread on YouTube and Twitter, and was shared into private messaging applications after technology companies cracked down on public posts. More than a month after the shooting, people can still find imitations on some mainstream technology websites.

Facebook said in a post posted on Tuesday that detecting these videos is an area where more research is needed. In addition, the company said it will invest $7.5 million in a research partnership with the university to better identify manipulated media.

It is unclear whether other companies will participate in the Christchurch appeal meeting, and whether this voluntary agreement will help mainstream technology companies evade government regulation.

Related news
Facebook announces adjustment of live broadcast regulations after New Zealand shooting
The New York Times reveals that Facebook content cleanup work: "tired AI" can not complete the task
Facebook actively formed an external content regulatory committee to finalize the charter in August
Facebook employees will be able to choose remote but may have a pay cut
Hot news this week
***
Samsung will invest more than $5.7 billion in NAND flash chip production line in hanzeng
Huawei TSMC hired two white house lobbyists for its second largest customer
The first millet mobile phone in India! Xiaomi, head of India, remembers Mi3: the first sale of secku's e-commerce system collapsed
A wallpaper makes Android phones crash: it's the color gamut
Xiaomi 618 many new products presale redmi display 1A 23.8 inch price 499 yuan
India mobile Q1 shipments out! Domestic mobile phone dominates Samsung's list
In tmall's selling of sexy products, the sales volume is more than 1 billion yuan. How can I achieve this?
Tesla's autopilot has to step through these pits before it can "roll over"
The essence of business war is to match resources
The most popular news this week
Twitter's new installations hit a record high as users looked for protests and covid-19 news
US government adjusts restrictions on Chinese flights to and from the US
Motorola releases 2 entry-level smartphone Moto G Fast and Moto E
Apple launched a new open source project to facilitate password management App create strong passwords
Bosch creates a new system help connect to help motorcyclists get help faster
Old users don't have to know that wechat has so many practical skills
Old users don't have to know! There are so many practical skills hidden in wechat
Dada group's U.S. listing: nearly 30% drop after opening
Sa Beining was the first "public wake-up officer" in Alipay: providing a all in one service for liars from prison to program.
China Mobile publicizes the progress of rectification: a large number of offline packages to solve the selection problem