Because Morgan Stanley sang, Google’s share price fell against the market when most technology stocks rebounded. 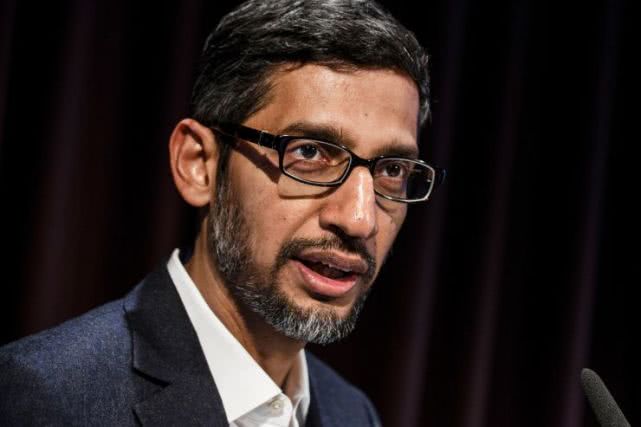 This decline has reduced the market value of Alphabet by more than $8 billion. Currently, its market value is $790.9 billion.

At the same time, most other major technology stocks such as Apple, Amazon and Uber have seen different levels of rebound on Tuesday. As of Tuesday's close, Apple shares rose 1.58%, Amazon shares rose 0.96%, Uber shares rose 7.71%, and Lyft shares rose 4.92%.

Morgan Stanley analysts wrote in a report released on Tuesday: “We believe that Google’s long-term innovation in its leading ecosystem engagement/monetization has not changed. However, Google’s recent uncertainty regarding YouTube’s algorithmic adjustments may weigh the lower P/E and performance of the share capital. ”

Google reported in its latest earnings report that its advertising revenue growth slowed, with a growth rate of 15.31% in the quarter, compared with 24.43% in the same period last year. Ruth Porat, the company's chief financial officer, said the changes on YouTube were part of the reason for the slowdown in revenue growth.

Although she didn't mention specific changes, YouTube has made some widely publicized adjustments to its algorithms over the past year for feedback from consumers and advertisers, which may affect ad clicks.

While Google will continue to respond to algorithmic changes on YouTube and competitive pressures from other digital advertising companies such as Facebook and Amazon, Morgan Stanley analysts say they still believe in the company's long-term growth potential.

They wrote: “Patient investors with years of vision are still likely to get good returns, but in the short term, Wall Street’s estimate of Google’s revenue (in our opinion) needs to be reduced by 1-2% to provide sufficient margin of safety. Let Google be able to exceed expectations. ”

Related news
How does Google recruit talent?
How much is Google Cloud worth?
Hot news this week
***
Samsung will invest more than $5.7 billion in NAND flash chip production line in hanzeng
Huawei TSMC hired two white house lobbyists for its second largest customer
The first millet mobile phone in India! Xiaomi, head of India, remembers Mi3: the first sale of secku's e-commerce system collapsed
A wallpaper makes Android phones crash: it's the color gamut
Xiaomi 618 many new products presale redmi display 1A 23.8 inch price 499 yuan
India mobile Q1 shipments out! Domestic mobile phone dominates Samsung's list
In tmall's selling of sexy products, the sales volume is more than 1 billion yuan. How can I achieve this?
Tesla's autopilot has to step through these pits before it can "roll over"
The essence of business war is to match resources
The most popular news this week
Twitter's new installations hit a record high as users looked for protests and covid-19 news
US government adjusts restrictions on Chinese flights to and from the US
Motorola releases 2 entry-level smartphone Moto G Fast and Moto E
Apple launched a new open source project to facilitate password management App create strong passwords
Bosch creates a new system help connect to help motorcyclists get help faster
Old users don't have to know that wechat has so many practical skills
Old users don't have to know! There are so many practical skills hidden in wechat
Dada group's U.S. listing: nearly 30% drop after opening
Sa Beining was the first "public wake-up officer" in Alipay: providing a all in one service for liars from prison to program.
China Mobile publicizes the progress of rectification: a large number of offline packages to solve the selection problem