Recently, Forbes released the list of 2000 listed companies in the world in 2019, which is the 17th release of Forbes. 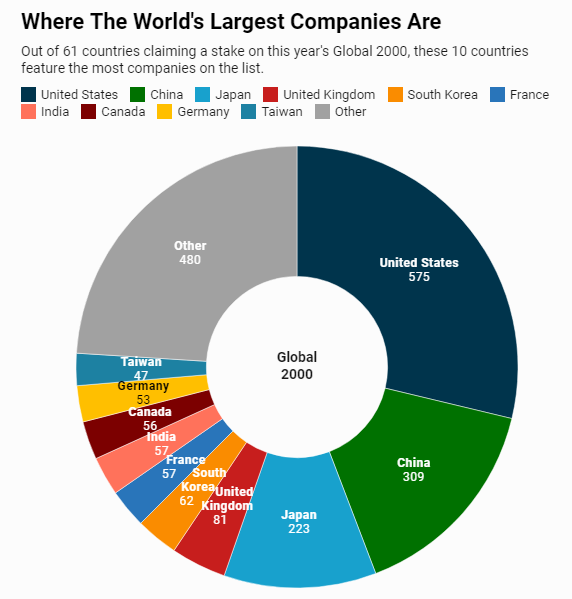 Forbes pointed out that the current situation is very different from the situation when Forbes released the Global Enterprise 2000 list for the first time in 2003. At that time, there were 776 companies listed in the US, and only 43 in mainland China and Hong Kong. 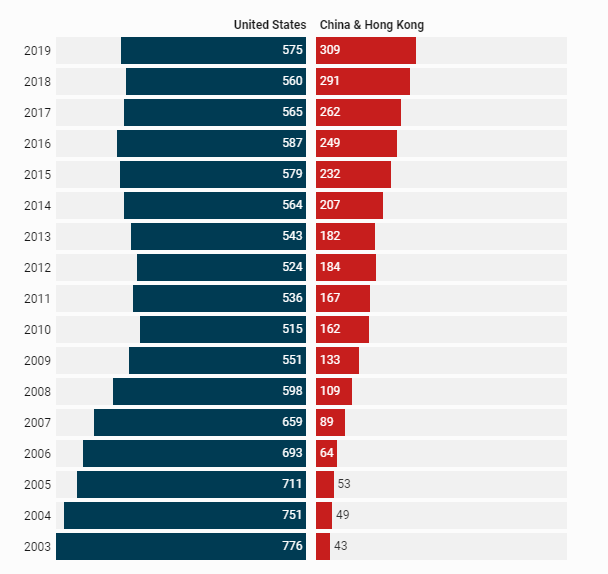 The number of top 2000 companies entering China and the United States in the past 17 years (Source: Forbes)

Specifically, the Industrial and Commercial Bank of China won the first consecutive year. According to Forbes, at present, the powerful state-owned financial group has assets of more than 4 trillion US dollars and nearly 500,000 employees.

As several major tax cuts boosted profits, JP Morgan Chase climbed to second place in the overall rankings and became the top ranked US company. The other top ten US companies are: Bank of America, Apple and Wells Fargo. Royal Shell from the Netherlands is the only non-Chinese company to be listed.

In terms of industry distribution, banks and the financial industry have the most companies on the list, with 453 on the list, occupying more than one-fifth of the list. The number of companies in the construction, oil and gas industry ranked third and fourth, with 123 and 110 respectively. 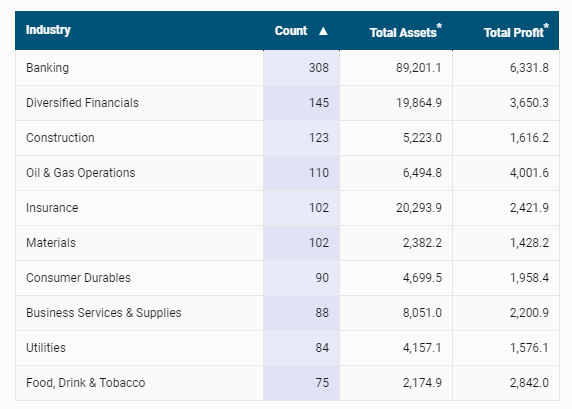