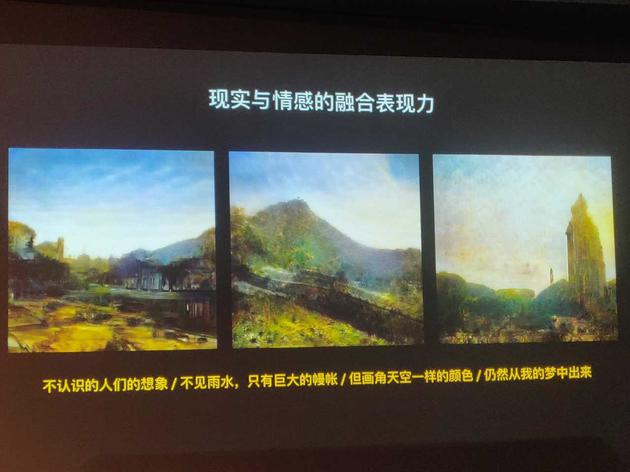 At present, Microsoft Xiao Bing has made some progress in text creation, voice creation and visual creation. Among them, voice creation mainly covers music, audio books and radio TV programs. The artificial intelligence singing model has been iterated to the fifth version. In the last month, it announced in Japan that it cooperated with AVEX Records. The Japanese version of Microsoft Xiaobing became AVEX's artificial intelligence singer.

In terms of visual creation, according to Xu Yuanchun, general manager of Microsoft Artificial Intelligence Creation and Commercialization Division, it mainly covers painting and textile and apparel fabric design. In painting, Microsoft Xiao Bing does not randomly generate images, nor does it perform filter processing and style migration on existing images, but is an independent new work created under the stimulation of text and long-term learning. According to Microsoft, Xiao Bing studied the works of 236 human painters in 400 years and cultivated his painting skills in 22 months. This month, Xiao Bing also used the pseudonym of “Xia Yubing” in the 2019 graduate student works of the Central Academy of Fine Arts. The exhibition exhibited its own work. In addition, Xiao Bing also provides a textile and apparel fabric design platform that can be designed in more than ten styles.

Microsoft Xiao Bing was launched in 2014 by the Microsoft (Asia) Internet Engineering Institute. Based on the extension of its conversational artificial intelligence capabilities, Microsoft proposed the concept of "AICreation". Microsoft believes that the exploration of artificial intelligence in the field of creation is different from Go. It is not aimed at defeating human beings, but it is hoped that under the premise of achieving the standard of quality, it will fully utilize its characteristics of rapid learning and stability, and it will be highly customized. ” The future of the content industry. (He Chang)