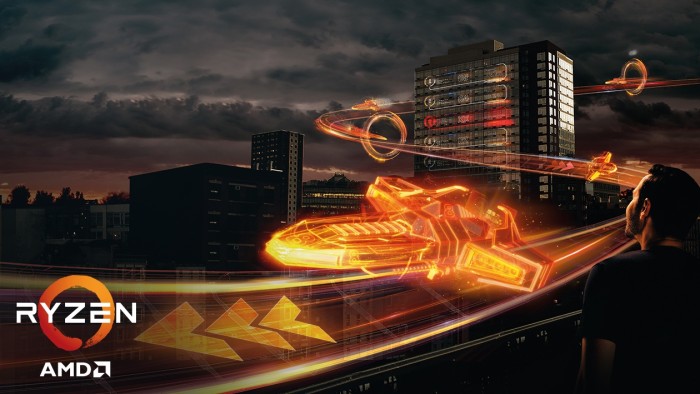 However, on the 14nm node, Intel has been in use for more than four years since 2015, and the process will continue to be used until 2020. The hard-to-produce 10nm process will be first shipped in June this year, but the high-performance version of the desktop,The serverProcessors won't be available until next year.

Intel's dystocia at 10-nm nodes directly leads to a sharp problem: AMD's 7-nm Reylon 3000 processor, launched this year, will lead Intel in manufacturing technology for the first time, which has not happened for more than a decade. The last AMD technology lead will probably be pushed to the era of P4.

Today, AMD's 7Nm wafer manufacturer relies on TSMC, specifically the 7Nm HPC high-performance process. So can TSMC's 7Nm process pass the Intel process? This issue has been discussed for almost two years without any result, because there is no Taiji 7Nm HPC chip on the market, nor does Intel issue 10nm processor, so we can only talk on paper.

But considering the time point of the horizontal axis, AMD's 7Nm process has an advantage in the time to market. Intel previously said that only 10nm processors were released this Christmas shopping season, while AMD announced a 7Nm 64 core Roman processor at the end of last year.

But now things have changed. Intel will ship 10-nm processors in June, and AMD will release 7-nm Reyron processors at the end of this month, which will be officially launched in Q3 this year.

Related news
Is TSMC's 7Nm process better than Intel's 10nm process? AMD tells the truth
Intel finally admitted that 7nm was behind: he couldn't catch up with AMD in two years
Intel finally admitted that it can't catch up with AMD in 2 years.
Where will Intel / AMD go in the future? It's all here
Hot news this week
Synergy Research released 2020Q1 China public cloud market report Baidu Intelligent Cloud stable third
Wechat has not done this function for N years! Use this app to make up for the defects of wechat
2020 wechat Dragon Boat Festival travel big data: the number of wechat payments increased by 43% year on year, and the post-90s most like to travel
Gree's response to "being disqualified from winning the bid": a mistake made by the bidder in sorting out the materials
Microsoft official free data recovery tool windows file recovery experience
NASA's face touching Necklace: vibration warning to prevent the spread of new coronavirus
IPhone 12: it's more like throwing away the charger
Apple wants to know: what do you do with the charging head of the old iPhone?
This design Chinese old man Le Du suit! Norwegian one-car push mini-stepping car: human electric two powe
Amazon cancels disposable plastic products in India
The most popular news this week
HP spectre folio experience: leather and limited, trying to get rid of homogeneous laptops
"Operation Wizard" has pushed 5.9 monthly fee members, 88vip and Jingdong plus members have something to say
Microsoft's new windows Preview: push new fluent start menu
TSMC 5nm was snatched by Huawei and apple this year
India's telecommunications minister said it had decided to move Huawei out of the country's 5g network construction plan
Huawei mobile phone new patent exposure: camera equipped with "SLR Lens"
5000mAh large battery and 65W super fast charging! These phones help you get rid of charging anxiety
Source: Samsung Galaxy note20 or series is the most expensive
Huawei Hongmeng 2.0, EMUI 11 all mobile phones, television, PC platform
59 Chinese apps banned, India's Internet appears a lot of vacuum zone