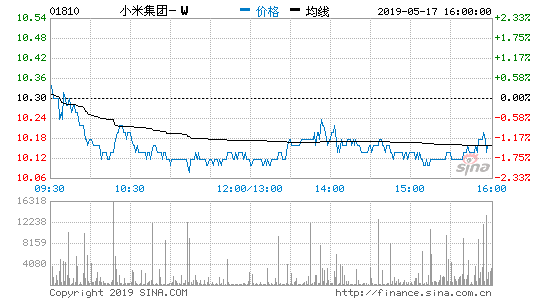 Sina Technology News, May 17 evening news, Xiaomi Group announced today the new organizational restructuring and personnel appointments. Chairman and CEO of the Group Lei Jun is also the President of China, responsible for the overall business development and team management in China. At the same time, he established the Power Generation Division and appointed Wang Chuan, Senior Vice President of the Group, as the President of the Home Appliances Division, responsible for air conditioning other than TV. The business development and team management of household appliances such as refrigerators and washing machines are reported to the CEO.

Prior to December 2018, Xiaomi Group reorganized the original sales and service department into China, aiming to further strengthen the market investment in China, strengthen coordination with the product department, and continue to increase the domestic market.

In 2019, on the eve of the outbreak of 5G, and the increasingly fierce competition in the mobile phone market, China needs to continue to explore new retail, increase investment and enhance the synergy efficiency of the Group's business units.

Analysts pointed out that the competition in the mobile phone industry has become fierce. The China region is the top priority of Xiaomi's global market. It needs a comprehensive upgrade from resource investment to organizational security. Lei Jun's personal appointment as president of China is an important manifestation. Prior to this, Lei Jun repeatedly stressed that the mobile phone business should lose the quick win theory and firmly fight for a protracted war. In 2019, we must continue to lay a solid foundation, continue to exert innovation, quality and delivery, and firmly implement the multi-brand strategy of mobile phones.

This year, the Chinese smartphone industry has also seen a new trend. The market concentrating of the four TOP brands of Huami OV is getting higher and higher, and the competition between them is more intense. Yu Chengdong proposed Huawei's goal of 50% market share in China this year; vivo established the IQOO sub-brand to seek the online flagship market; OPPO also announced that it will return to the Chinese market for realme, which has been operating in overseas markets such as India.

Xiaomi also announced the spin-off of the red rice brand this year, but IQOO and realme are putting some pressure on Xiaomi. It is also related to whether Lei Jun’s goal of returning to China’s first place in the ten quarters proposed in early 2018 can be achieved.

Previously, from 2016 to 2017, Lei Jun also personally seized the mobile phone department, with innovation, quality and delivery as the starting point, making Xiaomi quickly emerge from the bottom.

When the original sales and service department was reorganized into China in December 2018, Xiaochuan co-founder and senior vice president Wang Chuan was appointed as the president of China.

In this adjustment, Wang Chuan became the newly established president of the Ministry of Electricity. Previously, Wang Chuan led Xiaomi TV to become China's number one in more than five years. It has also become the first brand of online shipments in India for 8 months.

On the basis of TV, Xiaomi began testing the traditional household electric air conditioners, refrigerators and washing machine products last year. Lei Jun once said: "In the future, Xiaomi will use the home appliance as one of the core puzzles for the sustainable development blueprint for the next 10 years. ”

Prior to this, Xiaomi has set up a TV department, which is responsible for incubating air-conditioning and other major businesses. This time, Xiaomi will form a unified business segment in addition to TV, and Wang Chuan is in charge. (Zhang Jun)