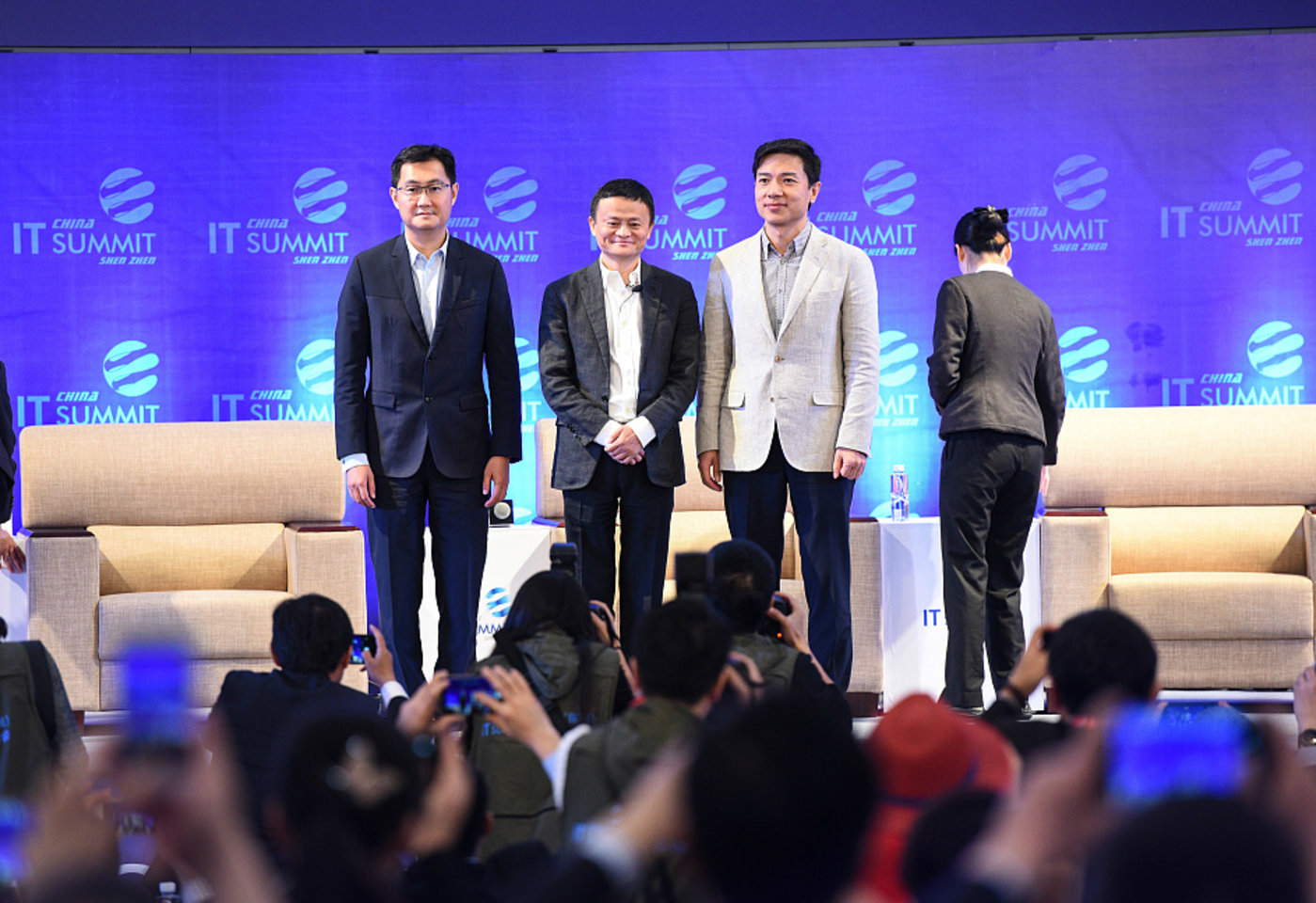 This week (May 13, 2019 to May 19, 2019) this week, Tencent Ali disclosed the latest results one after another. Tencent disclosed for the first time a separate portion of its business in financial technology and corporate services, which is growing rapidly in Q1, driven mainly by payments, financial technology services and cloud services. Ariyun continued to take the lead, with revenue of 7.726 billion yuan in the quarter, up 76 percent from the same period last year. Baidu, which is based on AI to B, did not separately disclose the specific performance of businesses such as cloud computing, but also said in its financial statements that the AI business had made a breakthrough. For the first time, Baidu Intelligent Cloud has entered the top five cloud service providers in China's IaaS (Infrastructure as a Service) PaaS (platform as a Service). Edited by titanium media as follows:

On May 15, I went through the organization.

Since this quarter, Tencent has started to disclose financial technology and corporate services separately in its financial reports. The business grew rapidly in Q1, growing 44% year-on-year to 21.789 billion yuan. It is mainly driven by commercial payments, other financial technology services (such as microfinance) and cloud business.

We want to provide them with development capabilities and solution design capabilities, including, of course, the company's solution design demonstration, as well as cooperation with third parties. The penetration of technical solutions and SaaS (Software as a Service solution) solutions in China is very low, which also reflects the problem I am talking about. With the creation of solutions, it takes time for the market to recognize the importance of solutions and improve their capabilities. In the long run, when solutions and resources are adequate, companies can benefit from data transformation.

According to the financial report, in the fourth quarter of fiscal year 2019, cloud computing revenue increased 76% from a year earlier to 7.726 billion yuan ($1.151 billion), mainly due to the increase in average expenditure per customer. In fiscal year 2019, Alibaba Cloud serves more than half of China's A-share listed companies. We will continue to invest and further expand our market share by developing value-added products and functions. In the fourth quarter of 2019, Aliyun launched major products in the fields of graphics database, anti-robot protection, block chain as a service and real-time communication.

Baidu AI to B

Baidu released its unaudited financial report for the first quarter of 2019. Baidu's revenue in the quarter was 24.1 billion yuan ($3.59 billion), up 15% year-on-year, excluding the impact of spin-off business on revenue, up 21% year-on-year.

Baidu Smart Cloud continues its strong momentum of development. IDC recently released a report on China's public cloud service market in the second half of 2018, showing that Baidu Intelligent Cloud entered the top five cloud service providers in China for the first time in IaaS (Infrastructure as Service) PaaS (platform as a Service). At the PaaS level for the whole of 2018, Baidu's smart cloud revenue grew by more than 410 percent from a year earlier, the fastest growth among all manufacturers.

According to the introduction, Huawei Gauss database has two major features: one is to integrate the hottest artificial intelligence (AI) technology, which can significantly reduce the work of database optimization and maintenance; the other is to support X86, ARM, GPU, NPU and other computing architectures.

According to an industry source close to Huawei's server division, the key words of Huawei's Gao Si database are

For the future specific planning in the capital market, find the steel network said that according to market conditions, timely choice will be made. The suspension of listing of Hong Kong shares is only a strategic adjustment of the company's capital market, does not affect the company's daily operation and long-term development.

Data show that Find Steel updated its listing application to the Hong Kong Stock Exchange in November 2018 and successfully passed the hearing of listing on the Hong Kong Stock Exchange in December of the same year. Looking for steel network that the current fund reserve is sufficient, in the first quarter of 2019, the company's business data plate year-on-year growth, continue to maintain a good development trend.

On May 15, according to IDC (International Data Corporation), the scale of China's AI market will reach 9.84 billion US dollars by 2022. By 2021, about 75% of enterprise applications will use AI.

According to IDG's half-yearly expenditure guide for AI systems, global AI system expenditure will reach US$35.8 billion in 2019, an increase of 44% over 2018, and an increase of about US$79.2 billion in 2022. In addition, before 2022, the annual growth rate of global cognitive and AI software remained at 36%, and AI developed rapidly in the world and China.

According to the statistical data of China Internet Robot Industry Market demand forecasting and Investment Strategic Planning Analysis report issued by the Institute of prospective Industry, it is estimated that the compound growth rate in 2013 / 2018 is about 15%. The global robot market was nearly $30 billion in 2018, including $16.82 billion for industrial robots, $9.25 billion for service robots and $3.75 billion for special robots, accounting for 56 percent, 31 percent and 13 percent, respectively. 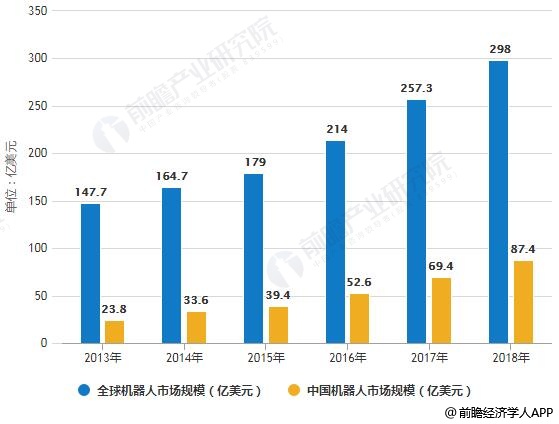