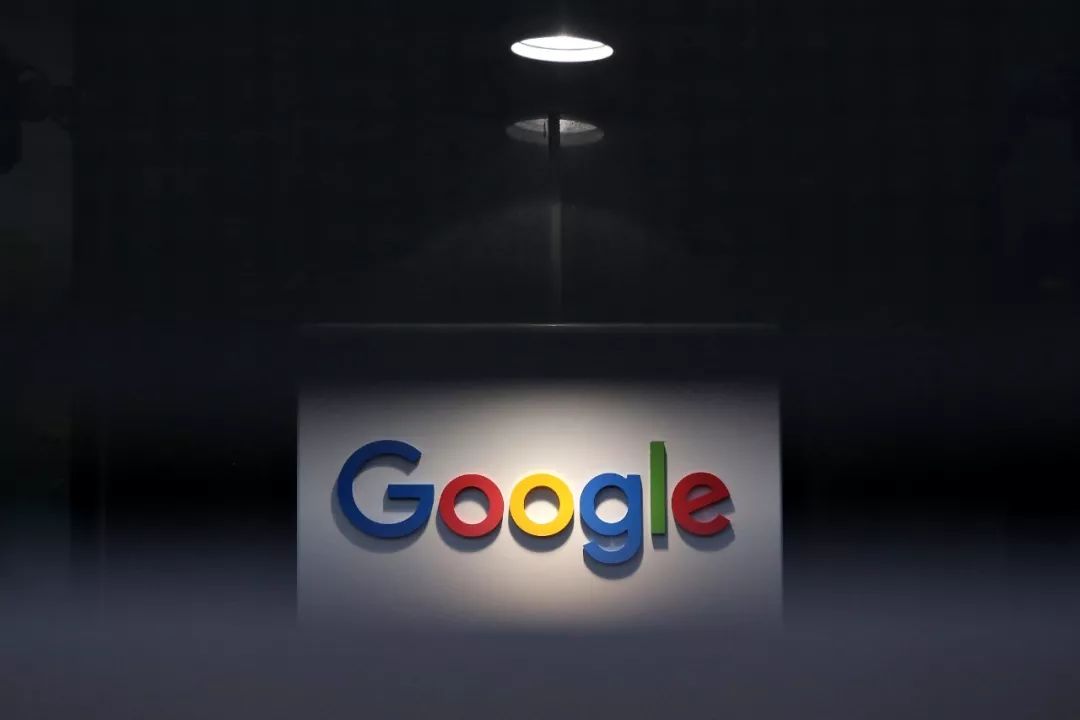 Guide:“If there is only one operating system in this market, even if it is free, it is very dangerous. ”

Although Android is open source, Google Mobile Services (GMS) still needs to be licensed by Google, while apps released on overseas Android platforms rely heavily on GMS, and even many apps can't run without GMS.“Overseas App cannot be operated even if it is installed through Huawei stores. Even if you install it yourself, you will be prompted ‘the GMS component is missing and you can't run ’. ”One developer pointed out.

According to Statcounter data from the global website traffic monitoring agency, as of April 2019, in the mobile operating system, Google Android system accounted for 74.85%, Apple iOS accounted for 22.94%, and the remaining platforms accounted for less than 1%. 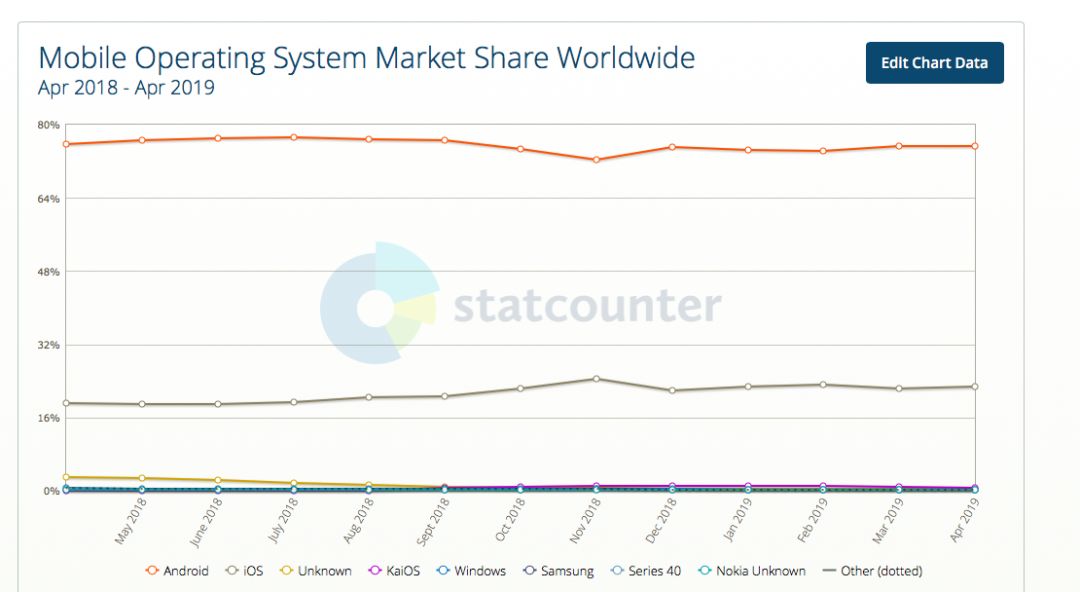 An Android developer told the First Financial reporter that Google will regularly update the Android system (Android P was released last year, Android Q will be released this year), and then the mobile phone manufacturers will improve and develop according to the version released by Google, forming various features. Android systems, such as Huawei's EMUI and Xiaomi's MIUI.

According to Android,As an open source project, the goal is to avoid any concentration bottlenecks (ie no industry participants can limit or control the innovation of any other participant).To this end, Android has been built into a complete high-quality operating system for consumer products, with source code that can be customized and applied to almost any device, as well as public documents available to all users.

However, although Android is open source, the use of Google Mobile Services (GMS) still requires Google's authorization. It is reported that GMS, including Google Maps, Gmail, YouTube and other applications, as well as the app store Google Play, must be approved and authorized by Google, and must not be modified at will, otherwise you will not be able to receive Gmail, download apps and buy through Google Play. Mobile game treasures.

At present, domestic mobile phone manufacturers have their own mobile app stores, but overseas Android users rely heavily on Google Play, which is the main channel for them to install apps.Even many apps can't run without GMS.

“Because this thing is standard on mobile phones abroad. For overseas users, it’s far from being as simple as downloading apps from the Google Play Store. Overseas apps cannot be operated even if they are installed through Huawei stores. Even if you install it yourself, you will be prompted ‘the GMS component is missing and you can't run ’. ”The above developer said.

For example, he said that phones that lack GMS support will not be able to use most of the popular apps from FaceBook, WhatsApp and Instagram.

Google’s dominance in mobile operating systems has also caused concern in countries such as the European Union and India. Google previously used the free Android operating system as a tool to encourage smartphones to use their search engines and app stores to form a dominant position in the mobile search and advertising markets.

The EU believes that these practices of Google have caused competitors to lose the opportunity to innovate and rely on competitive advantage, which is illegal under the EU's anti-compliance law. In July last year, the EU imposed a huge fine of 4.34 billion euros (about 5 billion US dollars) on Google's parent company Alphabet.

In response to the EU's anti-monopoly fines, Google has said it is changing the licensing model for EU manufacturers.

On October 16, Hiroshi Lockheimer, senior vice president of Google Platforms and Ecosystems, said in a statement:

First, Google is updating its compatibility with mobile device manufacturers, which specifies how Android can be used to develop smartphones and tablets;

Second, Google will begin offering separate licenses for search and browser Chrome and licensing for its suite of applications, such as maps, Gmail, and Docs. Google will offer a new commercial agreement to support non-exclusive pre-installation of Google Search and Chrome. Apps that compete with Google can be pre-installed with Google Apps.

According to media reports at the time, Google's new licensing business model will charge hardware manufacturers a fee of up to $40 per unit to replace the previous model that the EU sees as a monopoly.The fee is a minimum of $2.50 and is based on country and equipment size. Like the different handset manufacturer standards, most vendors may pay around $20.

Google’s decision to charge license fees in Europe to support users’ use of Google’s apps has raised concerns about the security of using Android’s business. Some insiders have said that“ Android charges this thing, in fact, is also a lesson. If there is only one operating system in this market, even if it is free, it is very dangerous. ”

Related news
Google's first half of the past
Hot news this week
Rich AMD b550 motherboard: 55 models are fully exposed
Director Wang Jing! Tencent Video: see you on May 22
Huawei the cheapest 5 G phone! The Z 5G is about to be released :90 Hz Water Drop Screen Plus
Microsoft speed! Windows 10 2021 will come next month
Why does China's semiconductor industry not have to be pessimistic?
Japan's first listed company goes bankrupt: China Ruyi group's abacus fails?
Three generations of sharp dragon make new! Amd ryzen 7 3750x / 3850x exposure: 105W super frequency little prince?
Tao Lin, vice president of Tesla China Foreign Affairs: Shanghai Super factory is expected to refresh "Tesla speed"
Seven manufacturers, such as Xiaomi, oppo and vivo, are too slow to join the mutual transmission alliance? On the spot
Honda China and Tencent sign a memorandum of strategic cooperation to explore the upgrading of the auto network service
The most popular news this week
The wool party is crying! US $3 billion in unused gift cards per year: Starbucks makes 140 million in cash
Alipay flower buys 2 tons of Huanggang roll to give the high school student net friend: this hobby is heavy.
Samsung's black screen system crashed because leap made a calculation error in April and lost more than 1000 photos after users repaired it
Huawei holosens released the next generation camera, saying it would build the first brand of machine vision
HuaweiEMUI knuckles screenshot upgrade plan :6 glory by end of may
Pinduoduo Gmv "water injection" doubt: next lucky?
Tiktok is also needed to make chips. Official denial: false information
Wang Jian said that he and Ma Yun are like Haier brothers: two ignorant teenagers have a lot to do with each other
14nm technology has been mass produced in Huawei Kirin chip, 7Nm international R & D for a long time
American technology industry "big escape ": suburban refuge