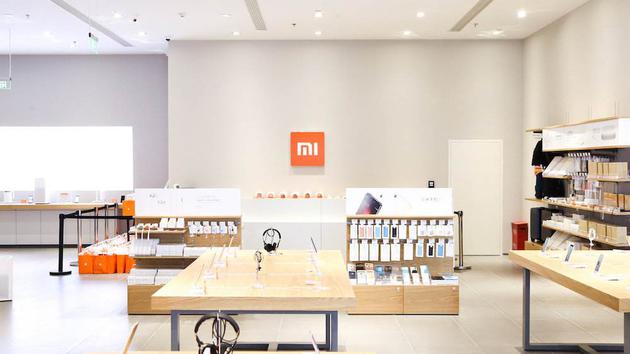 Lei Jun said thatMilletImmediately after the IPO, the second phase of Xiaomi Entrepreneurship was launched. A series of major upgrades and adjustments were made in the company's core strategy, organizational management structure, technology research and development system, product brand system, etc., which laid the foundation for Xiaomi's next 5 to 10 years of development. basis.

In the first quarter of 2019, Xiaomi IntelligentMobile phoneThe revenue was 27 billion yuan, an increase of 16.2% year-on-year, and the global sales volume reached 27.9 million. During the reporting period, the average selling price (ASP) of Xiaomi's smartphones in mainland China and overseas markets increased by 30% and 12% respectively.

In addition, in terms of IoT, as of March 31, 2019, the number of connected IoT devices (excluding smartphones and notebook computers) on the Xiaomi IoT platform reached 171 million, an increase of 13.7% from the previous month and an increase of 70.0% from the same period last year. In March 2019, the monthly active users exceeded 45.5 million, a surge of 247.2% year-on-year. As of March 31, 2019, Xiaomi AI speakers shipped more than 10 million units.

During the reporting period, Xiaomi IoT and consumer goods accounted for RMB 12 billion, a year-on-year increase of 56.5%. Among them, intelligenceTVThe business continued to lead, with the second consecutive quarter of shipments ranking first in China. As of March 31, 2019, the global cumulative shipments were 2.6 million units, up 99.8% year-on-year.

From a regional perspective, international revenues in the first quarter of 2019 were RMB 16.8 billion, a year-on-year increase of 34.7%. As of March 31, 2019, there were 480 overseas Xiaomi home authorized stores, an increase of 93.5% year-on-year, of which 79 were in India. Xiaomi said that in the future, it will continue to build and expand new retail networks in overseas markets.

Related news
Huawei Q1 smartphone shipments skyrocketed by 50% to become the world's first stable?
Xiaomi announced Q1 financial report for 2019: revenue of 43.8 billion yuan, an increase of 27.2%
Flying against the wind, SMIC substantially raised Q1 revenue guidance: domestic chip explosion
Tencent Q1's net profit of 108.1 billion yuan was 29.4 billion yuan, a year-on-year increase of 6%
Tencent Q1's revenue is 108 billion yuan, up 26% and wechat's monthly revenue is 1.2 billion yuan! QQ gets bigger and bigger
Fast Ray's 2020 Q1 report: revenue $48.3 million year-on-year growth of 16.9%
After Tencent's Q1 financial report, the market value of Tencent hit a new high
Xiaomi Q1's performance against the trend grew faster than expected, and the two engine strategy continued to achieve results
Q1 the world's mobile-phone market has suffered the worst downturn ever: why is Xiaomi the only one to rise against the trend?
Hot news this week
Gree's response to "being disqualified from winning the bid": a mistake made by the bidder in sorting out the materials
Apple wants to know: what do you do with the charging head of the old iPhone?
IPhone 12: it's more like throwing away the charger
ASUS main board leads Rog day fans Carnival highlights
Luo Yonghao comments on ideal one: Tesla Model 3 is not a car of a level at all
A 400-brand evacuation Facebook： the internet giant strangled?
The dotcom bubble? U.S. technology stocks surpassed their 2000 highs relative to the S & P 500
Tesla's warranty service suddenly shrinks: touch screen and media control unit halved to two years
Samsung and research team found a new semiconductor material: amorphous boron nitride (a-bn)
Tesla's warranty service suddenly shrinks? Official response: the truth is here
The most popular news this week
Taobao off the shelf "the last survivor: Part Two" entity game has been unable to search
NVIDIA 451.67 video card driver release: fixing 23 bugs, saving 144hz HDMI display
Epic plus three: free 3 games and torch light 2 next week
How difficult is it for Tesla Model 3 owners to protect their rights when they speed up to crash into the muck and FSD is suspected to be reduced?
Tian Suning talks to Intel's former CTO: where is 5g's "killer app"?
Trojan program with the help of game download station again spread cloud control malicious module
China's first Ku band high-throughput broadband commercial communication satellite "Asia Pacific 6D" launched successfully
European Supreme Court: YouTube does not need to submit user information for publishing pirated films
NVIDIA surpasses Intel for the first time! A victory for fabless and AI
Duty free iPhones are delicious, but you should also pay attention to these "holes"