First-line millet millet revenue of 43.8 billion yuan in the first quarter, an increase of 27.2% 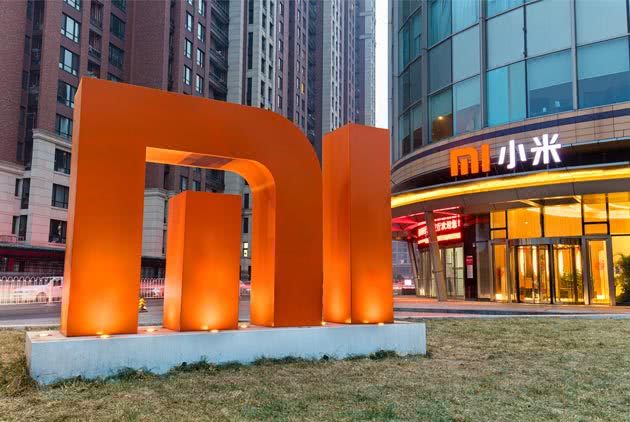 On May 20, 2019, Xiaomi Group released its first quarter earnings report for 2019. This is the first financial report disclosed by Xiaomi after launching the “Mobile +AIoT” strategy. The total revenue was RMB 43.8 billion, a year-on-year increase of 27.2%. The adjusted profit was 2.1 billion yuan, a year-on-year increase of 22.4%. Revenue profit exceeded market expectations.

During the reporting period, the number of IoT devices connected to the Xiaomi IoT platform reached 171 million units (excluding smartphones and laptops), an increase of 70% year-on-year. The artificial intelligence assistant Xiaoai students had more than 45.5 million monthly users in March 2019, a year-on-year increase. 247.2%. The overseas market continued to expand, the Indian market took the lead, and the Western European market continued to maintain a high growth rate.

Lei Jun, founder, chairman and CEO of Xiaomi Group, said that Xiaomi immediately started the second phase of Xiaomi's entrepreneurship after the IPO, and carried out a series of major upgrades in the company's core strategy, organizational management structure, technology research and development system, product brand system and other areas. Adjustments will lay the foundation for the next five to ten years of development of Xiaomi. The positive results of these adjustments and upgrades have gradually begun to show up. Xiaomi officially launched the “Mobile +AIoT” strategy in the first quarter of this year. The two brands of Xiaomi and Redmi have separated and operated independently, and launched a series of widely accepted Welcome new products, the AioT business is also rushing to maintain a significant lead in the industry. At the same time, following the China region, Xiaomi's systematic adjustment began to spread across the globe in the first quarter.

During the reporting period, Xiaomi's smartphone revenue was RMB 27 billion, a year-on-year increase of 16.2%, and global sales reached 27.9 million units. According to the research agency Canalys, the shipment of Xiaomi smartphones ranked fourth in the world in the first quarter of 2019. Thanks to the continuous optimization of the product portfolio and the emergence of new products, the average selling price (ASP) of Xiaomi's smartphones in mainland China and overseas markets increased by 30% and 12% respectively during the reporting period, and continued to stabilize the mid- to high-end market.

According to third-party data, in the first quarter of 2019, Xiaomi's smartphone market share in mainland China increased for three consecutive months, from 9.5% in January 2019 to 11.8% in March 2019. Among them, based on the success of the Xiaomi 9 series and Redmi Note 7 focused on the online market, Xiaomi Mobile successfully won the first place in the domestic online market share.

Xiao Ai has become one of the most active artificial intelligence voice interaction platforms in China, and has attracted more and more developers to join Xiaomi's AIoT platform. With a total of more than 1,400 skills, the number of active users in March 2019 exceeded 45.5 million, a surge of 247.2% year-on-year. As of March 31, 2019, Xiaomi AI speakers shipped more than 10 million units. According to Canalys data, 2018 millet AI speaker shipments ranked second in the domestic market and fourth in the international market. In February 2019, Xiaomi released a small love touch screen speaker. This speaker comes with a 4-inch touch screen, which allows users to have more control modes in addition to voice, adding more usage scenarios.

During the reporting period, Xiaomi continued to invest in R&D in the AI ​​field and established the AIoT Strategy Committee to promote AIoT development and departmental collaboration. According to the Nikkei Chinese Network data, there are currently 684 patent applications in the field of Xiaomi AI, ranking 11th in the world. As of March 31, 2019, Xiaomi had more than 1,000 pending AIoT related patent applications.

IoT and consumer goods revenue grew at a high rate of 56.5%

During the reporting period, Xiaomi IoT and consumer goods continued to maintain a relatively fast growth rate, with revenues of RMB 12 billion, a year-on-year increase of 56.5%.

Among them, the smart TV business continued to maintain its leading position, with the second consecutive quarter of shipments ranking first in China. As of March 31, 2019, the global cumulative shipments were 2.6 million units, up 99.8% year-on-year. In April 2019, Xiaomi continued to release a variety of major household appliances, namely Xiaomi Mural TV, Xiaomi Full Screen TV and Mijia Internet Vertical Air Conditioner C1. Among them, Xiaomi Mural TV is Xiaomi's first smart TV using far field voice technology. It allows the user to activate the voice control function remotely. Without the remote control, the voice can wake up the little love classmates and control the opening of the smart TV and other smart home products.

At present, Xiaomi's smart TV can display notifications of smart devices and as a control center for compatible smart home products. In addition, through continuous investment in this field, Xiaomi enhances the innovative features, functions and user experience of IoT products, realizes seamless interaction between devices and creates more smart home application scenarios.

During the reporting period, Xiaomi continued to promote the diversification of Internet service revenue. In addition to advertising and games on the smartphone device side of mainland China, Internet revenues soared, up 167.3% year-on-year. Revenues from TV Internet services, overseas Internet services, quality telecoms and Internet financial services accounted for 31.8% of the total revenue of the Internet in the first quarter.

In the first quarter of 2019, Xiaomi's performance in the international market is still very bright. In the first quarter of 2019, international revenue was RMB 16.8 billion, a year-on-year increase of 34.7%. As of March 31, 2019, there were 480 overseas Xiaomi home authorized stores, an increase of 93.5% year-on-year, of which 79 were in India. Xiaomi Group will continue to build and expand its new retail network in overseas markets.

Xiaomi's overseas shipments continued to grow strongly. According to Canalys, in the first quarter of 2019, Xiaomi smartphones ranked among the top 5 in more than 40 countries and regions, and shipments in Western Europe increased by 115.1%. According to smartphone shipments, market share ranked fourth.

At the same time, after years of hard work, Xiaomi has established a strong market position in India.

Xiaomi smartphones have maintained the number one shipment in India for seven consecutive quarters. At the same time, Xiaomi also monopolized the Indian online smartphone market, maintaining the number one shipment in the online mobile phone market in India for ten consecutive quarters. Xiaomi's offline market in India has also expanded rapidly. In March 2019, the sales of smartphones in offline channels were twice that of December 2018.

Based on the success of the smartphone business, Xiaomi launched more IoT and consumer products in the Indian market, as it became the market leader in multiple product categories such as smart TVs and wearable devices.

In addition, Xiaomi continues to explore new markets such as Africa and Latin America. It is reported that Xiaomi has signed a cooperation agreement with Jumia, an African e-commerce platform, to sell millet products in 14 countries in Africa through Jumia in 2019 to jointly promote the penetration of smartphones in Africa.

Related news
Xiaomi announced Q1 financial report for 2019: revenue of 43.8 billion yuan, an increase of 27.2%
First-line millet millet revenue of 43.8 billion yuan in the first quarter, an increase of 27.2%
Hot news this week
Rich AMD b550 motherboard: 55 models are fully exposed
Director Wang Jing! Tencent Video: see you on May 22
Huawei the cheapest 5 G phone! The Z 5G is about to be released :90 Hz Water Drop Screen Plus
Microsoft speed! Windows 10 2021 will come next month
Why does China's semiconductor industry not have to be pessimistic?
Japan's first listed company goes bankrupt: China Ruyi group's abacus fails?
Three generations of sharp dragon make new! Amd ryzen 7 3750x / 3850x exposure: 105W super frequency little prince?
Tao Lin, vice president of Tesla China Foreign Affairs: Shanghai Super factory is expected to refresh "Tesla speed"
Honda China and Tencent sign a memorandum of strategic cooperation to explore the upgrading of the auto network service
Seven manufacturers, such as Xiaomi, oppo and vivo, are too slow to join the mutual transmission alliance? On the spot
The most popular news this week
The wool party is crying! US $3 billion in unused gift cards per year: Starbucks makes 140 million in cash
Alipay flower buys 2 tons of Huanggang roll to give the high school student net friend: this hobby is heavy.
Samsung's black screen system crashed because leap made a calculation error in April and lost more than 1000 photos after users repaired it
Huawei holosens released the next generation camera, saying it would build the first brand of machine vision
HuaweiEMUI knuckles screenshot upgrade plan :6 glory by end of may
Pinduoduo Gmv "water injection" doubt: next lucky?
Tiktok is also needed to make chips. Official denial: false information
Wang Jian said that he and Ma Yun are like Haier brothers: two ignorant teenagers have a lot to do with each other
14nm technology has been mass produced in Huawei Kirin chip, 7Nm international R & D for a long time
American technology industry "big escape ": suburban refuge