Xiaomi has 16,400 full-time employees in the first quarter: an average monthly salary of 40,000

First quarter of 2019The total salary expenses of Xiaomi (including share-based compensation expenses) was RMB 2,393.4 million, compared with RMB 1,706.60 million in the fourth quarter of 2018, an increase of 3.5% from the previous quarter..

Based on this calculation, Xiaomi employees had an average monthly salary of 41,300 yuan in the first quarter of 2019.

Of course, the salary data may also include employee training, welfare expenses, and the company's contribution to the provident fund, insurance, etc., so the employee's salary is less than 40,000. 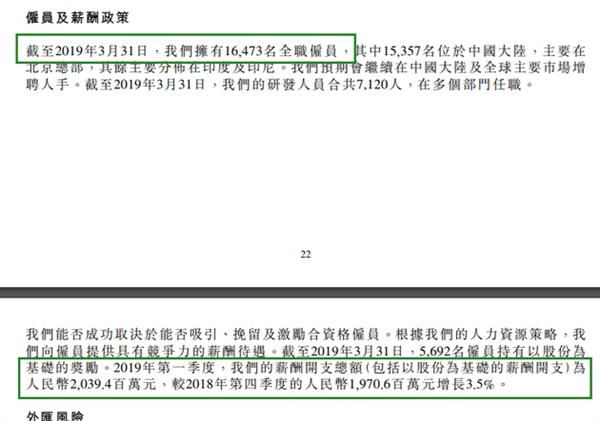