How did Japan lose the chip war more than 30 years ago?

In just over 30 years, few people have remembered the chip war that broke out between Japan and the United States.

In this battle, the Japanese lost their money. From the peak, they accounted for nearly 80% of the world's DRAM (commonly known as computer memory) share, falling to zero now. This chip war perfectly explains what is called international political economy. Adam Smith's theory of free market competition is just a beautiful fairy tale in the big country industry PK.

The first five years of the 1980s were the highlights of Japanese semiconductor chip companies.

The development model of Silicon Valley is to invest capital into startups through venture capital. After the startups receive financial support, they will continue to acquire technological innovations to gain market, enhance the company's valuation, and then go public, and venture capital will sell stocks to profit. This model is market-oriented, efficient, but small in size, and it is difficult to integrate resources between companies. After all, everyone is a competitor in the pan. 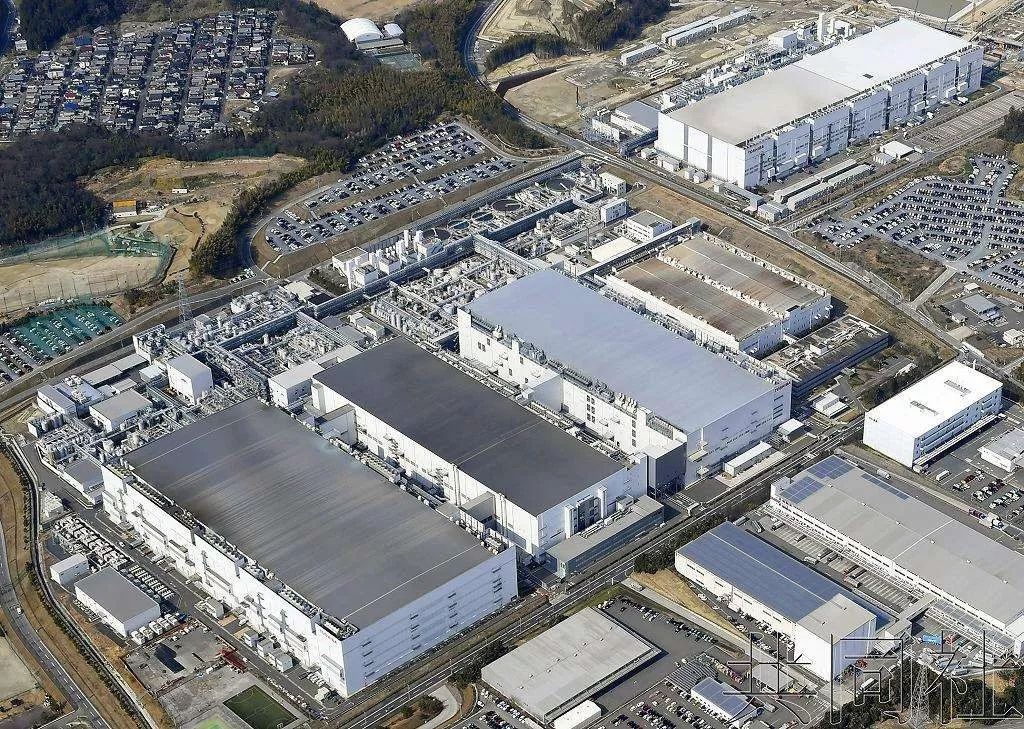 Kyushu Island is known as Japan's "Silicon Island" and has concentrated most of Japan's semiconductor chip companies.

The Japanese play is very different: concentrate on doing big things. In 1974, the Japanese government approved the plan for ultra-large-scale integrated circuits (commonly known as semiconductor chips) to establish a catch-up with US integrated circuit technology. Subsequently, the Ministry of International Trade and Industry of Japan organized Hitachi, NEC, Fujitsu, Mitsubishi and Toshiba to integrate the talent resources of Japanese production, research and research semiconductors, break down corporate barriers, enable enterprises to collaborate and improve the technical level of Japanese semiconductor chips.

Japan’s plan has also died a little bit, and companies have been wary of each other and demolition of each other. The government’s promised funds have been delayed. At the crucial moment, the founder of Japanese semiconductor research, Tsujii Yasuo, stood up. He used his prestige to knead the various participants.

The statement of Mr. Sakai is simple and clear: Only by working together can we change the backwardness of Japan's chip-based technology. When the research results come out, each company will conduct product research and development. Only in this way can we reverse the dilemma of Japanese companies fighting alone in international competition.

In the four years since the plan was implemented, Japan has obtained thousands of patents, which has narrowed the technological gap with the United States. Then, the Japanese government introduced measures such as loans and tax incentives, and companies such as Hitachi, NEC, and Fujitsu were strong and strong enough.

A modern semiconductor memory chip manufacturing plant has emerged in Japan. As the production line runs day and night, the Japanese launched a saturation attack.

The American nightmare begins. In 1980, Japan captured 30% of the semiconductor memory market. Five years later, Japan's share exceeded 50%, and the United States was left behind.

Silicon Valley's high-tech companies can't stand the market share, and they continue to send people over the Pacific to Japan to scout, which makes people feel desperate. Andy Grove, then Intel's production director, said with frustration: "The people who came back from Japan showed the situation very seriously. "If Grove visits Japan, he will be scared: a Japanese company uses a whole building for storage chip development, the first floor staff develops 16KB capacity, and the second floor staff develops 64KB. The third-tier personnel developed 256KB. The Japanese rhythm of research and development is simply the legendary three arrows, so that Silicon Valley companies accustomed to one-handedly playing the knife have no power.

Moreover, the Japanese also patted their chests to assure customers that the quality of Japanese memory chips is 25 years!

Under the aggressive attack of Japan, the American chip company was defeated, and the financial data was like a melting ice cream.

In 1981, AMD's net profit fell by 2/3, National Semiconductor lost $11 million, and earned $52 million in the previous year. In the second year, Intel was forced to lay off 2,000 employees. The Japanese continued to expand their battles. The Americans continued to mourn. In 1985, Intel surrendered and announced its withdrawal from the DRAM storage business. This war caused it to lose $173 million, the first loss since its listing. At Intel's most critical moment, if it wasn't for IBM's help, and it bought 12% of its bonds to guarantee cash flow, the chip giant is likely to close down or be acquired, and the history of the US information industry may be rewritten. 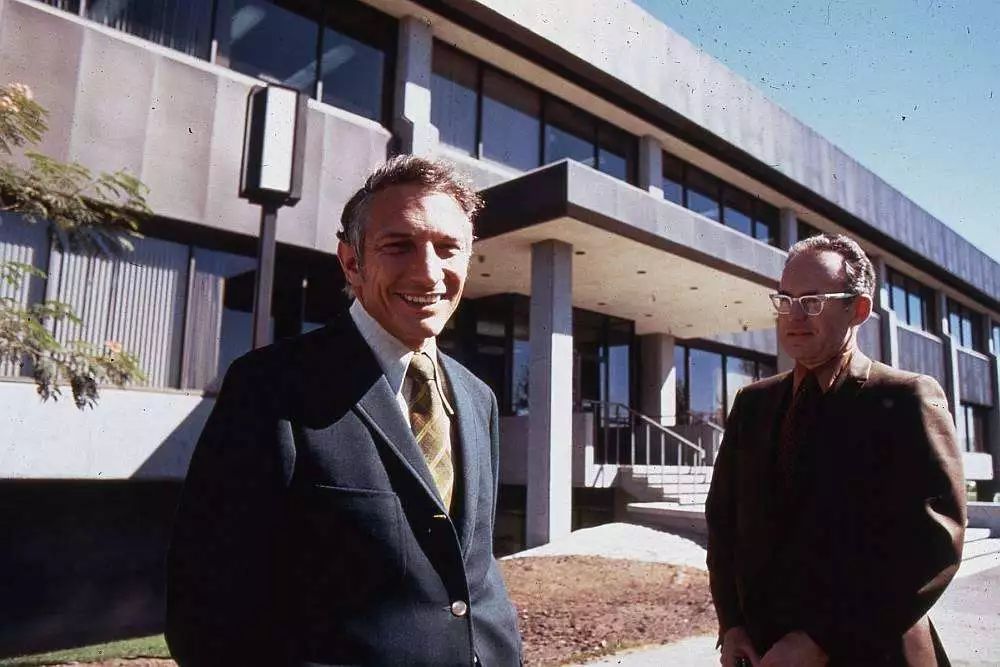 Intel founder Robert Noyes lamented the United States' entry into the "empire decline" process. He asserted that if this situation continues, Silicon Valley will become a ruin. 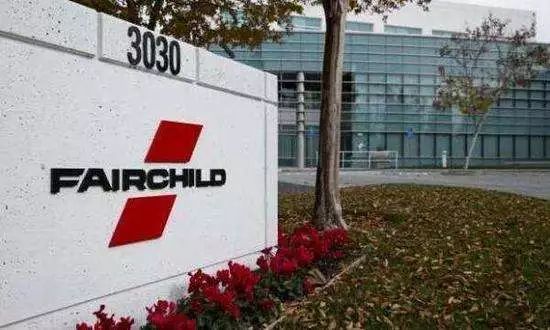 Fairchild Semiconductor is sacred in the hearts of Silicon Valley people

A few years ago, Silicon Valley technology companies established the Semiconductor Industry Association (SIA) to deal with Japanese attacks. After several years of lobbying, the results were as follows: Reduce the capital income tax rate from 49% to 28%, and promote pensions into venture capital. field. But the government is reluctant to come forward to help.

Bitter until June 1985, SIA finally concocted a view that made Washington not calm, and turned things around.

The SIA's point of view is that the weakening of the US semiconductor industry will pose significant risks to national security.

If US semiconductor technology lags behind, the US military will be forced to use foreign products, including Japanese goods, on key electronic components (somewhat meaning);

Foreign sources are unreliable, and the United States will be out of stock during the war, and will also supply the US rivals to the Soviet Union during the non-war period (the Japanese see it here, it is estimated to cry);

Therefore, the United States let Japan dominate the semiconductor chip field, it is equal to the sacrifice of national security … … (the Japanese heart is now bleeding).

Previously, SIA lobbied for seven years, and the government's response was always: the United States is a free market, and government power should not be referred to corporate business activities. 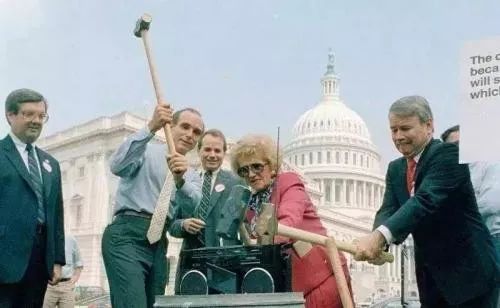 This time, SIA's "National Security" said that the US government's smashing of the top, from the original grinding to the fast-moving, the efficiency is amazing:

In the spring of 1986, Japan was identified as a dump-only memory; in September, the US-Japan Semiconductor Agreement was signed, and Japan was asked to open up the semiconductor market to ensure that foreign companies gained 20% market share within five years; soon, US$300 million chips exported to Japan Impose a 100% punitive tariff; veto Fujitsu's acquisition of Fairchild Semiconductor.

This wave of American operations has created at least two records: the first global strike against the economic interests of allies; the first time the issue of trade disputes has changed from economics to political economy on the grounds of national security.

Clyde Prestowitz, the chief US trade representative in charge of the US negotiations with Japan, accused Japan of the unreasonable policy of the semiconductor chip industry, and was amazed at it, “so I told the US government We must also adopt the same policy measures as Japan. ”

For this double standard, Yu Long, who had been doing research and development for many years at Hitachi and Elpida, said angrily in his book: "This person is really deceiving too much!" ”

With the signing of the US-Japan Semiconductor Agreement, the Japanese semiconductor chip industry, which is at the top of the wave, turned around and turned to the abyss.

It can be said that with the Americans, the Japanese have basically lost their money, and the country has worked hard for eleven years (from 1975 to 1986) and was beaten back to liberation overnight.

But the meat that the Japanese spit out did not fall into the mouth of Americans, because more than 70% of Silicon Valley technology companies cut down the DRAM business (including Intel and AMD). After 1986, the American market share curve was a horizontal lay. The death shackles have been around 20%. 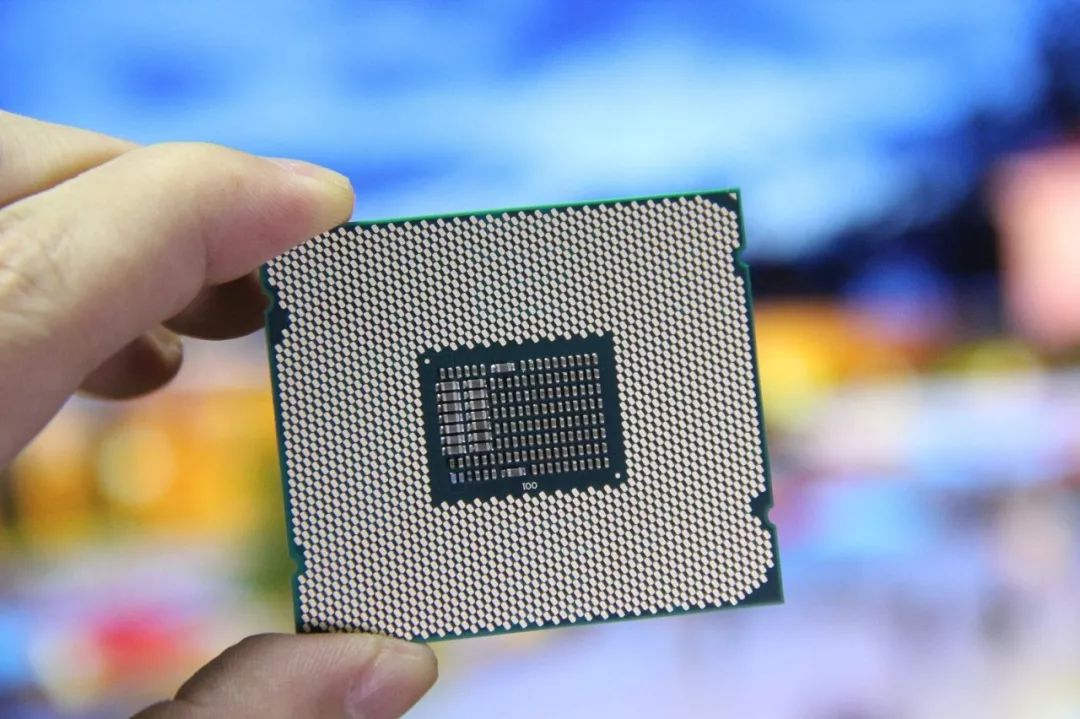 The answer is Korea.

In 1986, when the United States was fattened by the United States, South Korea's DRAM took the opportunity to start, but the volume was like a toddler, and there was no sense in the global semiconductor chip industry. Moreover, compared with Japan, the Korean semiconductor chip company represented by Samsung is completely 360-degree no-dead chicken: it can't penetrate the high-end market dominated by the Japanese, and can only eat at low prices in the low-end market; In terms of mass, the two are the difference between ants and elephants.

However, Samsung understands that all trade friction issues belong to the category of political economy and take the opportunity to turn over Japanese elephants. 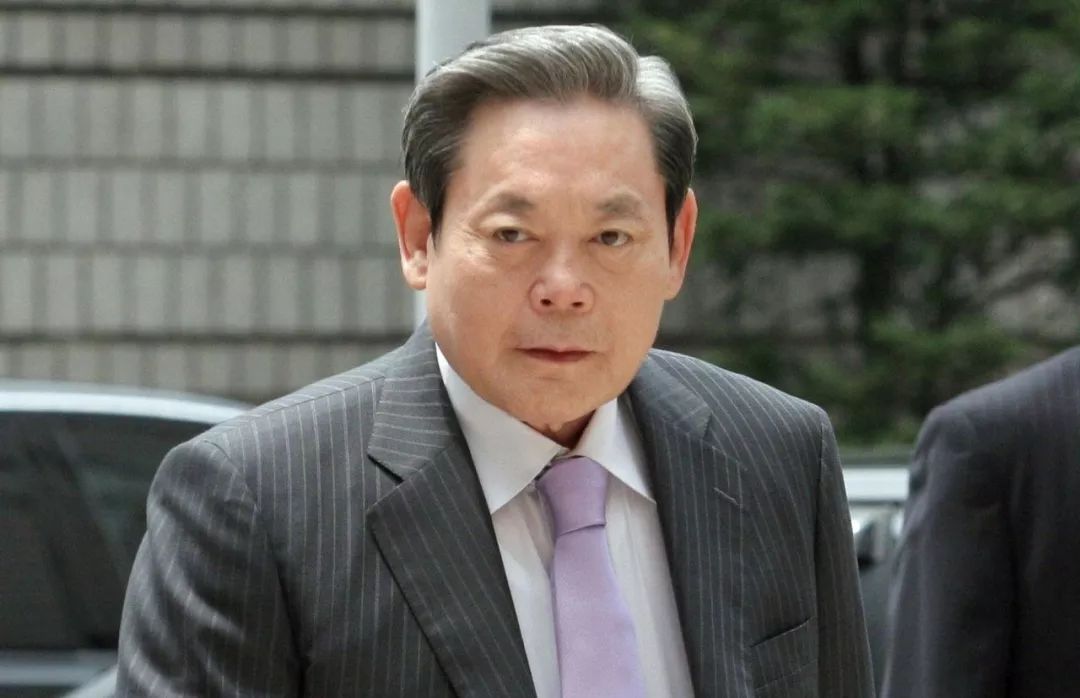 In the 1990s, Samsung faced anti-dumping lawsuits initiated by the United States, but its head Li Jianxi skillfully used the Americans to suppress the Japanese semiconductor industry and sent a strong public relations team to lobby the Clinton administration: “If Samsung cannot manufacture chips, Japanese companies occupy the market. The trend will become more apparent, and the reduction in competitors will further increase the price of US companies buying chips, which will be even more disadvantageous for US companies. ”

Samsung’s embrace of the thigh of the United States is equivalent to giving Japan a knife from the back and letting Japan go out completely.

If there is no Samsung to fill the knife, Japanese semiconductor chips still have the hope of getting out of the predicament.

After Samsung joined the battle group and took the initiative to stand in the United States, the Japanese who were difficult to replace suddenly became dispensable, and the Koreans became the new favorite. Subsequently, Samsung's DRAM "two-way data selection program" was approved by the American Semiconductor Standardization Committee to become a microprocessor-matched memory, and Japan was excluded. In this way, Samsung successfully took the microprocessor-driven PC era express train, leading Japanese companies. 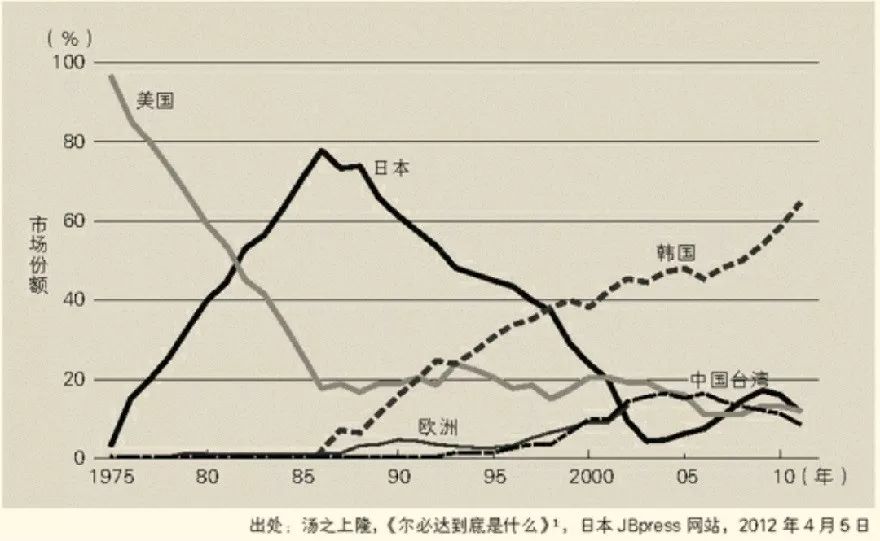 From the above DRAM share chart, it can be found that Japan's share is falling off the cliff, while South Korea is a steep rising curve. One pair of two lines form a huge pair of scissors, cutting off the future of Japanese semiconductor chips. .

Since then, even though the Japanese government has intensively introduced support policies for the semiconductor industry and invested a lot of money, it has been unable to return to the sky. The fate of Japanese semiconductor chips has been fixed. 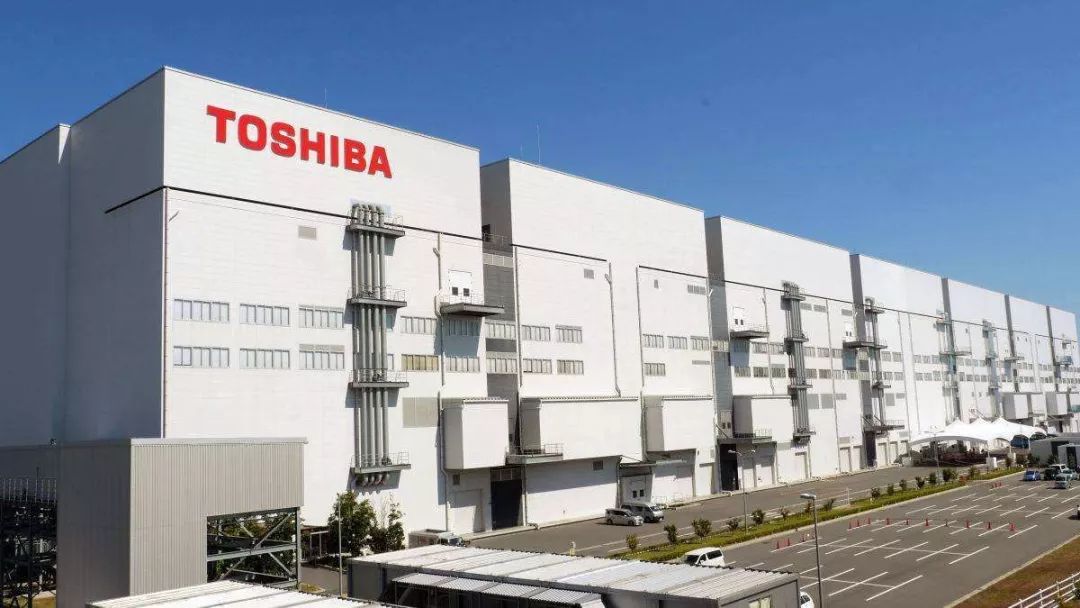 To this day, there are still views that the rise of Korean semiconductor chips and the decline of Japanese semiconductor chips are the result of industrial shifts. This is inaccurate because the industry shift is the migration of production lines/factories from high labor cost areas to low labor cost areas. Japan's semiconductor chip companies have not migrated production lines to South Korea, but have been directly replaced. The Americans actually teamed up with South Korea to reorganize the global semiconductor industry supply chain, erasing the Japanese from the supply chain, and making an industry force that seems indispensable in the world disappear.

Throughout the Japanese and American chip wars, whether or not to master the ability to reorganize the global industrial chain is the key to the success of the trade war. The market share does not constitute the main strength factor, which is one of the key reasons for Japan to lose the chip war..