Loss and not give up Sony CEO: Smartphone business is indispensable 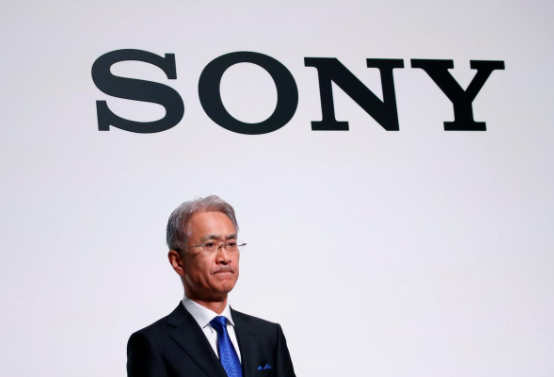 On May 22, 2018, Kenichiro Yoshida, Sony's new president and CEO, attended a press conference on their company's business plan at the company's headquarters in Tokyo, Japan.

Netease Technologies News May 22, according to foreign media reports, Sony, a Japanese consumer electronics manufacturer, believes that the smartphone business is indispensable for its brand portfolio. Kenichiro Yoshida, chief executive of the company, said that some investors had asked the company to give up its losing smartphone business, but Sony had resisted those calls.

Sony's mobile phone division, originally a joint venture with Ericsson Sweden, was transferred to Sony's wholly owned business in 2012. Sony's financial statements show that its global market share is less than 1%, with only 6.5 million mobile phones shipped annually, mainly in Japan and Europe.

Sony's goal is to make its mobile business profitable in the next fiscal year. In view of this, the company stopped production at its Beijing plant and streamlined part of its global sales business.

Sony is strengthening its smartphone gaming capabilities to appeal to consumers of its more successful PlayStation gaming business.

In addition, Kenichiro Yoshida said he was confident of improving the profitability of Sony's film business.

People familiar with the matter had previously said that Third Point wanted Sony to explore the choices of some of its business units, including the film business. The Fund believes that Sony's film business has attracted acquisition interest from other parties.

Related news
Loss and not give up Sony CEO: Smartphone business is indispensable
SONY Sony WF-1000XM3 true wireless noise canceling headphones disassembly report
Hot news this week
Challenge the fierce rival Intel amd Su Zifeng: This is just the beginning!
Musk is going to blow up the rocket tomorrow
Huawei mate XS Ministry of industry and information technology access: equipped with Kirin 990 5g, better hinge / screen
Can't OEM 16nm chips for Huawei? TSMC: hard to estimate but ready for changes in export control at any time
Samsung Galaxy a71 5g exposure: equipped with exynos 980, square four shot
Magic mobile phone protection shell, match 20 Pro for sale, match 30 Pro for second change
NetEase cloud music and station B could be the only two accidents
Unsealed Taobao account in 980: no malicious refund
TSMC denies being pressured by the us to set up factories in the US: there is no final decision at this stage
Samsung Galaxy a71 5g exposure: cheap "note10" with exynos 980 and square four shot
The most popular news this week
NetEase cloud music and station B could be the only two accidents
Microsoft CEO: technology companies should protect data privacy just like human rights
CAAC: no refund fee for air tickets from 0:00 on January 24
President of Xiaomi International: Xiaomi still wants to enter the US market dominated by apple and Samsung
Over 80 million yuan of contract has been awarded to golde infrared for the application of self-developed chips in the prevention and control of pneumonia
Huawei Developers Conference Announces Extension: Change to Live Online as a New Pneumonia Epidemic
Microsoft chromium edge stable edition ushers in the "new tab" after function improvement
Huawei P40 Pro toughened film spy exposure: the effect of increasing screen curvature is worth looking forward to
DxOMark announces iPhone 11 score: 109 points, just equal to Huawei P20 pro of the year before
Google and Mozilla are sending cake to Microsoft's new edge team