How much impact does ARM have on Huawei?

Sure enough, just at 7 o'clock last night, the BBC got the ARM internal notification file directly:Because it includes technology from the United States, ARM (UK) has asked employees to “stop all contracts, support and pending agreements with Huawei and its subsidiaries.”

Huawei also issued a short statement at a later date:

We value close relationships with our partners, but we also recognize the pressure on some of them due to politically motivated decisions. We believe that this regrettable situation can be resolved, and our top priority remains to continue to provide world-class technology and products to our global customers.

At this point, ARM's complete suspension of cooperation with Huawei is a foregone conclusion. But what should we think about this?

First, what kind of existence is ARM?

For a few people, ARM's name is no stranger. After all, this is a technology that boosts the entire intelligence with its own technology.Mobile phoneTimes company.

ARM's fist product is the "ARM processor", which is characterized by the use of RISC (reduced instruction set, relative to the CISC complex instruction set used by the PC), making the entire processor more efficient by streamlining the underlying operation of the computer. . This also makes it an optimal choice in the era of intelligent terminals with limited power supply and mobile use.

Of course, it is very important that ARM's own operating mechanism -ARM does not sell physical products, but only sells technology licenses. From the most basic instruction set to the specific Core design, and even the subsequent processor optimization magic modification, there are special technical authorization projects.

This model is a great invention in itself, and to some extent comparable to TSMC's foundry business.There are two main reasons for this -

First, the entry threshold of the mobile processor is greatly reduced.

Designing a chip is not an easy and fun thing, and it doesn't say how to recruit enough talents to conduct cutting-edge technology research and development. There is also a tens of millions of streaming, testing, and finally software and hardware compatibility and optimization. and many more.

However, due to the existence of ARM, the burden of mobile phone processor manufacturers is alleviated at once, because they no longer need to carry out the underlying development of the most risky processor, but can buy the authorization directly from ARM, and then take this Authorized to go to their own fabs or other foundries, using ARM's chip design data "fast (compared to self-developed chips)" to produce their own CPU, SoC and other chips.

Moreover, this model is also very stressful. ARM also needs to bear the expectation of the entire ecosystem for the performance of the processor. If you want to earn more revenue, you can only further expand the ARM ecosystem. This is undoubtedly a company worthy of admiration (say that the media that ARM is collecting and collecting money can go back to sleep and sleep).

Second, it is ARM's authorization mechanism, which guarantees the overall ecological order and maintains a good compatibility between software and hardware.

Different from the X86 architecture of the PC era, ARM's RISC architecture has been undergoing a large scale of evolution. In the face of huge performance requirements, ARM's instruction set has evolved more than ten times. If you want to fully exploit the hardware performance of a processor, the software system must support these instruction sets.

As for why ARM now "turns its face and does not recognize" Huawei, how many existing ARM processors contain technology from the United States? As of the time of publication, Tiger Sniff has not been able to get the argument from relevant people. But I believe it is still under direct pressure from the US government.

Second, what is ARM China?

Just last May, Tiger Sniffs had made a special report on the establishment of the ARM China joint venture ("China Core's first "breakout war"). 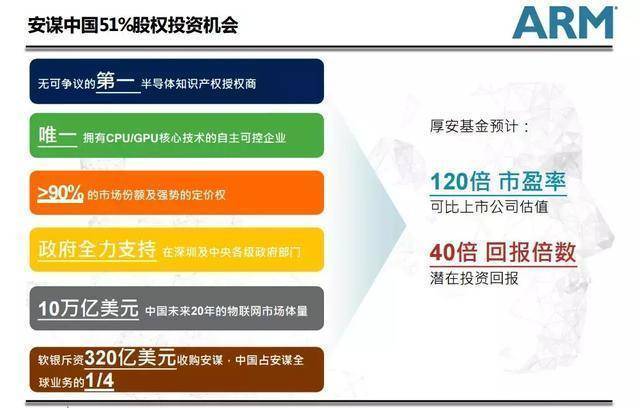 The biggest highlight of the joint venture is that Chinese investors account for 51% of the shares, ARM accounts for 49% of the shares, and directly took over all of ARM's business in China. 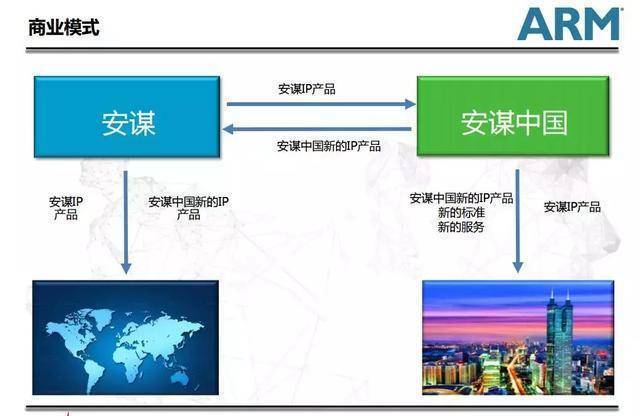 Considering that the ARM UK parent company has issued a notice to suspend cooperation, the ARM China subsidiary has no way to cross the permission of the UK parent company and issue corresponding technical authorization to Huawei.

Slightly deeper, the establishment of ARM China is in fact inseparable from the rise of Haisi. Huawei’s smartphones continue to grow rapidly. Secondly, Huawei itself is the leader in the entire communications field. Now it has developed ARM like the 鲲鹏920.serverCPU. The establishment of a Chinese subsidiary will undoubtedly make the cooperation between the two parties more convenient.

3. How much impact will Huawei suffer? 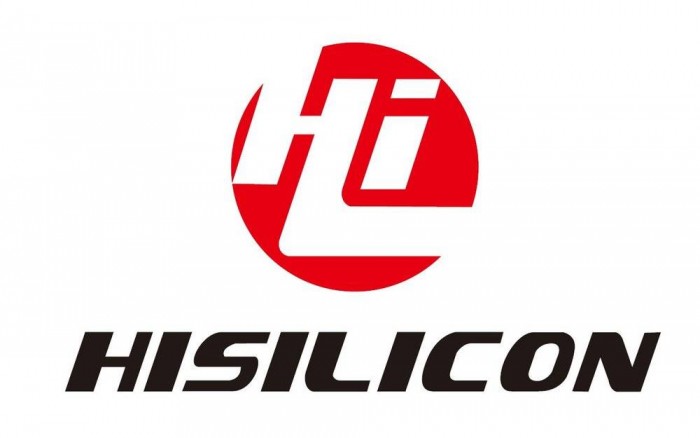 Objectively speaking, it should be bigger than most people think.

According to ARM's own financial report, sales in China in the 2018 fiscal year accounted for about 20% of ARM's global sales, and most of this figure was contributed by Huawei HiSilicon.

As we mentioned above, ARM's authorization for processors is varied, but from the lowest infrastructure to the final processor, it can be divided into several files:

2. Second is the Core "core" license.Because the instruction set is still too basic, ARM will also provide the actual processor design drawings to the customer. For example, the latest Cortex-A76, Cortex-A55. These design drawings are already available at the level that the fab is ready for production.

3. Finally, the authorization to improve and adjust the ARM processor.For example, Huawei, Qualcomm, and Samsung all have certain technical accumulations for ARM processors. They will choose to develop new processors on ARM, and even participate in the architecture phase to optimize their own processors. This is why Qualcomm is now. Samsung has no reason for ARM's own code name for the core of its SoC chip.

According to the existing information, Huawei is likely to have obtained a permanent license for the ARMv8 instruction set.In other words, Huawei can at least develop its own ARM processor and continue to enjoy the compatibility of the entire ecosystem for this instruction set.

But what's worse is that the ongoing iterative update of ARM Core licenses, as well as processor improvement optimization, deep collaboration, etc., will certainly be affected by the suspension of cooperation.

From the actual product level, if the relevant ban in the United States continues, if Huawei still wants to keep the chip competitive enough on its own products, thenHuawei actually has to complete the workload of the original "ARM+Competitor". You know, the former is a veteran semiconductor company that has been in the RISC processor field for 30 years and has more than 6,000 employees.

Huawei's high probability is difficult to bear such a big challenge.

However, the Kirin 985 processor, which has been exposed in the past few months and is rumored to be released next month, is likely to be less affected.After all, according to the usual research and development time of the semiconductor industry, Kirin 985 should have entered the stage of large-scale filming. As for the Kirin 990 after the 985, there is currently not enough information to judge the degree of influence.

But what is certain is that the projects after the Kirin 990 will encounter no small trouble. Not to mention new areas such as server processors and base station chips that Huawei's own chips are involved in.

To some extent, I personally feel that ARM's suspension of cooperation is not the most serious.

Take the mobile phone SoC chip, Huawei's Kirin 980 has actually reached the world's leading level (performance, communication capabilities, energy consumption), and we are now in the 4G network to continue to spread widely, 5G promotion is still ongoing Schedule. The performance of the smartphone itself has entered a relatively flat development period. If you really want to take the Kirin 980, it will not be a year or two.

In contrast, the production of chips is much more deadly. The excellence of Kirin 980 is also attributed to TSMC's 7nm process technology to a certain extent. At present, the stable production level of domestic fabs remains at around 14nm. To make a simple algorithm, the process difference is 2 times, the area is 4 times larger (the process is side length, the area needs to be squared), and the power consumption and heat should rise simultaneously.After changing to "Ken" 980, it is absolutely impossible to plug into your current mobile phone.

Undoubtedly, today, China will certainly start a wave of "independent innovation" because of ARM's suspension of cooperation, but it is precisely at this time that we need to go back and read the two paragraphs that Ren Zhengfei said in the interview the day before yesterday. words:

Why not wash a "cold bath"? I think that our most important thing is to be calm and calm. The blood is boiling, the slogan is flying all over the sky, and it is useless when the last fight is over. It is really true that you can win if you can win.

Independent innovation as a kind of spirit is worth encouraging. Innovation based on human civilization is correct. However, we must see that technological innovation needs to stand on the shoulders of predecessors. For example, our Heis is not independent innovation from the source, but also pays a large amount of intellectual property fees to others, and some have signed cross-licensing agreements. Some agreements are permanently authorized, you have me, I have you, and form our own innovation on the basis of others.

Because semiconductors are really an industry that has to be "globalized." 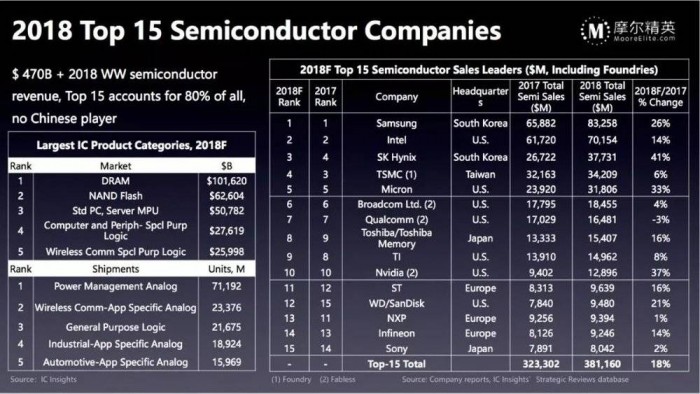 In such a high-speed iteration and fiercely competitive frontier technology industry, blind pursuit of independent innovation may be the worst result.

Related news
The new HUAWEI MateBook E is coming with the support of Luan 850 platform.
Was Huawei's spare tire threatened? Chip Source Arm Direct Cutting Technology Output
How much impact does ARM have on Huawei?
Chaos coming? If NVIDIA acquires arm
After Qualcomm, Samsung is also interested in acquiring ARM
Hot news this week
Young people can't change their mobile phones one brother pressure in the channel inventory up to 50 million
Chinese mysterious female rich 560 million buy European luxury homes: the full amount of cash is paid at a time
Criminal gang candid courier list takes the money 8 people to be arrested
Do you make feed after Yi Lord? Zhenghong Technology M & A has mystery
Internal personnel have caused players to contradict? Netease "Yin Yang Shi": Impossible!
The first pop -up shop in the United States opened, Bubble Mart opened the North American expansion plan
The goose factory is finally making a move on the metasverse?
With this charging treasure that can legal "stealing electricity", I don’t worry about the mobile phone out of power
Tesla has lost nearly $600 million after the richest Chinese lost 89% of his net worth in the bitcoin crash
Son's bet that ARM's listing will boost SoftBank's stock price?
The most popular news this week
The U.S. Supreme Court abolished abortion rights and caused uproar and big waves of technology leaders to oppose them
Ali Sports changed its name to Orange Lion Sports, and stadium operation became its key business
Alisports responded to the change of name of "Orange Lion Sports" : "The situation is true and the change process is in progress
Physical plug -in! Huawei Nova 10 is expected to be equipped with 5G mobile phone case
Huawei's new phone outlook: Snapdragon Chip image enhancement is huge
Qinling Yang's figurine found fingerprint marks netizens directly called strong: experts revealed the secrets
Intel custom special EDITION DDR5 12 Generation Core memory overcaged by 61.7MHz
U disk artifact upgrade Crack Microsoft Win11 22H2 forced requirements
SMIC: firmly supports the domestic chip industry chain
Small screen flagship and Android 13: In the future, it can still be promoted to Android 16