Bloomberg said that companies targeted by the United States include Ignorance, Shangtang, Ito, Maybaco, Science and Technology Daxunfei, as well as Haikangwei and Zhejiang Dahua, which were reported yesterday.

According to people familiar with the matter, the United States is considering whether to blacklist Ignorance Technology, Zhejiang Dahua, Haikangwei, Shangtang Science and Technology, Ito Technology and prohibit them from using American components or software. The common feature of the five enterprises is that they belong to the field of video surveillance.

This move will exacerbate tensions between China and the United States and raise questions about whether the United States is targeting more of China's leading companies. Last week, the Trump Administration banned Huawei from using American technology, which led to a collective slump in chip manufacturing stocks in the United States, from Qualcomm to Intel, which could curb global economic growth and hinder the promotion of key next-generation wireless networks.

After the New York Times took the lead in reporting a possible ban, shares of Haikongwei and Huahua plunged.

In addition to the five companies under consideration, other companies may also make a list of so-called entities that prohibit the sale of U.S. technology without special permission, people familiar with the matter said. Chinese companies such as Haikang Weiwei and Zhejiang Dahua are the world's largest suppliers of monitoring hardware, as well as smaller competitors Eto Technology. Other companies, such as Shangtang Technology and Face parent company Open Vision Technology, focus on image processing software and rely less on American components or components.

According to IHS Markit, about 176 million video surveillance cameras monitored streets, buildings and public places in China in 2016, compared with 50 million in the United States.

According to one of the people familiar with the matter, the other two companies under consideration are Maybec and HKUST Xunfei.

In the business of electronic data forensics and big data informationization, Meiya Baike's revenue in 2018 was 1.6 billion yuan, and its net profit was 303 million yuan. 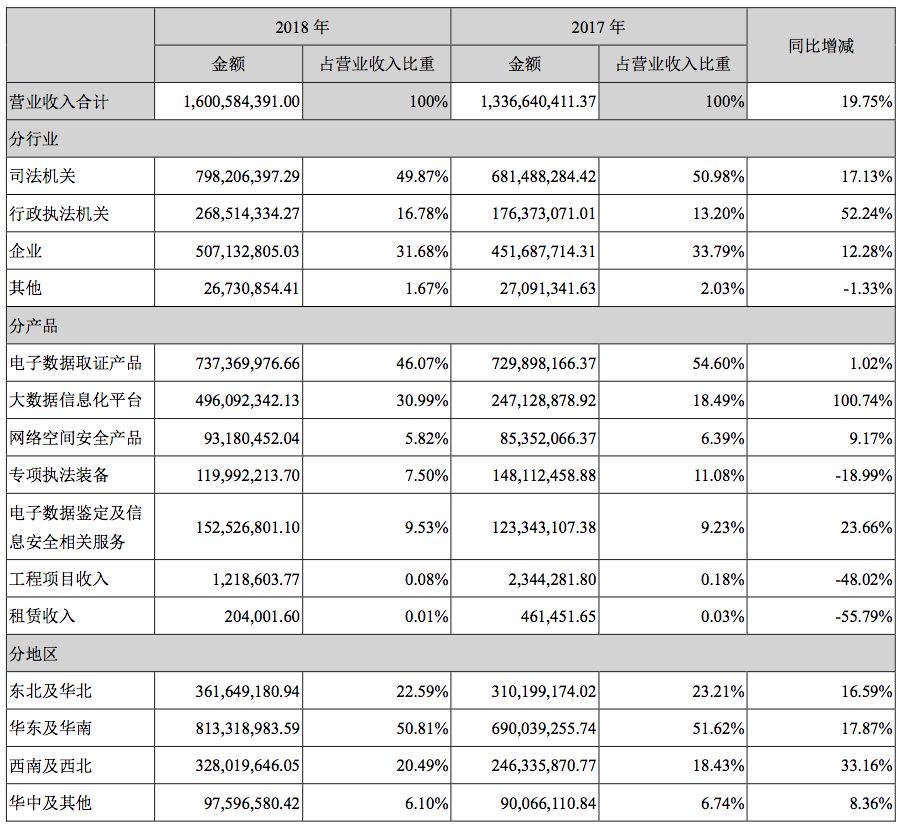 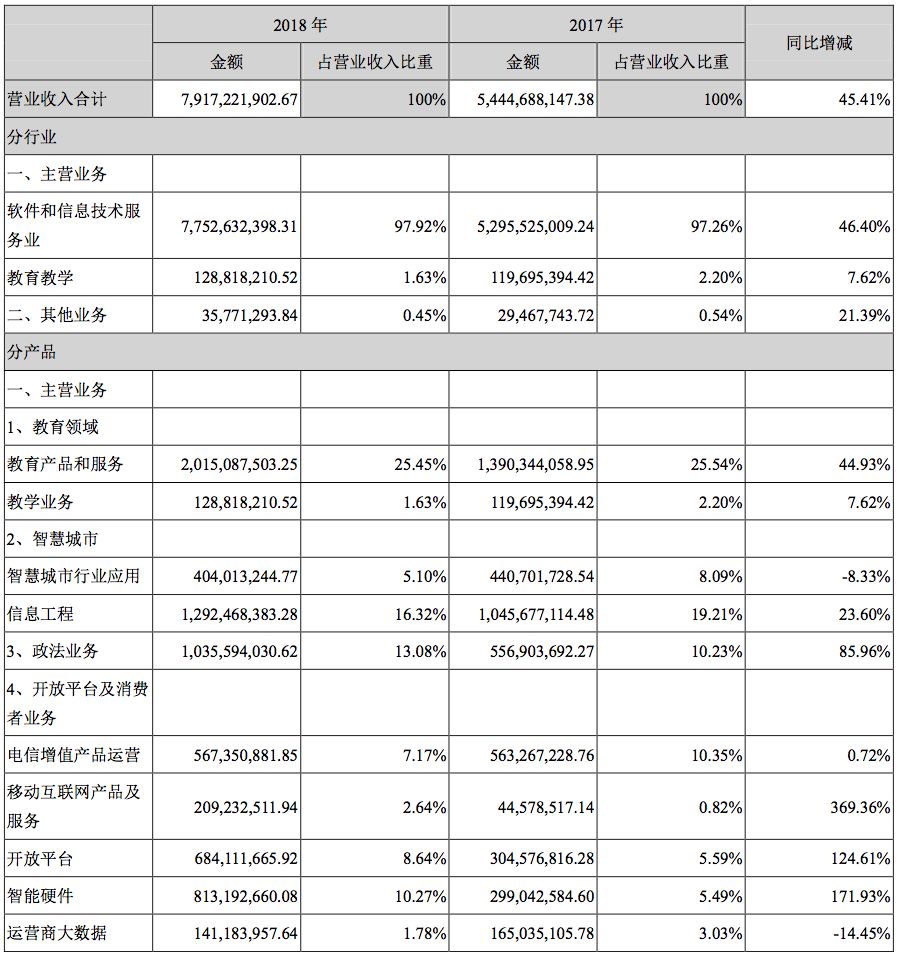 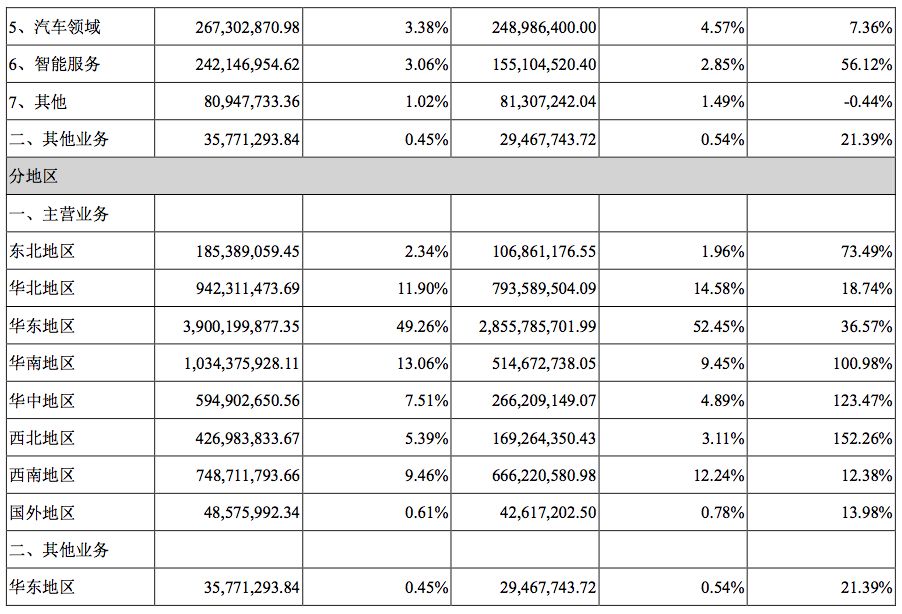 In recent years, it has achieved world-leading results in international competitions such as speech synthesis, speech recognition and machine reading comprehension. All of these core technologies come from its own research and development and possess independent intellectual property rights.

At present, the proportion of overseas business income is not high. With some consumer products using overseas components, the company has already taken measures to deal with extreme situations and alternatives. We believe that even if extreme circumstances occur, it will not have a significant impact on the daily operation of the University of Communications Flight.

Related news
The United States wants to "break the confession" to Chinese AI enterprises, including Shang Tang, neglect, Yitu, as well as Technological University Xunfei, Meiya Baike.
The influence of Chinese college AI papers: Tsinghua ranks first
Huawei's most powerful AI chips are commercially available: twice as powerful as Yingda V100! Open source AI framework
Is the sanction against China AI company biased by the United States?
Hot news this week
Challenge the fierce rival Intel amd Su Zifeng: This is just the beginning!
Musk is going to blow up the rocket tomorrow
Huawei mate XS Ministry of industry and information technology access: equipped with Kirin 990 5g, better hinge / screen
Can't OEM 16nm chips for Huawei? TSMC: hard to estimate but ready for changes in export control at any time
Samsung Galaxy a71 5g exposure: equipped with exynos 980, square four shot
Magic mobile phone protection shell, match 20 Pro for sale, match 30 Pro for second change
NetEase cloud music and station B could be the only two accidents
Unsealed Taobao account in 980: no malicious refund
TSMC denies being pressured by the us to set up factories in the US: there is no final decision at this stage
Samsung Galaxy a71 5g exposure: cheap "note10" with exynos 980 and square four shot
The most popular news this week
NetEase cloud music and station B could be the only two accidents
Microsoft CEO: technology companies should protect data privacy just like human rights
CAAC: no refund fee for air tickets from 0:00 on January 24
President of Xiaomi International: Xiaomi still wants to enter the US market dominated by apple and Samsung
Over 80 million yuan of contract has been awarded to golde infrared for the application of self-developed chips in the prevention and control of pneumonia
Huawei Developers Conference Announces Extension: Change to Live Online as a New Pneumonia Epidemic
Microsoft chromium edge stable edition ushers in the "new tab" after function improvement
Huawei P40 Pro toughened film spy exposure: the effect of increasing screen curvature is worth looking forward to
DxOMark announces iPhone 11 score: 109 points, just equal to Huawei P20 pro of the year before
Google and Mozilla are sending cake to Microsoft's new edge team