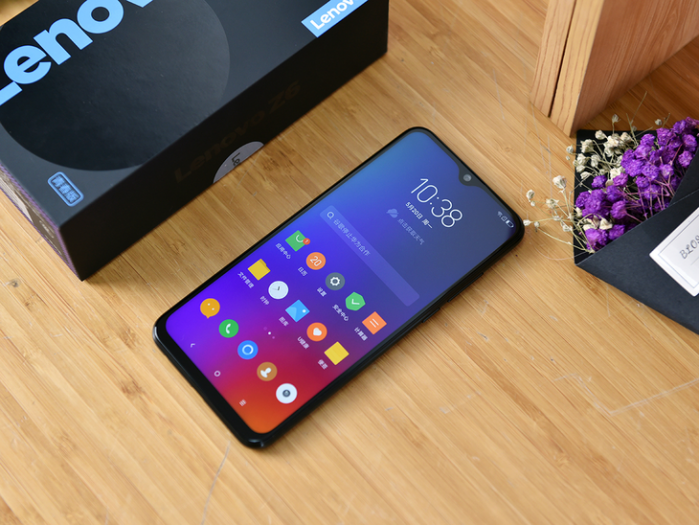 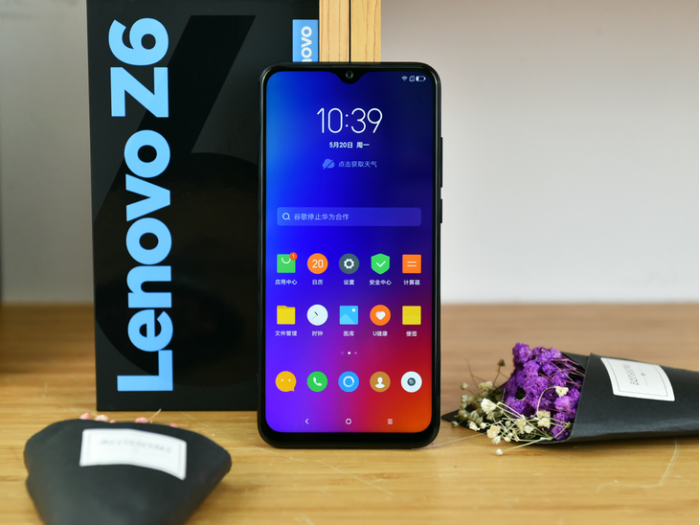 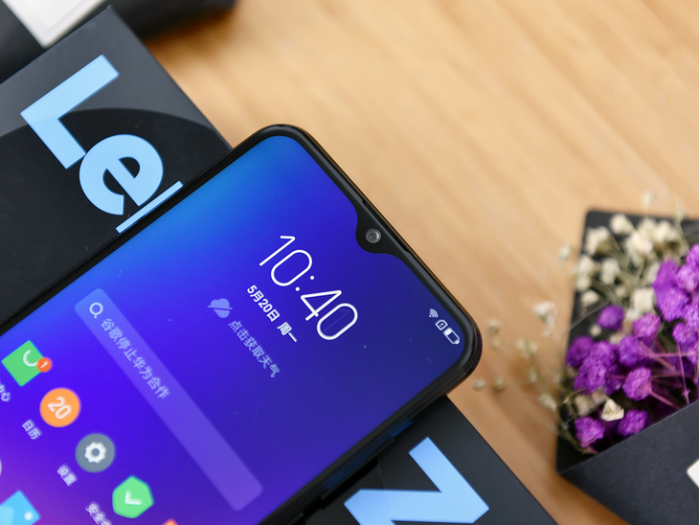 Lenovo Z6 Youth Edition adopts the current popular water drop full screen design, and supports HDR 10 display effect, combined with the positioning of mobile phones, it can be said that it opens a new era of 1000 yuan high-definition screen. HDR 10 screen has many advantages. Simply speaking, it will bring more real and natural color display effect to consumers. Until now, HDR has been a flagship function, while Lenovo Z6 Youth Edition brought the flagship experience to the 1000 yuan machine. 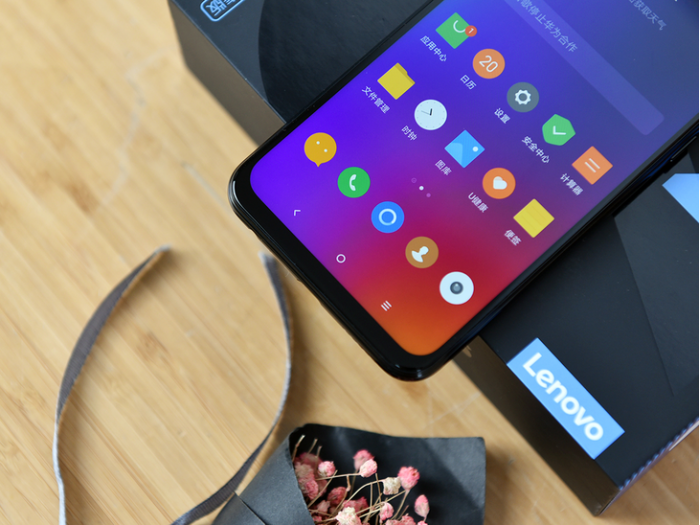 In addition, Lenovo Z6 Youth Screen is optimized for daytime and night usage scenarios. In the daytime, the screen is added with sunscreen technology, and the content of the screen can be seen clearly in strong light. Especially in summer, the role of sunscreen is very large. At night, Lenovo Z6 Youth Screen has the characteristics of low blue light and no stroboscopic. It can relieve eye fatigue and protect eyes when used at night. 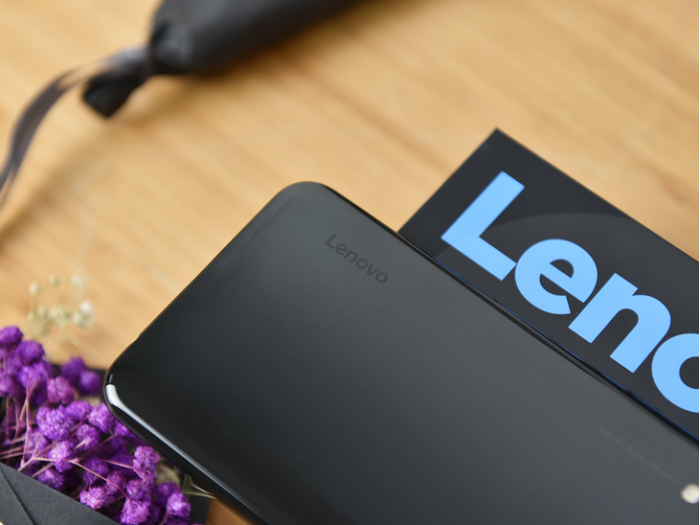 Lenovo Z6 Youth Edition has made considerable efforts in the design of the fuselage, using 8-layer nano-NCOC optical gradual plating process, so that the fuselage has a ceramic-like texture. Under the light, Lenovo Z6 youth version of the fuselage back shows a strip of twill, it looks to make the mobile phone more textural. 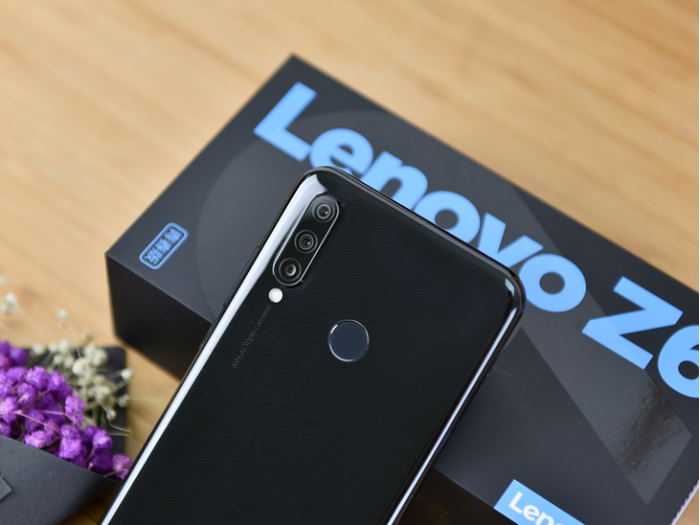 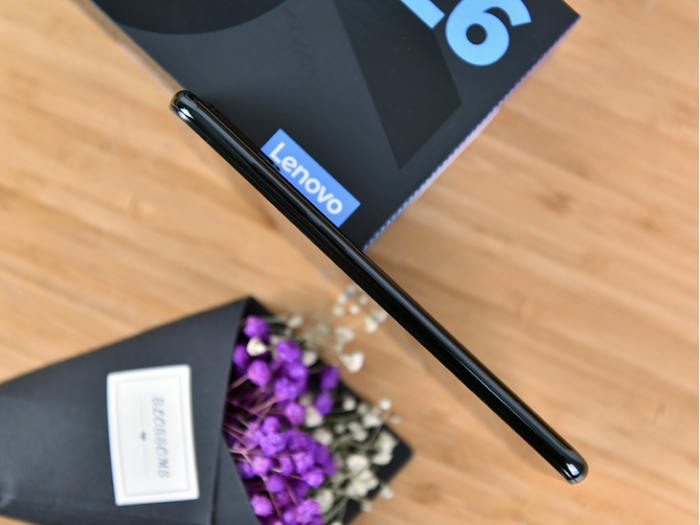 I believe you are very familiar with GPS, because we can not live without the existence of maps. Now Map APP is becoming more and more powerful, and we use it more frequently. Compared with GPS, Beidou navigation in our country is also very powerful, just because it is a rising star, it still needs some time to open the market. Now, in fact, besides the Apple mobile phone, there are many mobile phones supporting Beidou navigation. Compared with GPS, Beidou navigation is more accurate, and will become more and more popular in the future.

We use GPS TEST software to compare the positioning accuracy with a flagship mobile phone in different locations. 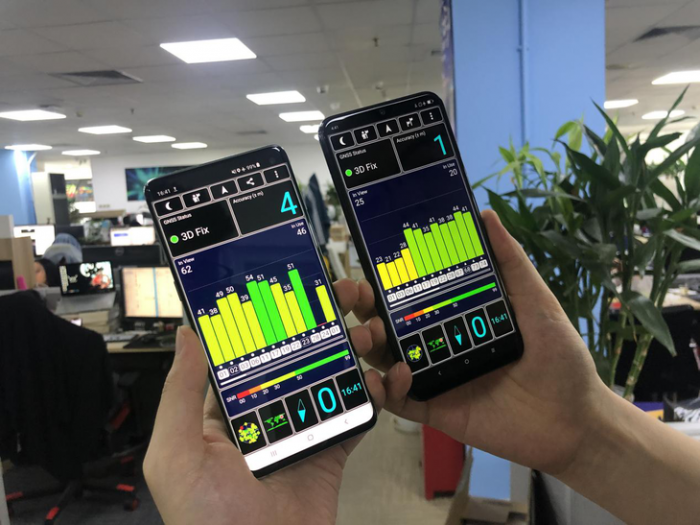 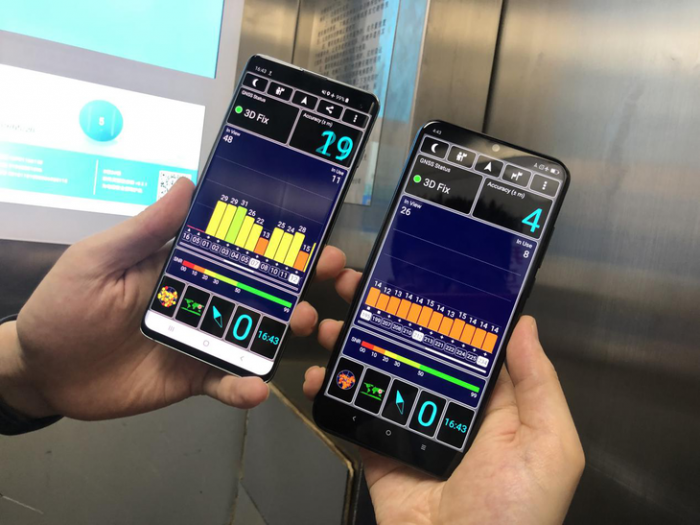 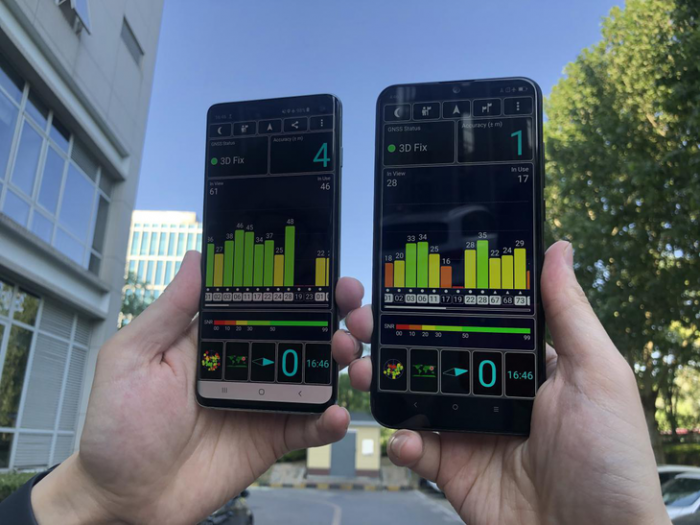 Through our understanding, we know that the Beidou system is especially strengthened for China and its surrounding areas, and the geometric conditions of satellites in China are better. As far as the actual user terminal experience is concerned, Beidou navigation is superior to other positioning systems.

In terms of hardware performance, Lenovo Z6 Youth Edition carries Qualcomm Luan 710 mobile platform. In this part, we will make a brief analysis of the Miaolong 710. Gaotong Luanlong 710 platform is located in the middle and high end, which is the same generation as the previous flagship Luanlong 845. It has some characteristics of the flagship platform Luanlong 845. However, based on the high-end product positioning, although the performance of Luan 710 has a certain gap compared with Luan 845, it has better power control. In many of last year's popular products, we have seen the shape of the Dragon 710, such as OPPO R17 Pro, the flagship mobile phone, which costs more than 4,000 yuan. With this year's iteration of product updates and further decentralization of high-end products, the Qiaolong 710 has also been more widely used. We are also able to see the shape of the Dragon 710 in Lenovo Z6 Youth Edition, a high cost-effective product. 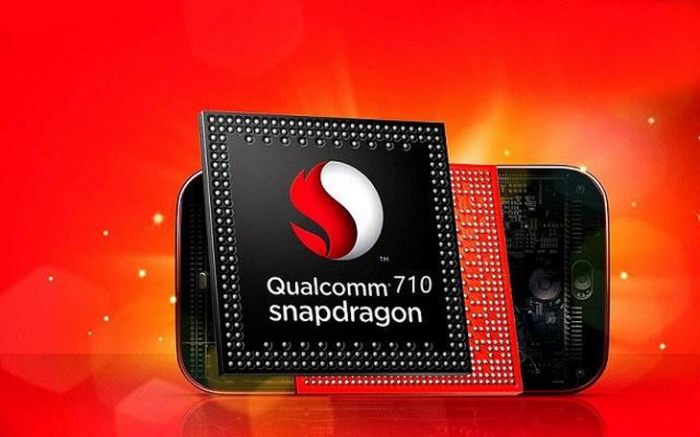 Snapdragon 710 adopts the same 10nm FinFET LPP process as Snapdragon 845. The advanced process brings better power consumption control, and the power saving effect is obvious. Snapdragon 710AIE adopts 26 size core architecture, which is 2 2.2GHz A75 core and 6 1.7GHz A55 core. Because the location is similar, Cellyron 710 will always be taken out and compared with Snapdragon 660. Although Cellon 710 and Snapdragon 660 are eight-core architecture, Cellong 660adopts two clusters of Big.little architecture with four large cores and four small cores. Cellon 710 is a two-core with six small core schemes, which is dynamically scheduled by DynamIQ. The eight cores can be freely combined to cope with multitasking environments, and such designs can better cope with a variety of usage situations. 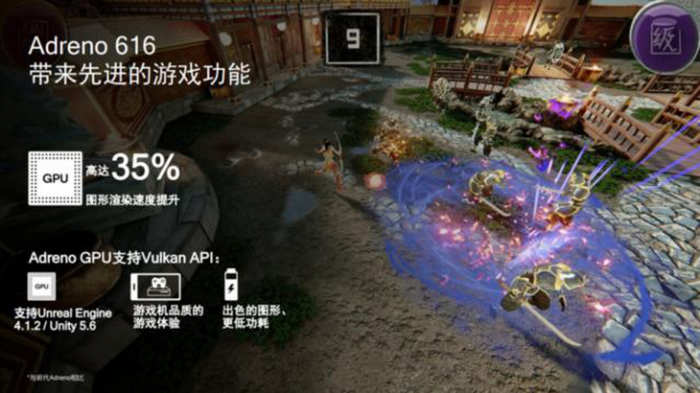 In addition, Lulong 710 also uses a new Adreno 616 graphics processor, which is the second 6-series Adreno GPU after Lulong 845. The graphics rendering speed is improved and the picture is smooth. Thanks to the powerful performance of high-pass platform, Lenovo Z6 Youth Edition temperature control system has also been optimized, making it possible to have higher picture quality and lower heat dissipation. It guarantees stable and high performance output for a long time.

We measured the performance of Lenovo Z6 Youth Edition by Antu Rabbit and Master Lu. 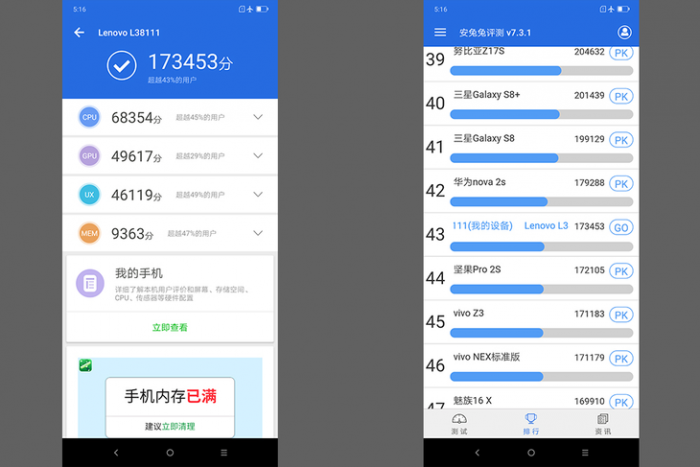 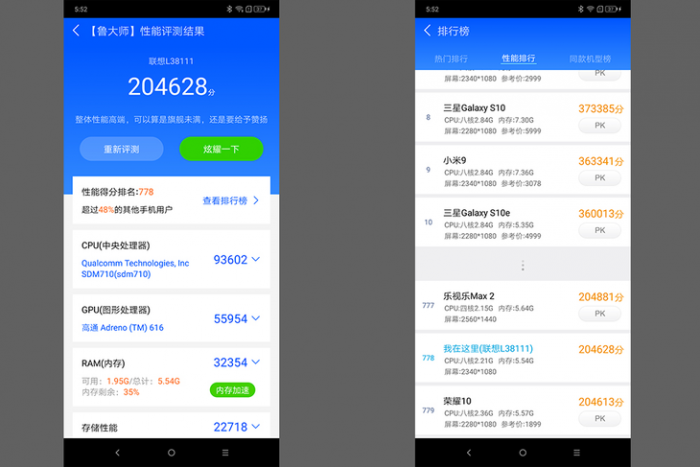 Lenovo Z6 Youth Edition scored 173453 for Antu Rabbit and 204628 for Lu Master. Such performance is at the mid-end level in the current smartphone products, which can ensure the smooth use of mobile phones. In a previous game test on the Dragon 710, the Dragon 710 runs "Peace Elite" and can maintain a full frame operation of 40 frames.

Camera, Lenovo Z 6 youth version equipped with post-AI three photos. 16 million pixel main lens 8 million pixel long focal lens 5 million pixel depth of field lens respectively. At present, dual photography has become the standard for smartphones, and even three photos are becoming popular in some midrange products. Here, let's talk about the significance of multi-camera for mobile phone camera. First of all, it can increase the amount of light, improve the purity of the picture, enhance the quality of dark light. Secondly, the combination of long focus, wide angle and even micro distance can adapt to more shooting scenes and make the pictures more expressive.

The popularity of AI technology and the dramatic improvement of terminal AI computing power also further optimize the mobile phone photo experience. With the help of AI technology, mobile camera can accurately identify the scene being photographed, and then intelligently match the appropriate parameters, so that ordinary users can also take high-quality pictures. Next, we will look at the camera performance of Lenovo Z6 Youth Edition through the actual photographs. 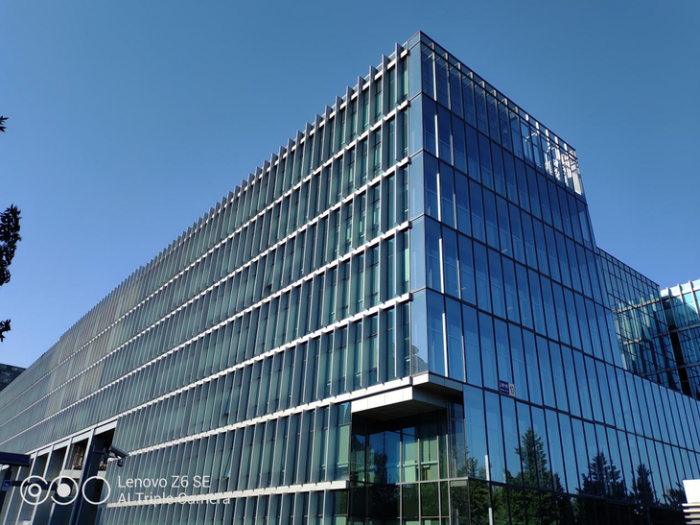 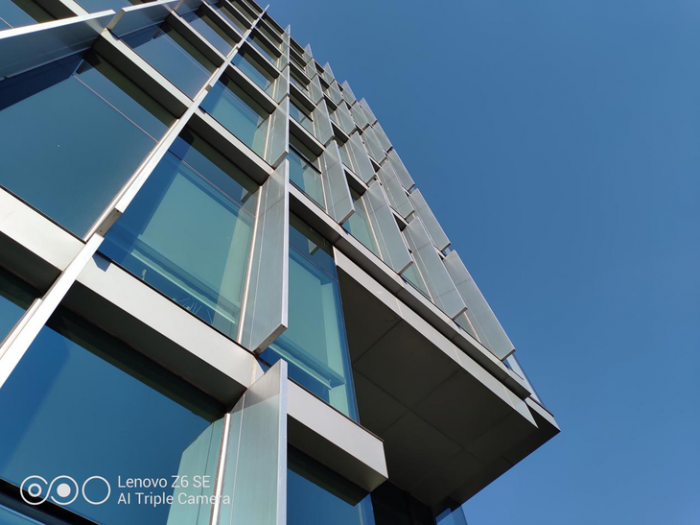 In the same environment, the picture is pure and the tone of the whole picture is very pleasing. 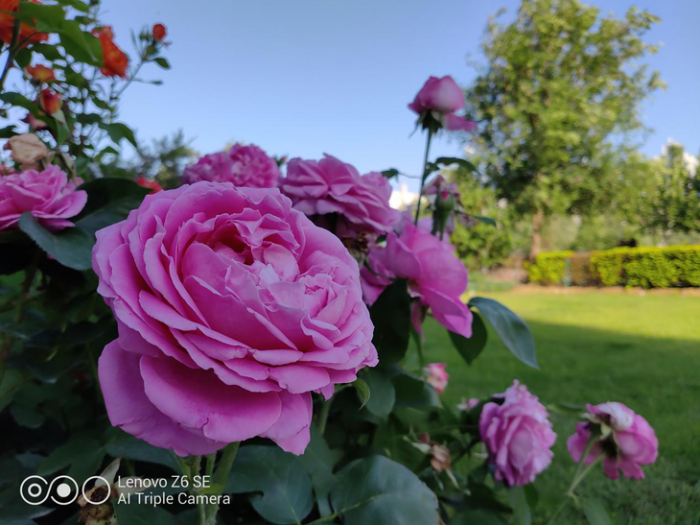 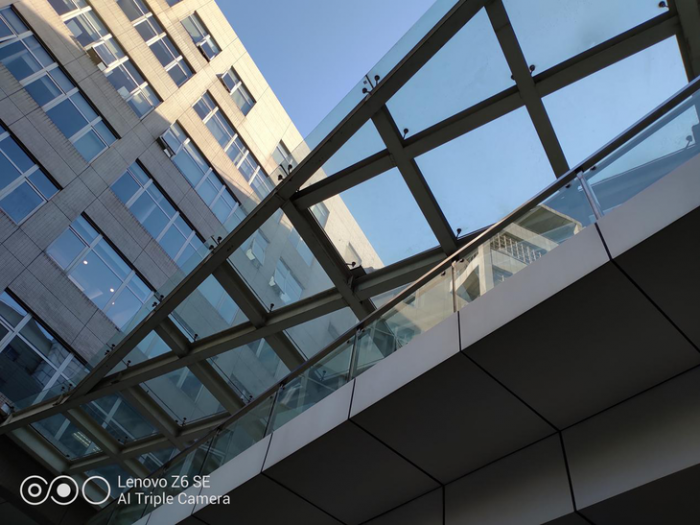 The contrast between light and shade is the test of the HDR of the camera. In such a picture, you can see that the bright and dark details of the picture are well preserved. And the light and shade transit naturally. 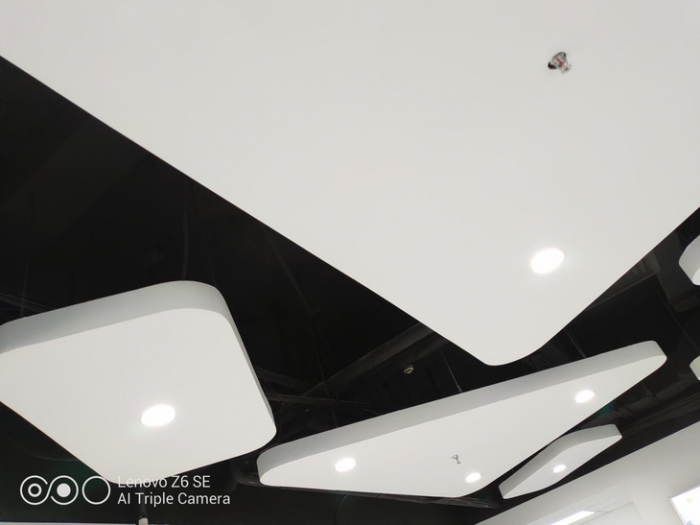 The indoor environment sample, and there are light sources in the picture. The test is the exposure control of the camera, especially the suppression of strong light. Otherwise, waste film will easily appear. There is no large area of light dispersion in this picture, and the outline of the luminous part is clear. At the same time, it contains the brightest and darkest objects, and the brightest part of the picture is close to pure white, and the darkest part is close to pure black.

In fact, my expectations were not good before I started to evaluate Lenovo Z6 Youth Camera. Before that, I have been exposed to some Lenovo mid-end mobile phone products, the camera often appears inaccurate focus, virtual focus and so on. In this actual test, Lenovo Z6 Youth Camera is fast and waiting. Focusing is also very accurate, high yield. Great progress has been made. It's more than enough to deal with the vast majority of scenes in everyday life. The actual picture performance and perception are also satisfactory.

Points to be added:

In addition to the above points, Lenovo Z6 Youth Edition is equipped with 4050mAh high-capacity batteries, combined with the excellent power control of the Paragon 710, I believe it has a good performance. In subsequent individual evaluations, we will do further tests.

In the UI part of the system, Lenovo Z6 Youth Edition runs a new ZUI 11 system. Considering the current situation and previous experience, there is no obvious gap between UIs in terms of functionality, practicability or fluency. This point will not be repeated.

After the actual experience evaluation, Lenovo Z6 Youth Edition's performance exceeded our previous expectations. It has the world's first signal system to support Beidou No. 3, accurate positioning, more suitable for domestic users. And it has enough performance to deal with the current mainstream hand swimming, beyond the image quality of competitors of the same grade, accurate navigation and positioning. Moreover, the appearance design also reflects a good texture.

In addition, Lenovo Z6 youth version on May 22 release day to open an appointment, May 28 online and offline all-channel sale, 4GB 64GB version for only 1099 yuan. In the context of consumption upgrading, domestic brands are greatly competing for market profits, Lenovo Z6 youth version reflects a very high performance-price ratio. For practical users who adhere to the principle of enough, easy to use and affordable, we recommend buying.