So the question is: What are the reasons for the ban or suspension of the use of this technology in more and more cities in the United States? Despite this, current face recognition technology is not 100% accurate. In 2018, an article published in the New York Times English website pointed out that today's very popular AI application face recognition has a huge difference in accuracy for different races. Among them, the error rate for black women is as high as 21% -35%, while the error rate for white men is less than 1% - which is very politically incorrect in the United States.

Another Oolong event worth mentioning is: Giants Amazon launched the image recognition AI system “Rekognition” in 2016. It has identified 28 US congressmen as criminals, which has made American society feel awkward and full of face recognition technology. question.

Dr. Zhang Xiaobo from the Institute of Automation, Chinese Academy of Sciences has said that lighting, posture, decoration, etc. all have an impact on robot face recognition. For face image acquisition in non-cooperative situations, the occlusion problem is very serious.

Especially in the monitoring environment, the monitored object may wear glasses, hats, etc.AccessoriesThe captured face image may be incomplete, affecting subsequent feature extraction and recognition, and even causing the face detection algorithm to be invalid. Who is your face?

In terms of security, face recognition technology is also widely questioned in the United States.

For example, the information storage for face recognition is still based on a computer-aware language, ie a number or a specific code. As the value of these data increases, the risk of hacking will increase.

In other words, the support behind human face recognition technology is data. If these private data are stolen, your face may not only belong to you, but may belong to anyone.

However, the bigger controversy is that American social groups are resentful and worried about “monitored” itself.

Earlier, Amazon and many other technology companies also worked with the US police to apply facial recognition technology to video surveillance and police-wearing camera lenses. Many US state governments, including Oregon, have become Rekognition users.

Amazon's face recognition software, Rekognition, recognizes, analyzes, and tracks in real time. It compares the information it collects with thousands of images in the database in a matter of seconds. Law enforcement agencies have applied this technology to the search for missing people and identifying suspects in terrorist attacks.

However, the American Civil Liberties Union (ACLU) has “written” the government: Amazon should stop providing the US government with a powerful and “dangerous” face recognition system Rekognition.

Shortly after the league’s “booking”, nearly 20 Amazon’s shareholder institutions sent letters to Jeff Bezos, raising concerns about the problems and implications of Amazon’s Rekognition being applied to law enforcement. 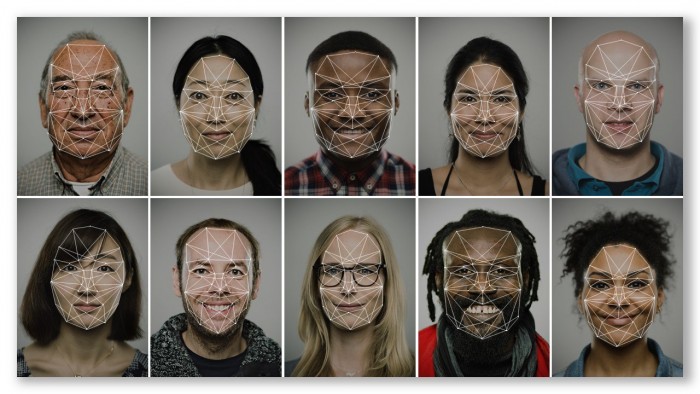 These shareholders wrote in the letter:

Amazon shareholders are concerned that such government surveillance facility technology may not only pose a privacy threat to national customers and other stakeholders, but may also increase the substantial risks faced by our company, negatively impact our company's share price, and increase financial for shareholders. risk.

Shareholders are also concerned that Rekognition may violate the civil rights of women, people of color, immigrants and other marginalized groups, who are particularly vulnerable to the police's focus.

Not only do Amazon shareholders believe that Rekognition will invade privacy, but the American public has a similar view. Applying face recognition technology to front-end video surveillance cameras may break the balance between privacy and usability.

Not only is Amazon's Rekognition controversial, but US customs and border protection programs are also controversial because of the application of face recognition technology.

The program matches passengers through its cloud facial biometric system. This information matching service is designed to replace manual ticketing and to change the process of displaying paper documents on the road to automatic identification.

This facial recognition system is designed to be fast. Moreover, U.S. Customs and Border Protection (CBP) believes that facial recognition is more accurate than humans when comparing passport photos and faces. In 40 days, the system has helped find three imposters at Washington Dulles Airport.

But this technology can be used without your knowledge, and the immutable data collected by the facial recognition system, that is, facial information. This has caused people's concerns. If someone's information has been saved, then the system can keep track of the person's whereabouts.

In the face of controversy, CBP stressed that the existence of this project is not for surveillance, and its implementation is in line with the law. US citizens can opt out of the program and their photos will not be retained for long periods of time. Not only that, but CBP also issued a statement proving that there are many laws that allow it to collect biometric information.

But privacy law experts point out that although the laws listed by CBP apply to non-citizens, they do not explicitly mention the situation involving citizens. Moreover, a report published by the Georgetown University Center for Privacy and Technology in 2017 stated that it has been evident in the past 14 years that US citizens have been absent from the relevant laws of the program.

CBP is still questioning, not to mention other US government agencies.

The acceptance and integration of technology by a social group is not necessarily smooth sailing; especially for countries like the United States that focus on political correctness and privacy first, the application of face recognition technology is facing an increasingly serious embarrassing situation. .

It is conceivable that face recognition technology may face more and more opposition in the United States, but whether this is a good thing or not is not known.

Related news
40 organizations sent a letter to independent organizations in the United States calling for the suspension of face recognition applications
Gu Geyun's purchase price of cornerstone technology is unknown
Google cloud has acquired cornerstone technology and the price has not been disclosed
Hot news this week
Rich AMD b550 motherboard: 55 models are fully exposed
Director Wang Jing! Tencent Video: see you on May 22
Huawei the cheapest 5 G phone! The Z 5G is about to be released :90 Hz Water Drop Screen Plus
Microsoft speed! Windows 10 2021 will come next month
Why does China's semiconductor industry not have to be pessimistic?
Japan's first listed company goes bankrupt: China Ruyi group's abacus fails?
Novel coronavirus pneumonia will be approved by the European Union after the United States and Japan. Reed will be used to treat new crown pneumonia.
Three generations of sharp dragon make new! Amd ryzen 7 3750x / 3850x exposure: 105W super frequency little prince?
Tao Lin, vice president of Tesla China Foreign Affairs: Shanghai Super factory is expected to refresh "Tesla speed"
Honda China and Tencent sign a memorandum of strategic cooperation to explore the upgrading of the auto network service
The most popular news this week
Samsung's black screen system crashed because leap made a calculation error in April and lost more than 1000 photos after users repaired it
Huawei holosens released the next generation camera, saying it would build the first brand of machine vision
HuaweiEMUI knuckles screenshot upgrade plan :6 glory by end of may
Pinduoduo Gmv "water injection" doubt: next lucky?
Tiktok is also needed to make chips. Official denial: false information
Wang Jian said that he and Ma Yun are like Haier brothers: two ignorant teenagers have a lot to do with each other
14nm technology has been mass produced in Huawei Kirin chip, 7Nm international R & D for a long time
American technology industry "big escape ": suburban refuge
With a market value of more than $150 billion, Tesla will challenge Toyota?
One thousand yuan hot money reservation! Huawei Changxiang Z first hand: 90hz screen / 1699 best choice