He He talked about Huawei incident: Huawei has mastered the ARM architecture modification 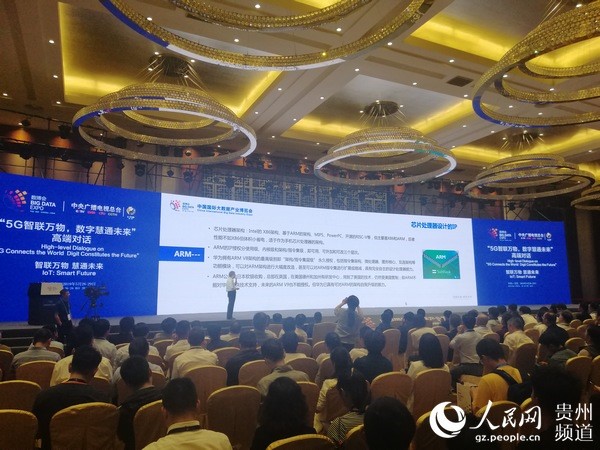 "On the CPU side, Huawei bought ARM's V8 permanent use rights, and things that can digest it can also be modified." He said that Huawei is actually very skilled in mastering the design of ARM and the modification of the architecture, so it is not necessarily true. If ARM wants to continue to provide V9, Huawei can also upgrade it.

Speaking of the impact of the Android operating system, He said that Huawei itself also does the operating system, and hopes that Hongmeng can be compatible with Android, so that the App can still be used, but it has not yet entered the market for large-scale use, so it remains to be tested. "If you can't support these apps, users in the future will be affected. Nearly half of Huawei's market is overseas."

Finally, he said that the entity list incident highlights the importance of 5G. It is necessary to adhere to independent innovation and persist in reform and opening up. The government has an unshirkable responsibility in creating a better network construction environment and realizes the development of 5G industrialization digital economic construction network. The task of a powerful country is arduous and its mission is glorious.

The following is a record of the speech by 邬贺铨: (from People's Daily Online)

Dear leaders, distinguished guests, everyone! My report title is the ecology of the 5G industry and its challenges. You can look at the entire 5G industry chain, including chips, terminals, base stations, networks, applications, as well as tool software, chip foundry lines, instrumentation operating systems and applications.

The chip takes Huawei as an example. There are SOC chips, and there are 8 core CPUs, including Scorpio chips. The terminal chips are more than 6 Hz. The integrated circuits are more and more complicated, so the chips have many EDAs. Tools that turn our functional requirements into circuits.

Then there are simulations, and some even have to be made into layouts. This has a good understanding of the system and a good understanding of the process of the foundry line. There are only three EDA companies in the world. The first two are American companies, the latter one is a Canadian company, but it was acquired by Siemens, but the headquarters is still in the United States. There are also software tools companies that simulate circuits, mainly in the United States and Canada. In recent years, there have also been some new ones, and they are also Canadian companies.

Huawei basically should say that it is still authorized by these foreign companies to obtain the authorization of these chip design software tools. Now that the United States has listed Huawei as an entity list, these EDA chip companies basically no longer provide technical support to Huawei, nor can they upgrade. Of course, it is still available for authorization. However, Huawei actually has a very rich experience. It should be said that you will not give me support, and I can continue to improve these EDA tools.

We say that the chip processor design is the CPU, now there is Intel's X86 architecture, ARM-based architecture, MIPS, etc., mainly X86 and ARM, X86PC is exclusive, ARM is especially suitable for use inMobile phoneOn, so ARM basically occupied the mobile phone market.

ARM itself is to be authorized, you can use it, but nothing can be added, and it will not work. There is also a kernel set, the kernel can't move, but you can add the features you want outside. There is also an architecture command system. Huawei buys the permanent use rights of ARM V8. You can also digest it and you can modify it. It should be said that Huawei has the ability to design its own processor, and it can obtain the architecture command level authorization in China. Not many.

Huawei has actually mastered the design of ARM and the modification of the architecture. Therefore, it is not necessary for ARM to continue to provide V9. Huawei can also upgrade it. The 5G terminal chip is a relatively complicated heating circuit, so now the 5G terminal chip must be 7 nanometers. If 5 nanometers come, it must use 5 nanometers. Otherwise, it is impossible to continue the standby time. Therefore, it should be said that the chip of the mobile terminal is the most demanding chip in the integrated circuit, because its small area, complicated circuit, and heat requirements, and 7X24 hours should be available, and the cost requirements are extremely low, so the challenge is great.

China's ZTE's current 14-nanometer technology is available. It turns out that South Korea also wants to buy a better 7-nanometer line. Originally, the Dutch company could provide it, but there is a problem. At the end of last year, the company's factory was on fire, and the supply was postponed.

There are many types of 5G terminals, including mobile phones, etc. The bandwidth of 5G is very wide, so the future resolution, the screen is still so small, so Huawei will make the screen and the tablet.TVSo big, you can put it in the bag, so it is folded.

In fact, the mobile terminal has AR and VR helmets. Even if it is folded out, it is the size of the tablet, so the definition cannot display HD. Now I have begun to consider the 5G screen on the glasses. Everyone said that glasses are not smaller? But it is very close to the eyes, so the market is bigger, you can also see the 8K HDTV, but unfortunately you can't walk without wearing it. Don't be afraid now, there is a unit that has been developed, you want to walk and walk, You want to watch the video and watch the video, it can penetrate. So the future terminal glasses are also coming out.

Let's take a look at the mobile operating system. At present, the smartphone operating system is mainly Apple's IOS and Google's Android. At present, Apple's IOS is only for Apple's own terminal. App developers have to pay an annual fee of $99 to be available. To sell, 30% of the tax on an app is paid to Apple. Of course, Google Android accounts for 82.4% of the market, but Android's free is not all, just the basic part.

Some of Android's most important application platforms, browsers, etc., require authorization. At this time, no authorization is not acceptable. Google has announced that it will stop part of the authorization for Huawei, and Huawei can now use the open part. Generally speaking, those who are authorized by Google in many times in China have no way to access Google for some reason, so that part has little effect, just that Android does not support it.

But for overseas users, some of the services in these GMS are still very important, if not, it will have a big impact. Of course, Huawei also does its own operating system. Huawei hopes that Hongmeng can be compatible with Android. The above App can still be used, but this has not yet entered the market, and it has not been used on a large scale, so it remains to be tested. If these apps are not supported, users in the future will be affected. Nearly half of Huawei's market is outside the country.

Frequency is also an important factor, the frequency band below 6 kHz, Telecom Unicom has 100 megabytes, mobile has 200 megabytes, 200 mega peaks can achieve up to 5 G, and we say that 5G peak rate can reach 20 G, which is In the millimeter wave band, it has radar, satellite and other applications. To be freed up, it is difficult to coordinate.

5G three major application scenarios, what is the hottest 5G, no one can think of it. When 3G came out, there was no WeChat, 4G did not pay, 4G did not upgrade when there was no headline, no quick hand. 5G is also the same, what business is hotest in the future can not think of it, 5G adopts an open architecture, just like a mobile phone, why is the mobile phone so powerful, because we need to download an app, the future 5G business also hopes to use the App way stand by. Of course, operators can develop third-party development.

5G also hopes to change the traditional mobile communication closed protocol into an Internet protocol, so that better use of the Internet's capabilities will certainly bring some security challenges. The original operator's network is closed, the agreement is closed, and now it is open, it will indeed increase some security issues.

In short, the industrial chain of mobile communication is relatively long, and the industrial ecology of 5G is more extensive. From consumer-oriented application to industrial application, the 5G industry chain extends to the vertical industry. The development of 5G industry requires the cooperation of many upstream and downstream enterprises.

The entity list incident highlights the importance of 5G. It is necessary to adhere to independent innovation, but also to persist in reform and opening up. The government has an unshirkable responsibility in creating a better network construction environment, and it is an arduous task to realize the development of 5G industrialization. The mission is glorious. thank you all!