One can buy a suite, check out the world's most expensive 5 electronic chips

The following list of chips, called Wang Zhongwang in the chip best. Of course, due to the limitations of the author's level and vision, the list is for reference only, but the price is basically reliable! 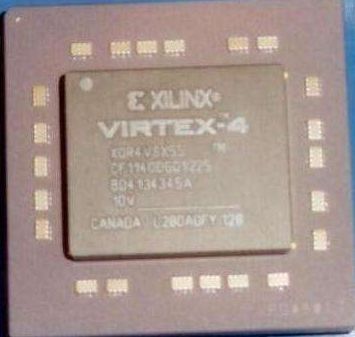 Explanation: The original price is about 25,000 US dollars. The current market price has basically turned around 3-10 times. Some people are willing to pay more than 1.3 million, which shows the high value of the chip. 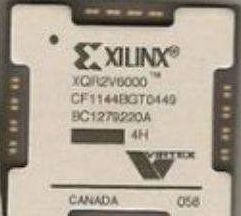 Note: The original price is 20,000-30,000 US dollars, and the Chinese channel market price is about 1 million yuan. It is said that China has only one orphan. 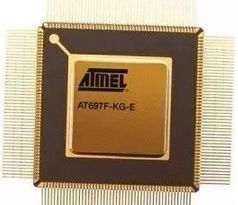 Why is it so expensive?

For chips in outer space and space applications, in addition to high-speed computing capabilities, they must also have special properties such as radiation resistance. Because the space environment is extremely complex, a large amount of space particle radiation can cause degradation or even functional failure of the on-board circuit, causing a fatal blow to the satellite. Therefore, the difficulty of radiation resistance has all been transferred to the chip design, and the anti-radiation chip design is a worldwide problem. In addition, in addition to the high performance of the chip high-speed computing, storage, logic capabilities, collaborative processing, etc., severalspecial requirement:

1, flatness,At present, the flatness of the chip is far from the requirements of aerospace, so it requires special high-precision equipment and production packaging level.

2, reinforcement,Aerospace-class chips must undergo special reinforcement measures to maintain their use in space. Otherwise, once they are on the star, they will be affected by radiation and particles, and failure will cause them to fail.

3, heat dissipation, reliability, high temperature resistance,When the circuit is applied on the ground, the release of heat mainly depends on heat radiation and heat conduction; in the vacuum state of space, the heat conduction efficiency is extremely low, and the heat generated by the operation of the chip should be released as soon as possible.

The long period of research and use of aerospace models determines the slow update of component products, which may cause backward technology. Even if the price of high-reliability components is 10 times that of the same commercial product, it will not be able to make up for the backwardness of technology and the decline in market share caused by slow product replacement. Comprehensive assessment, the military and aerospace high-reliability components market has gradually lost the impact on the component market.

In this context, US component suppliers have become increasingly reluctant to support a market that requires separate production lines, complex inspection and testing procedures, and relatively high management costs and low economics. More and more traditional suppliers of high-reliability components have gradually withdrawn from the lower-profit military and aerospace markets. Since 1992, at least 12 large component suppliers, including Freescale and Intel, have withdrawn from the military market.

In the United States, 14% of the aerospace component project special funds are used to improve FPGAs (field programmable gate arrays), 12% for improved memory and 8% for advanced mixed-signal circuits. These are the problems in the world-class puzzle of the chip, and also the top card in the top card of the sky-high price chip. In Europe and Japan, there are also heavy funds invested in special funds for aerospace components.

Are the faults of the control

These national treasure chips are also the technical crystallization of US and European technology workers. Therefore, Americans have stricter control over the channels of these chips than population control. China is one of the countries under control and a competitor to the United States. It is a miracle that the chips that were not expensive in the United States could be shipped to China. As for the price, it is not a problem.

Related news
Apple dumped the hardware at the press conference, but there was no One more thing.
New standard igame g-one game all in one for E-sports Hotel
Hot news this week
Rich AMD b550 motherboard: 55 models are fully exposed
Director Wang Jing! Tencent Video: see you on May 22
Huawei the cheapest 5 G phone! The Z 5G is about to be released :90 Hz Water Drop Screen Plus
Microsoft speed! Windows 10 2021 will come next month
Why does China's semiconductor industry not have to be pessimistic?
Japan's first listed company goes bankrupt: China Ruyi group's abacus fails?
Three generations of sharp dragon make new! Amd ryzen 7 3750x / 3850x exposure: 105W super frequency little prince?
Tao Lin, vice president of Tesla China Foreign Affairs: Shanghai Super factory is expected to refresh "Tesla speed"
Seven manufacturers, such as Xiaomi, oppo and vivo, are too slow to join the mutual transmission alliance? On the spot
Honda China and Tencent sign a memorandum of strategic cooperation to explore the upgrading of the auto network service
The most popular news this week
Tmall 618 officially launched: the first hour pre-sale turnover increased by 515% year on year
Alipay consumer coupons effectively promote shop recovery, CPPCC National Committee member Liu Shangxi: to stabilize small and micro significance
The wool party is crying! US $3 billion in unused gift cards per year: Starbucks makes 140 million in cash
Alipay flower buys 2 tons of Huanggang roll to give the high school student net friend: this hobby is heavy.
Samsung's black screen system crashed because leap made a calculation error in April and lost more than 1000 photos after users repaired it
Huawei holosens released the next generation camera, saying it would build the first brand of machine vision
HuaweiEMUI knuckles screenshot upgrade plan :6 glory by end of may
Pinduoduo Gmv "water injection" doubt: next lucky?
Tiktok is also needed to make chips. Official denial: false information
Wang Jian said that he and Ma Yun are like Haier brothers: two ignorant teenagers have a lot to do with each other