CurrentlyMicrosoftFacingHuaweiThe service team has moved out of its headquarters in Shenzhen.

2. British telecom operator EE announced that 5G service will be launched next week and Huawei 5G will not be supported.Mobile phone

5. Some telecommunications companies in Taiwan will not sell after selling Huawei inventory.

7. Google decided to suspend support for Huawei's business (the ban is delayed for 90 days) 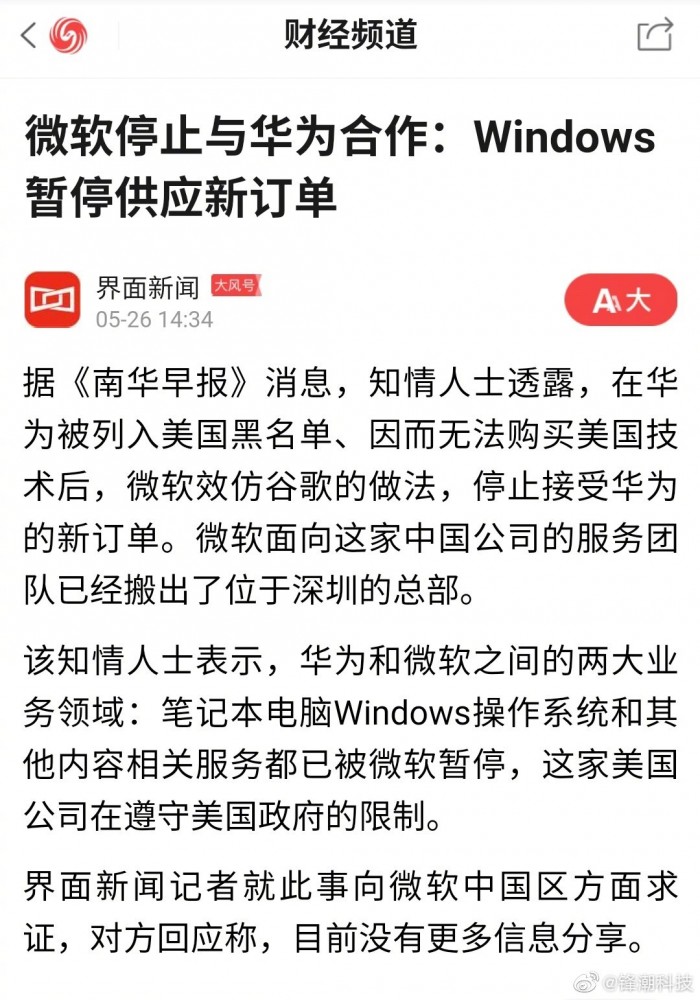