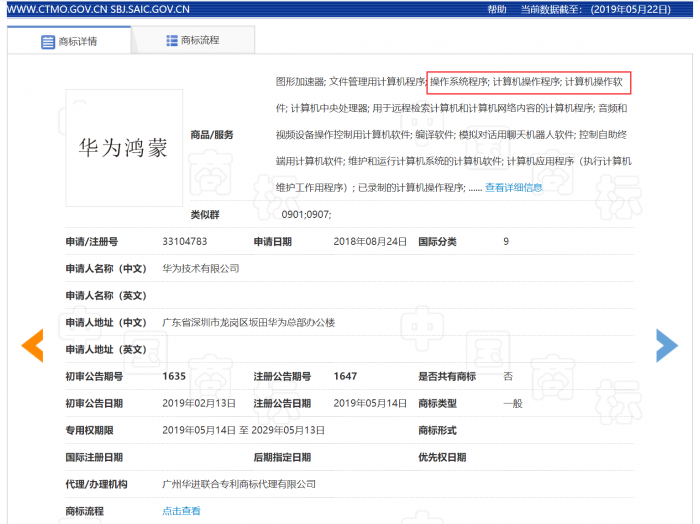 The two major systems in the United States refer to Google’s Android andMicrosoftofWindowsThey are the overlord of the mobile and PC. Among them, Android benefits from the open source feature, occupying more than 80% market share on the mobile side, the second is Apple's iOS system; on the PC side, the main players are Windows and Apple's macOS.

At present, the operating systems of domestic mobile phone manufacturers are basically based on the underlying Android system to improve, Huawei's EMUI,MilletThis is true of miui and so on. But this fall, Huawei is likely to break the existing pattern.

Huawei OS will be available soon

According to the reporter, Huawei has planned its own operating system since 2012, and the standby name is “Hong Meng”. Hong Meng, the usual interpretation is in the ancient times of Chinese myths and legends. Before the Pangu was opened up in the Kunlun Mountains, the world was a chaotic spirit. This natural vitality was called Hongmeng, so the era was called the Hongmeng era. Your own operating system may also bring a new situation to Huawei mobile phones.

It is reported that Huawei's operating system is developed by Euler Labs under the Huawei 2012 Lab. There are many laboratories in 2012, including Shannon Lab, Goss Lab, Scherd Lab, Euler Lab, Turing Lab, etc. . Huawei's achievements in basic research and development have gradually appeared.

On May 24, the reporter found in the Trademark Office of the State Intellectual Property Office that there were two trademarks named “Huawei Hongmeng”, and the applicants were all Huawei.

There are some differences between the two product names and services, one of which can be used as an operating system program, computer operating program, graphics accelerator and file management computer program; the other is computer software design, software as a service (SaaS), and can pass The website provides computer technology and programming information.

And Huawei had to "turn positive" to its own system, which was also caused by the US ban. On May 20th, Google said it was complying with the order and reviewed its impact. However, Huawei stated that it has the ability to continue to develop and use the Android ecosystem, domestic products are not affected, and existing products around the world are not affected. If overseas users cannot use Google GMS service on Huawei's new machine, the overseas market will be affected, but if Android loses Huawei's huge customer, its ecology will be greatly damaged.

Some insiders also said that for Huawei, the independent operating system is a backup plan in an extreme environment, and it is not intended to replace the partner.

In an interview on May 21, Huawei founder Ren Zhengfei told reporters that it is not difficult to make an operating system, and the difficulty is ecological. "How to build an ecology? This is a big thing, take it slowly. To be an operating system is not necessarily a substitute for others, because Huawei itself needs it in artificial intelligence and the Internet of Everything."

The mobile operating system has long been monopolized by Android and iOS systems, and other mobile operating systems have gradually been eliminated. Microsoft has officially announced the withdrawal of the Windows Phone system, and Samsung’s Tizen system has becomeTVSystem, Ali's operating system is transferred to the terminal such as the car. The advantage of Android and iOS lies in its good software ecosystem, which allows developers to create high-quality applications, and users are willing to pay for a virtuous circle, and developers are willing to continue development.

This means building ecology is the key, and the most important thing to build an ecosystem is developers, especially high quality developers. Whether it's Apple's App Store or Google's Android, you need to win over developers.

An Android system developer told 21Tech: "The developers around the Android/java system are very large and very high quality. They built a barrier that can be said to be almost impossible to destroy for the entire Android world and the Google ecosystem. In addition to Android systems, such as the TensorFlow framework behind AlphaGo, Google has also opened up some code and gathered a lot of developers."

However, it is not known that Huawei's operating system is another way, or similar to Android, using the Linux kernel. If it is completely different from Android and iOS systems, then the ecosystem that Huawei needs to construct will be very large, and it is necessary to draw a lot of developers to develop software applications for Huawei separately.

However, from the point of view of compatible Android applications, the probability of adopting the Linux kernel is relatively large, and there are also many challenges. The aforementioned developers also told reporters: "First of all, the OS must be popular or rely on Android applications. Although it is fully compatible, the Android application is updated with the update of Android, so Huawei's OS still needs to stare at the Android update. Secondly, whether other mobile phone manufacturers are willing to use Huawei OS is also a problem. If Huawei only uses it, although Huawei's mobile phone shipments exceed 200 million units a year, it is not easy to build Huawei ecosystem independently. Huawei mobile phones also use Huawei operating systems, leaving Google services, some applications are still not available. However, Huawei and Google are still discussing solutions, but also need to look at the follow-up situation."

But in the era of artificial intelligence, Google, Facebook, etc. have opened up their top-level deep learning framework, and freely give computing power, build a community for free, and even spend a lot of effort to train developers. The fundamental purpose is to build a very high migration. Cost, if the top developers are attracted to the Google, Facebook camp, it is very difficult to let them learn the domestic smart framework.

The same is true for the company. If there is a ready-made free open source technology solution, it takes great strength and courage to invest huge amounts of manpower to develop the underlying technology. In the artificial intelligence framework, there are Baidu's Paddle-Paddle, Ali's PAI, Huawei's Mindspore (not open source), but the volume is still small. At present, China can only expect giants such as Huawei and BAT to have such a determination to regain a game in the PC and Internet operating systems and in the future in the artificial intelligence operating system.

Related news
The new HUAWEI MateBook E is coming with the support of Luan 850 platform.
Huawei OS "Hong Meng" opened the battle of the operating system
Huawei "Ark" OS trademark exposure! Or Hongmeng Overseas Edition
Yu Chengdong: A Hongmeng OS can make up all the vulnerabilities of Huawei mobile phones
Hongmeng OS Warehouse will be listed on GitHub's top mobile phone by the end of the year.
Analysts are optimistic that Huawei Hongmeng OS: will have a global share of 2 per cent next year and 5 per cent in China
Hot news this week
Rich AMD b550 motherboard: 55 models are fully exposed
Director Wang Jing! Tencent Video: see you on May 22
Huawei the cheapest 5 G phone! The Z 5G is about to be released :90 Hz Water Drop Screen Plus
Huawei released operation data: an increase of 131.7 billion in R & D investment 29.8% Inventory up 167.4 billion 73.4%
Windows 10May 2020 information summary: release time, new features, etc .(figure)
Why does China's semiconductor industry not have to be pessimistic?
Japan's first listed company goes bankrupt: China Ruyi group's abacus fails?
Novel coronavirus pneumonia will be approved by the European Union after the United States and Japan. Reed will be used to treat new crown pneumonia.
Li Nan: abandoning Google and Qualcomm completely also has a single market of millions
Three generations of sharp dragon make new! Amd ryzen 7 3750x / 3850x exposure: 105W super frequency little prince?
The most popular news this week
Microsoft speed! Windows 10 2021 will come next month
Make masks more fashionable? US clothing industry takes over the market of non-medical masks
Analysis on the performance improvement of the whole line high frequency multi-core ten generation core game
Microsoft Surface duo brings improved stylus support for Android system
Microsoft is recruiting 16 engineers to speed up the development of folding dual screen mobile phones
[multi map] the new Cortana is separated from the "beta" label in the Microsoft Store
Chinese engineers suspected of cheating $1.5 million in anti epidemic loans in the United States: arrest
48 million main camera 120 Hz screen Redmi the most affordable 5 G mobile phone on the shelf :1799 yuan
There's a new change in iPhone 12: airpods sales are going up, and apple is doing it on purpose
Huawei Changxiang Z brings dual-mode six band 5g to the stage to make 5g purchase in one step