Millet Returns to the Old Way 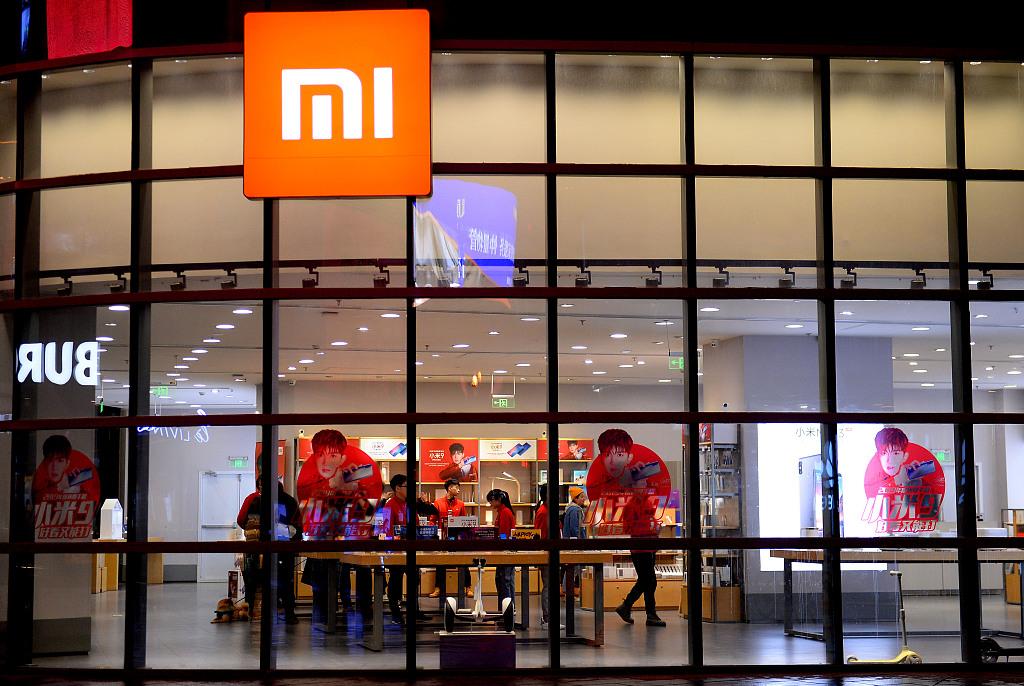 ABSTRACT: Interrupt the previous high-end development strategy and return to the priority of shipment.

In 2018, millet encountered many pressures, such as inventory turnover, shipment slowdown and so on. The period after its listing was not smooth, especially in terms of inventory turnover cycle. In 2018, the figure was 66 days, a record high, and the stock occupied a large amount of funds.

Inventory turnover has slowed, which is a sign of narrowing shipments, so by 2019, small re-sacrifice will be made to stimulate shipments.

May 28, millet will re-issue the opportunity of red rice period. Does the current strategy of millet conform to the industry trend, or does millet return to the road of performance-price ratio usher in a second upsurge of entrepreneurship? 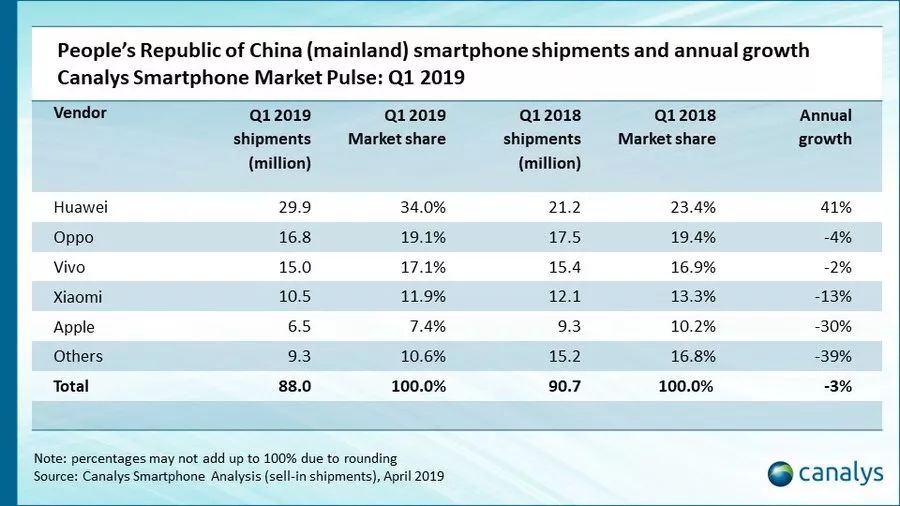 This is intended to show that,Millet has a large overseas shipment, but its sales composition is very single, mainly for mobile phone sales revenue.At this time, Xiaomi's complex IOT products, as well as the previous proud

In Q1 of 2019, the gross profit rate of mobile phone business dropped from 5.8% in the same period of last year to 3.3% in this season. Millet had previously declared that the gross profit rate of mobile phone would not exceed 5%. On the premise of 62% of overseas shipments, the adjustment of gross interest rate also shows that millet has made certain promotion strategies overseas, lowered prices, reduced gross interest rate and traded in at the expense of profitability.

Although this has affected the profitability, it has achieved some results in general.

On the premise that ASP has dropped from Q4 $100.447 in 2018 to 968 in this quarter, millet shipments have also increased by more than 2 million units annually compared with the previous quarter. Inventory has also been adjusted from 29.5 billion yuan to 25.9 billion yuan, releasing inventory and partly alleviating cash pressure.

In fact, this is also the stress reaction of millet in the poor external environment, which interrupts the previous high-end and middle-end development strategy.Return to shipment priority。

In the Internet revenue sector, Q3's MIUI had a ring-to-ring decline last year, which attracted great attention from the outside world. Since then, the ring-to-ring ratio has been developing positively in several quarters, which is a highlight of millet operation.

In 2019 Q1, Internet revenue totaled 4 billion 300 million yuan, while ARPU was 16.5 yuan in the current quarter, unchanged from the previous quarter. Combined with 2018 Q1, the figure was 16 yuan. Although the overall ARPU did not change much in a year, the number of millet phone advertising in the country was much higher.

Recently, the millet side said that the problem of excessive number of cell phone advertisements will be solved, and the quantity and quality of advertisements should be optimized.This part of the advertisement is mainly carried by domestic users, whose ARPU is essentially improved.

But after that, if millet truthfully carries on the advertisement optimization, this part of income will obviously be affected.

Overall, millet's performance-price ratio strategy has made some achievements in the short term, such as releasing stocks, expanding overseas markets, etc. However, Internet revenue has also entered a growth problem. Overseas millet should theoretically abandon the promise of gross interest rate not exceeding 5% (because there is no Internet revenue), and at the lowest level should also be close to the figure of 5%. At this stage, the performance-price ratio of overseas users is important. It is much lower than that in China, but it stabilizes the supply chain relationship behind millet through shipment volume, which is the key value.

At the beginning of Millet's entrepreneurship, its Internet mobile phone model attracted great attention. From the financial point of view, this model has a strong use of cash flow. From 2015 to 2017, the cash cycle (inventory turnover days plus trade receivables turnover days minus trade receivables turnover days) is - 20 days, - 35 days and - 38 days, respectively, as a mobile phone enterprise.Millet makes good use of supplier's account period. At that time, millet has quantity and brand, and has certain bargaining power for suppliers.

In 2018, we estimated that the average cash cycle of that year was - 20 days, although still negative, but it has contracted considerably compared with history.

Q1 in 2018, trade receivables increased to 6.3 billion from 5.1 billion at the end of last quarter, an increase that exceeded revenue growth.Millet has shown signs of boosting terminal sales confidence by extending retailers'accounts.

Since then, millet has gradually grown from an early pioneer of the Internet mobile phone brand to a traditional mobile phone enterprise. Especially in overseas trips, millet home also appears in the form of authorized stores. Millet needs to encourage or even please local distributors to stimulate sales, which is hard to imagine in the early period of insisting on Self-owned millet online.

From this point of view, it is still early to say that millet has reached the crisis stage, because although the external environment has been much worse than before, millet still has some room for manoeuvre depending on past achievements:

1. Enlarging the volume of shipments and continuing to improve the bargaining power of manufacturers. Nowadays, most of the industry participants are delisting. The performance of manufacturing enterprises depends more and more on oligopoly enterprises. This is good news for millet. Under the background of the big four domestic manufacturers, Huawei, VO and millet, the bargaining power of suppliers will be weakened (if involving scarce components, this logic is not applicable).

2. Encouraging third-party distributors through various means, especially overseas, I personally communicate with local millet store staff in Russia, Thailand and other places. Their sales performance is generally acceptable, but the hot products are relatively single, mostly concentrated in the red rice series, the performance of high-end millet products is general, the brand upgrading of millet abroad and the improvement of incentives for distributors'sales. There is room for improvement in phenomena.

Today, mobile phone revenue is still the top priority of Xiaomi(Internet income and IOT class and mobile phone). Under the background of de-inventory, Xiaomi has become more and more hardware, and it is currently listed with the earliest.

There are quite a lot of discussions about millet upgrading and downgrading in the industry. We prefer that today's cost-effective strategy is short-term self-insurance: using the supply chain and distributor confidence behind the stability of shipments. When the market turns better, we will go back to the road of upgrading, but it will be much harder then than it is now.

Related news
How to break in the second half of the Internet (I)
Hot news this week
Rich AMD b550 motherboard: 55 models are fully exposed
Director Wang Jing! Tencent Video: see you on May 22
Huawei the cheapest 5 G phone! The Z 5G is about to be released :90 Hz Water Drop Screen Plus
Microsoft speed! Windows 10 2021 will come next month
Why does China's semiconductor industry not have to be pessimistic?
Japan's first listed company goes bankrupt: China Ruyi group's abacus fails?
Novel coronavirus pneumonia will be approved by the European Union after the United States and Japan. Reed will be used to treat new crown pneumonia.
Three generations of sharp dragon make new! Amd ryzen 7 3750x / 3850x exposure: 105W super frequency little prince?
Tao Lin, vice president of Tesla China Foreign Affairs: Shanghai Super factory is expected to refresh "Tesla speed"
Honda China and Tencent sign a memorandum of strategic cooperation to explore the upgrading of the auto network service
The most popular news this week
Huawei holosens released the next generation camera, saying it would build the first brand of machine vision
HuaweiEMUI knuckles screenshot upgrade plan :6 glory by end of may
Pinduoduo Gmv "water injection" doubt: next lucky?
Tiktok is also needed to make chips. Official denial: false information
Wang Jian said that he and Ma Yun are like Haier brothers: two ignorant teenagers have a lot to do with each other
14nm technology has been mass produced in Huawei Kirin chip, 7Nm international R & D for a long time
American technology industry "big escape ": suburban refuge
With a market value of more than $150 billion, Tesla will challenge Toyota?
One thousand yuan hot money reservation! Huawei Changxiang Z first hand: 90hz screen / 1699 best choice
Is the net broken again? Windows 10 takes the lead in one second